As the Knights of the Frozen Throne expansion continues to run out of steam, it’s time to start looking forward. What are we looking for in the next Hearthstone expansion? This time, that question is harder to answer than usual. But I know what my answer is, and hopefully Blizzard agrees.

The Meta is “Healthy”

Oftentimes when we discuss potential changes, we look at the current meta and see what needs fixing. New expansions are no exception. When Pirates are common, we want Pirate counters. When Druids are common, we want them to go away forever, because no one loves Druid players. New cards are often designed to combat issues in the meta, and they are the easiest ones to request.

However, we’re in a fairly balanced meta, at least as far as classes are concerned. You can pick up a meta deck from any class, go into ranked, and expect to have a near 50% win rate. I talked about this here, but this is something we haven’t seen in Hearthstone in a long time. There’s not much to ask for in terms of class balance. The only serious problem in Hearthstone’s current meta is that aggressive decks are running rampant.

What I really want out of the next Hearthstone expansion is for Blizzard to scale back the power of aggressive decks. Unfortunately, that can’t be done by releasing new cards, because the existing ones are just too strong. If they released new control cards that were strong enough to keep aggro down, the new cards would be broken and the next iteration of aggro would be even stronger. It’s nearly impossible to keep the two balanced, and Blizzard has done an exceptionally poor job of it. Power creep has forced every deck to be insanely powerful, and most games are decided by turn five now, which is unfortunate.

The cards that have been released in the past to combat aggression are either ineffective or get adopted by the aggressive decks themselves. Tar Creeper, a common aggro deck component, is a perfect example. Spreading Plague is the only card that’s had any luck in toning down aggression, but it was unbalanced and a large part of why Druid dominated the meta for so long. For a card to actually combat aggression, it has to have a decent stat line as well as providing defense through either healing or taunting. However, these cards work perfectly in flood decks as well, so it becomes a no-win scenario.

In order to see have any real change, the aggro decks need to be the focus of Blizzard’s changes. Printing new cards won’t change the meta in any meaningful way–all it will do is put different aggro decks up front. At this point, even ‘control’ decks are basically aggro, very rarely waiting until even turn ten to win. The only way to correct the crappy speed meta we’re in is to allow all the common aggro cards to rotate out, or spread massive nerfs across the board, allowing the meta to settle down significantly. Unfortunately, this will  probably never happen, because Blizzard hates nerfs. And the new cards will likely only make the problem worse, because if they sucked, no one would buy them. Without Blizzard stepping in and making some huge changes, we’ll be stuck with an even more aggressive meta in the next Hearthstone expansion.

The best solution by far would be handing out serious nerfs to the most popular aggro cards. Tone down nearly every meta card by a full tier. I want Blizzard to make Chillwind Yeti a viable card again. That’s how big the nerfs need to be if we want Hearthstone to return to a semblance of balance and stop being a game that’s over at five turns.

What else do I suggest? I’ve said this a few times now, but Blizzard should raise the starting health for each hero. Printing new stronger cards is not the solution, and it only makes the problem worse in the long run. The core gameplay itself must change. If the health totals were increased, it would effectively be the same as massively nerfing most of the aggressive decks. With larger health pools, control decks would have the upper hand for a brief period.

The only real answer is for Blizzard to stop being cowardly about nerfs. Balance the game. We don’t want our opening hand to determine a win. There’s no skill or enjoyment in that. The last few metas have been a downward spiral, slowly turning every single deck in the game into something that’s strong enough to kill you before you draw a quarter of your deck. Something drastic needs to happen, or all but the most casual of players are going to stop playing. We’re already seeing professionals and longtime community members moving to other games, and I doubt that’s a trend that will slow any time soon.

This is the first time in a long time I’m seriously considering not buying the expansion preorder. I’m tired of the game getting faster. Every time the average turn win count goes down, the game gets a little bit less skill-based. At this point, nine times out of ten you can tell if you’re going to win or not by looking at the three cards in your opening hand. Is that skill-based gameplay? No, it’s not. But without serious changes, it’s all Hearthstone will ever be. The Hearthstone I fell in love with years ago has been gone for a long time. Strategy and skill take a seat a little further back each expansion, and we’re left with a coin-flipping simulator.

Blizzard has fallen into a rut of power creep, and they’ve dug about a half mile lower than their ladder reaches. Unless they can build an elevator, they’re stuck down there. And I’m tired of being stuck with them. 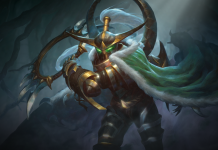