Dota 2 Craig Linscott -
-996
Silencer Here is a Hero that can silence entire stadiums of screaming fans. A fun trend that is going around in the larger LAN tournaments...
Featured image via Hearthstone Decks & Guides.

Each class in Hearthstone has a unique Quest card in the new Journey to Un’Goro expansion. For Mage, your Quest is to play six spells that didn’t start in their deck. When they complete it, they are granted Time Warp, a spell that lets you take another turn. This is obviously incredibly strong, and can be used to set up numerous combos. There are two combos that are fairly consistent one-turn kills that we’ll be looking at today. Both are incredibly strong, and fairly consistent. Mage’s Quest deck is extremely powerful at the moment, and I’d personally classify it as tier one.

I said that there were two versions of this deck. This is the one that’s generally agreed to be better. The other one takes out the combo (Antonidas, Sorcerer Apprentices, Molten Reflection) and adds in Giants and Alexstrazsa. I’ve played both, and while the Giant version is more fun (personally), the Antonidas version is stronger. You simply run into taunts and other issues too often playing the Giants. Antonidas avoids that with an infinite damage combo directly to face.

If you’ve ever played Freeze Mage, you’ll understand this deck quite well. Your goal is to stall the game until you have all your combo pieces, then simply win. This is the combo you are aiming for: Two Sorcerer’s Apprentices, two Molten Reflections, Antonidas, and any spell, for the first Fireball. (Obviously, you need Time Warp as well.) You play two Sorcerer’s Apprentices, six mana left. Two Molten Reflections on the Sorcerer’s Apprentices, three mana left (the first costs two, the second costs one). Then you play Time Warp for only one mana, and end your turn. All of this only costs eight mana, so if you’re really lucky you can technically do it on turn eight. On your next turn, you play Antonidas, any spell that costs less than seven (since it’s three with four Sorcerers in play), and you can chain infinite zero mana Fireballs!

The entire rest of the deck is built around stalling and drawing cards. If you’re really unlucky then one of your combo pieces will be the bottom card in your deck. To get around this as best as possible, we run as many draw cards as we can afford. This includes Coldlight Oracles, since we don’t mind if our opponents draw, as long as they are frozen. The goal is to force your opponent to take a while before they can kill you, then freeze the board infinitely. Between freezes and Ice Block, you can stall for four or more turns fairly reliably–far more if you get lucky spells from your random effects. Once you’ve assembled the combo, you simply play it and win.

Mage’s Quest deck is incredibly strong against slow decks. If they aren’t threatening to kill you by turn five or six, you’re probably going to win. If you can easily get your Time Warp finished and still have room to draw cards, your opponent doesn’t have much chance. Ironically enough, this means that now the best counter to Control Warrior is the new Freeze Mage. It is also excellent against most Jade variants, Elemental Shaman, all Priests, and slower Warlocks.

The Mage Quest deck does quite poorly against extremely fast decks however. Hunter and Pirate Warrior tend to destroy this deck. The Rogue Quest deck matchup is highly dependent on when they finish their quest. However, it’s not in our favour. I haven’t actually played against any Murloc Shamans yet, but I can’t see them not wrecking this deck. All in all, this is a very standard control deck in terms of matchups. It’s the best control deck, since it auto wins when it gets its combo together. But it still gets crushed by most really fast decks, typically. 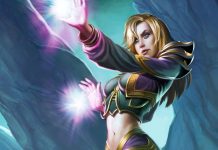 The Best Quest Decks in Journey to Un'Goro