CS:GO Eugene Torubalko -
-16
CS:GO DreamHack Recap DreamHack 2020 is already at the doorstep. It marks a new beginning, but at the same...

Journey to Un’Goro has been out almost a week now, and while it’s clear that there’s no shortage of viable decks, we’re starting to see Hearthstone’s new meta take shape. The Standard rotation has killed quite a few decks, but the expansion has enabled many more. Almost every deck has gotten a small rework–some have needed a drastic facelift to remain competitive, while others have only needed a couple tweaks here and there to hold their own in the post-Un’Goro meta. There are a lot of strong new archetypes in Un’Goro right now, and although none of them are entirely dominant, these three decks are the best in the business as far as winning is concerned.

So far, the Rogue Quest deck is the most common deck by far. No one thought the Rogue Quest was any good, but on the same day that Journey to Un’Goro was released, streamer Dog piloted Rogue’s Quest to rank one legend. Since then, everyone has been trying it, and it has proven to be quite strong. This deck does rely heavily on draw RNG, but it does have several ways to address this shortcoming. Before the Quest is completed, you’re not much of a threat, but once you’ve finished it? The expected outcome is a one turn 30-0 kill. 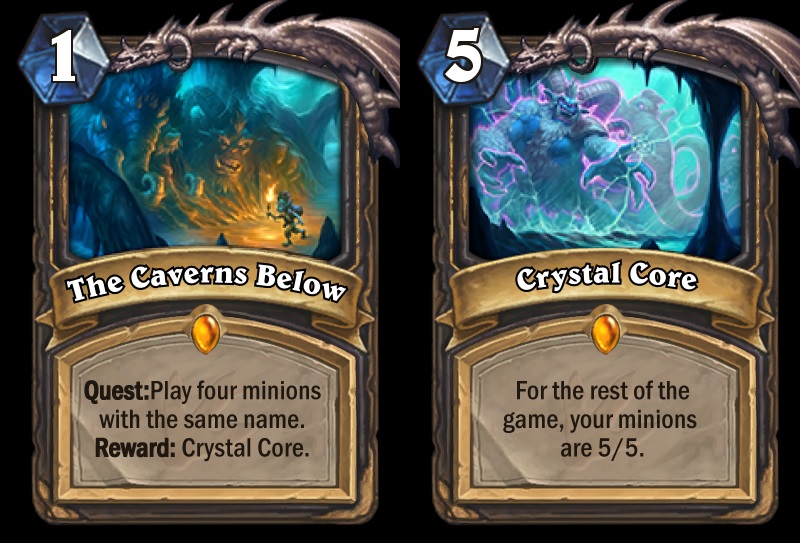 Since the strength of the deck depends entirely your ability to finish The Caverns Below, fast decks are an effective counter to this iteration of Rogue. Pirate Warrior and Hunter are good choices. You should also note that the deck runs into serious problems in games where you draw poorly–trust us, it’s not pretty. Ideally, you’ve got the Quest completed somewhere between turns 4 and 6. By turn 7+ your opponent will be starting to kill you, and Crystal Core won’t have as large of an impact. It can also be vulnerable to the new Mage Quest decks, especially if they’re able to lay down permanent freezes. If you’re lucky enough to have found The Caverns Below in one of your Un’Goro card packs, you should definitely give this deck a shot.

The popular versions of Mage’s Quest deck aren’t quite as powerful as Rogue’s Quest deck, but they’re far more interesting. There are two main variants of Mage Quest decks, and both heavily rely on stalling until they can OTK (one turn kill) their opponent. You’ll use cards like Frost Nova and Ice Block to delay your opponent until the pieces come together–once you’ve got the Quest taken care of, you’ll have two turns in a row where your damage output is 30. The Giant variant of the deck uses low cost Giants and, eventually, Alexstrazsa to lower your opponent’s health. The Antonidas variant combines two Sorcerer’s Apprentices, two Molten Reflections, and Antonidas. With all of those you can create an infinite damage combo with 0 mana Fireballs. 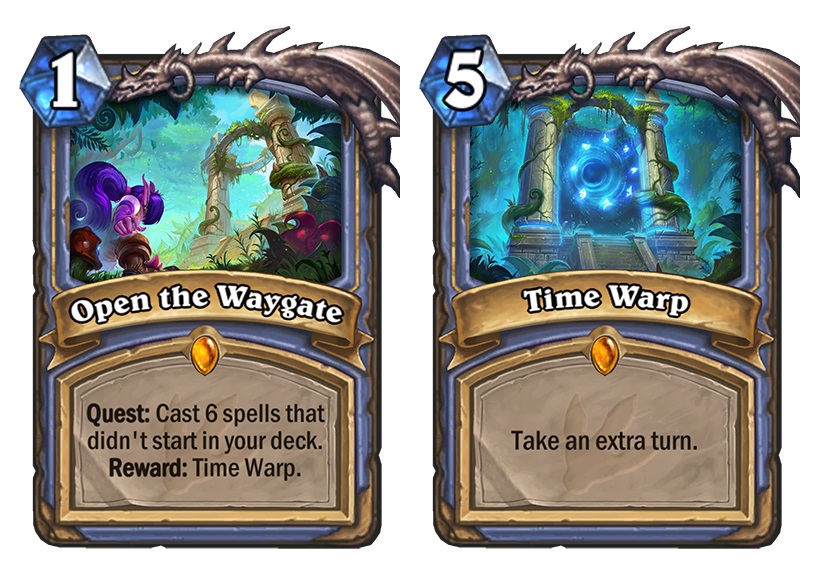 Infinite damage sounds great, right? Well, it is great. But the great weakness of this deck is that it crumbles against almost any deck that can apply strong enough pressure during the early game. If all of the Mage’s turns are dedicated to stalling, they can’t create the spells to activate their Quest. It’s quite weak against Pirate Warrior and early Rogue Quest activations. Bad draw RNG can also be a serious problem. If one of your combo pieces is at the bottom of your library, you’re not left with many options other than to keep digging until you grab it. You’ve got a lot of draws to work with here because of the stalling mechanics, but bad RNG is always an obstacle in combo decks.

Pirate Warrior remains incredibly strong, and it’s one of the few decks that can beat the strong new Journey to Un’Goro decks. Since Rogue is around 50% of ladder, you can easily farm these poor rubes to climb the ladder. Not much needs to be said about Pirate Warrior, honestly. There’s nothing new here. Play your Pirates, go face. Play your weapons, remove threats, go face. Go face. Go. Face.

But all is not lost. Pirate Warrior remains weak against some other early decks. It struggles against the new Murloc decks, and the Elementals can certainly hold their own. Handlock consistently shuts it down. Pirate Warrior is (still) obnoxious, but it’s not unbeatable by any means. 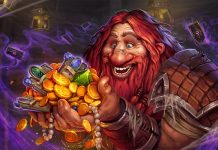 Journey to Un'Goro: Are Hearthstone Cards Too Expensive?