Hearthstone Eugene Torubalko -
-79
Hearthstone Scholomance Review The time for cards reveal from the upcoming expansion has already begun. From July 22 to July...

Aggro Murloc was a thing back in beta. Warlock Aggro Murloc was actually viable, if not top tier. However, since then Murlocs haven’t received much love. The Murlocs that have been released since beta mostly fit in niche settings. One of very few aggressive Murloc cards is Everyfin is Awesome, a Shaman card that buffs Murlocs. It was enough to make Murloc Shaman a decently fun casual deck that could win a fair number of games. But it was never enough to be competitive. That all changes with Journey to Un’Goro’s Shaman Quest.

To Unite All Murlocs Within Our Nation

The new Shaman Quest is called Unite the Murlocs. It is, like the other quests, a one mana card that reliably appears in your opening mulligan. The quest is complete once you have summoned ten Murlocs–and that, my friend, is a lot of Murlocs. When you complete the quest, you get Megafin. Megafin is Neptulon on steroids. He’s a five mana 8/8 that fills your hand with Murlocs, and doesn’t overload. This card is absolutely bonkers. If you’re able to play this, the odds of losing become rather low. 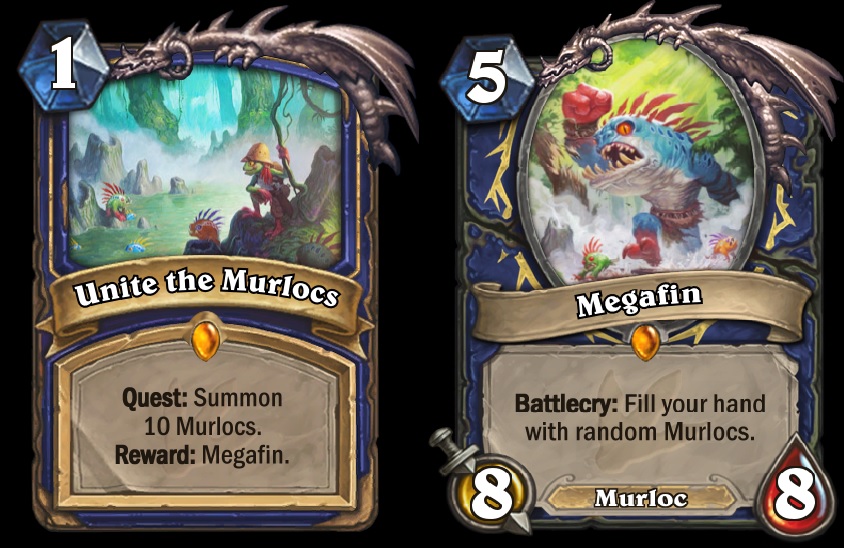 One of the biggest issues with Murloc Shaman is that you don’t have a good way to refill your hand. Murloc Warlock had life tap, but Shamans don’t have much in the way of draw. Megafin makes this a moot point. In fact, you want to play your entire hand before playing him for maximum value. If you’re able to empty your hand and drop him you get ten free Murlocs! He could be a 1/1 and he’d still be crazy strong, but he’s also an 8/8 to boot. Megafin seems pretty darn incredible. If you can play him, of course.

Too Many Murlocs, Not Enough Time?

Ten really is a lot of Murlocs. But you have to keep in mind that the Quest needs you to summon ten Murlocs, not necessarily play them. This means you can play Murloc Tidehunter, and it will count as two Murlocs summoned. On the same note, Call in the Finishers counts as a full four Murlocs. Still, ten will be tricky. There’s only one scenario with currently existing Standard Murlocs where you can finish the quest by turn four. It involves going second, having two Murloc Tidehunters, two one mana Murlocs (coining one of them at some point), and playing Call in the Finishers on four. If you’re lucky enough to find yourself in this situation, you’ll hit ten Murlocs by your turn four. 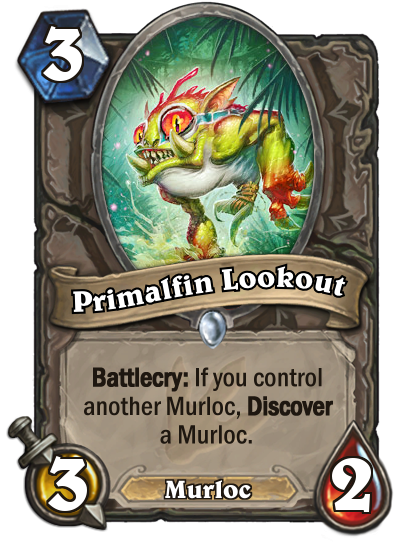 six and eight. Keep in mind that Megafin costs five mana himself, so you’ll usually need to wait a turn to play him. Is Megafin just as good on turns six-eight? He’s still insane, and a lot of slower decks hit their stride at around that point. It will be interesting to see how the Aggro aspect of this deck pans out. The other new Murloc announced will definitely help with sustain, at least.

The other new Murloc in Journey to Un’Goro, Primalfin Lookout, is an incredible addition to Murloc decks. You almost always have the board early in Aggro Murloc, so its effect will be very consistent. We all know how powerful Discover is, and between Primalfin Lookout, Megafin, and Coldlight Oracles, Murloc Shaman might finally have enough sustain to finally be competitive. 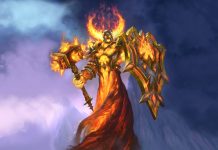