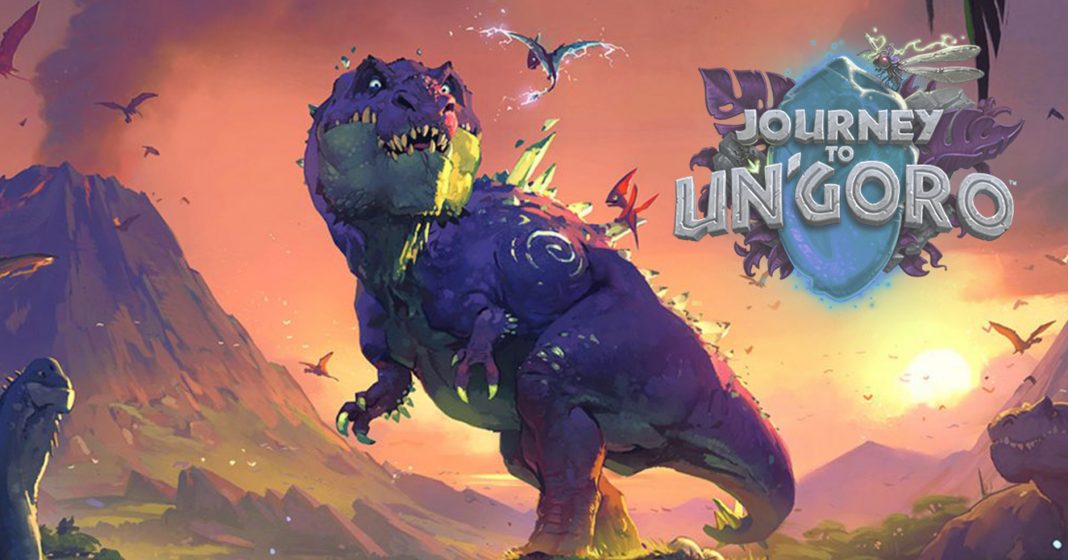 The Journey to Un’Goro reveal season is finally upon us. Over the next two weeks, the entire 135 card Hearthstone expansion will be revealed. Eleven new cards were announced today, including four new legendaries! Fifteen cards have been revealed so far, and more are on . Before we take a look at these fresh legendaries, I just want to say that barring the Adapt mechanic, I’m liking what I’m seeing so far.

It is confirmed that there will be a quest for each of the nine classes in Journey to Un’Goro, and the Priest one was revealed a few weeks ago. Now we’ve seen the Warlock one as well. Warlock’s quest seems fairly simple: discard six cards, and you’ll be rewarded with a Nether Portal. The Nether Portal is a five mana card that summons two 3/2 Imps. Every turn. Forever. It is immune to everything as well. There’s no way to get rid of it. Blizzard’s team joked that the only way to get rid of it is to concede. 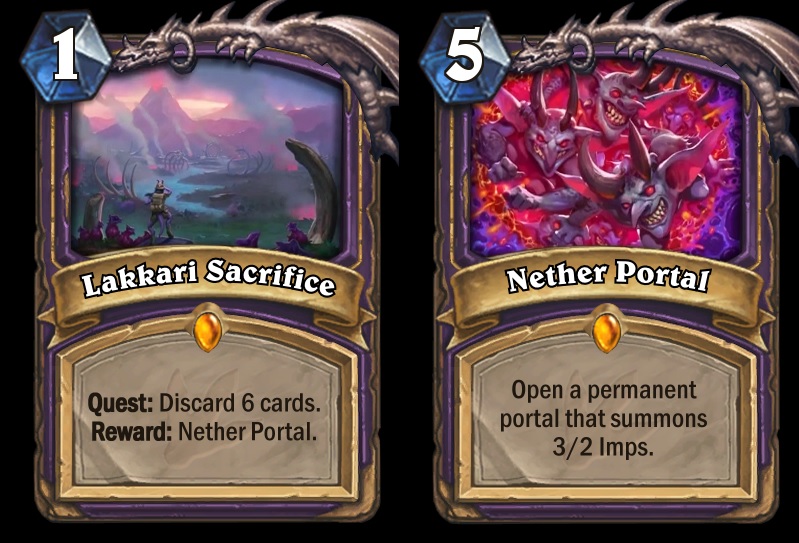 I really like this portal for the fact that it can work in a variety of decks. It was showcased alongside a new defensive Warlock card–Lakkari Fellhound is a four mana 3/8 with taunt that discards two of your opponents cards when it comes into play. These two cards are a huge entry into Warlock’s arsenal. This means that not only can Discard Zoo use the portal, but Control Warlock can as well! There will be enough defensive capabilities that this sort of long-term discard will be viable. I’m pretty excited to test this out a lot, and I’m really looking forward to the other quests.

King Krush has a Brother? 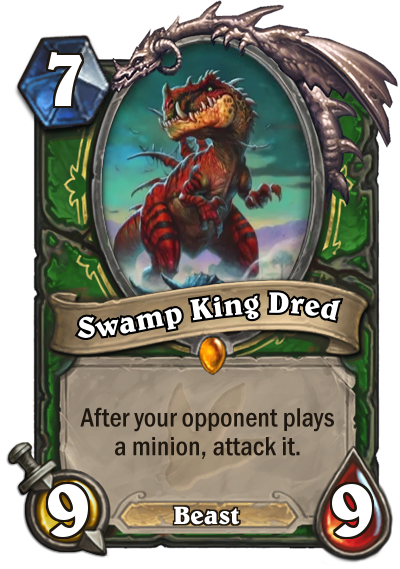 The new Journey to Un’Goro Hunter legendary was also revealed: Swamp King Dred. The new card is pretty much King Krush’s older brother–he’s an absolutely massive beast that forces opponents to respond immediately.This is a really good card for Midrange Hunter or Control Hunter. Realistically, most of the time Swamp King Dred going to simply draw out removal. But it does draw that removal, and it must be removed quickly. Traditional minion combat removal is possible, but the Swamp King has a massive body, so it won’t be easy. Poison is definitely an incredible counter to this card, I hope they add a few minions with the mechanic!

This card isn’t groundbreaking in any way shape or form. It’s simply a big minion that requires an answer. It will go perfectly alongside Savannah Highmanes as just one more threat that must be removed. The best part about it by far is how low the cost is, making it viable, in my opinion. I’ll be very surprised if this doesn’t see play. 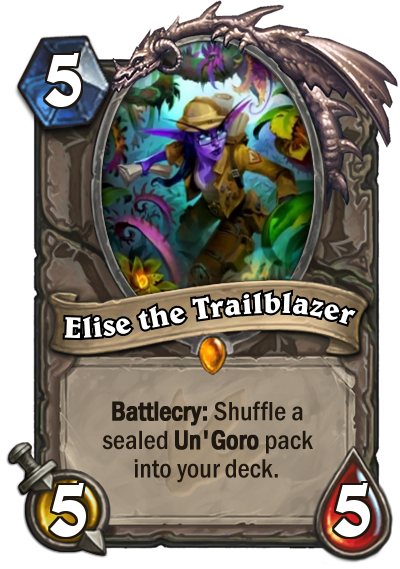 Elise is also quite lucky. According to the developers, the average pack that was added was quite weak, so they upped the rarity. Now, each deck summoned by Elise the Trailblazer is likely to contain one legendary, and guaranteed to have an epic. This is a fascinating mechanic, and I hope that it isn’t too strong for control decks. Five cards is a lot to add to a deck for two mana, even if there’s no promise that the cards will synergize well with your deck. It is definitely a great control mechanic, and I hope it remains viable against Jade and Kazakus. Maybe Elise will herald the return of Control Warrior? 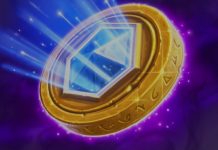