Dota 2 Craig Linscott -
-996
Silencer Here is a Hero that can silence entire stadiums of screaming fans. A fun trend that is going around in the larger LAN tournaments...
Featured image via HearthPwn.

Zoo Warlock (Zoolock) is one of the oldest decks in Hearthstone. Along with Control Warrior and Freeze Mage, it’s been around since the early Beta days. However, just like the other two, Zoolock was killed by the Mean Streets meta. With decks like Pirate Warrior and Aggro Shama, Zoolock simply wasn’t fast enough to keep up. However, recent nerfs may have been enough to bring Zoo back from the dead. This weekend, in fact, popular streamer RDU piloted a Zoolock deck to 12-0 in the Heroic Tavern Brawl. Let’s take a closer look at his deck and Zoo in general.

Why was Zoo forced out of the meta in the first place? The blame can be placed squarely on two cards: Maelstrom Portal and Spirit Claws. Zoolock relies on grabbing the board early with tiny minions, and then holding it with buffs–they’ll play a 1/1, you play a 3/2, and then they buff their 1/1 and trade. Zoolock maintains ownership of the board and makes his own side bigger. It’s a fairly easy concept, and board control decks are nothing new. However, Zoolock decks frequently play minions with very low health pools, unlike other control decks which often rely on more durable minions.

Maelstrom Portal and Spirit Claws are simply too effective for Zoo to contest with. That’s really all it boils down to. They can compete with Pirate Warrior to an extent, but Shaman simply blew them out of the water. When Maelstrom + Claws was a part of every variant, it was hard for Zoo to hold his ground.

Small-Time Buccaneer and Spirit Claws were nerfed, which was a huge hit to Aggro Shaman–he quickly dropped a tier and a half in the rankings. This was a huge buff for Zoo in two major ways. First, Spirit Claws isn’t going to be in nearly as many decks, which offers a degree of comfort to Zoolock decks. Even more importantly, however, is that Shaman is now far less prevalent. The hard counter for Zoo just isn’t as popular as he was before. Of course, Zoolock decks still have a hard time against Jade Claws, but the matchup is a lot more manageable regardless. 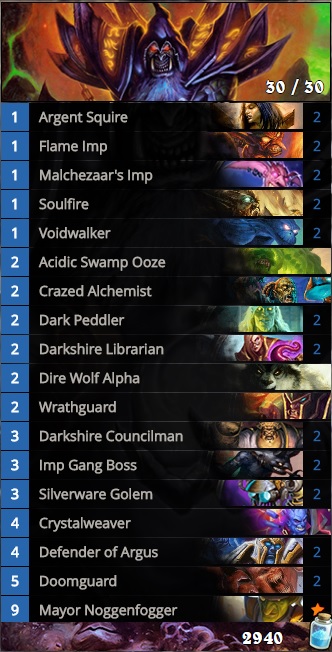 RDU originally piloted this deck as a joke. He opened Mayor Noggenfogger and his friend dared him to run it. He decided on Zoo for the entire purpose of discarding the Mayor. Absolutely no one expected the success that the run turned into. He played against a variety of decks, including four Shamans and three Druids.

RDU convincingly won most of his games, rarely relying on lucky rolls. The best part? He didn’t play Noggenfogger in any of his twelve games.

The fact that RDU beat so many Shamans with his Zoolock goes to show how strong the deck has become in the current Hearthstone meta. It can beat out Jade Druids as well, a common opponent in ladder games. The deck isn’t top tier yet, but it’s certainly making a comeback. 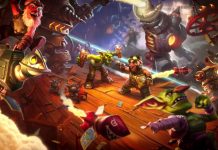