The Season Comes to an End

Riot has spoken. The 2016 League of Legends season will come to a close on November 7th; less than 3 weeks from now, as we shift into another experimental pre-season.

Now is the perfect time for last minute LP farming. The pressure is on and the clock is ticking down. Whatever kept you from testing yourself against similarly skilled opponents throughout the year is rapidly transforming into the reason you’re not going to earn a shiny new border for 2017.

You do want a border, don’t you?

The Pressures of Ranked Games

A lot of my friends don’t play ranked. They claim it’s too stressful, or they’re afraid to see what rank they will get it. The truth is these are fairly common viewpoints shared by more casual players throughout the League of Legends fanbase. But that doesn’t mean they are valid.

One of the primary reasons video games are able to distract you from doing more important things relative to your own schedule (homework, ‘work’ work, chores) is that they provide you with a steady stream of accomplishment. When you win a game you feel a tremendous sense of accomplishment, especially when it was hard-fought.

Ranked games amplify this effect, even though a normal game appears virtually the same to an uninformed observer. This causes a lot of people to freak out. They don’t like playing at these perceived high stakes because if (when) they misplay, they will feel 10x worse about it.

Why You Should Grind Anyway

In my opinion, you need to identify this error in thinking, and then stare it right in the face as you queue up for another game. You can’t let a simple ranking system intimidate you.

Every gamer should have the privilege of experiencing the jubilation of reaching a new personal best in a competitive online game. There is something special about testing exactly how far you can go in any facet of life, gaming included.

The 2.5 weeks you have left of the 2016 season might not be enough to fully test your abilities, but it’s a good start. Think of it as a test run before the 2017 season begins in late December.

You wouldn’t want to miss out on Victorious Maokai, would you? 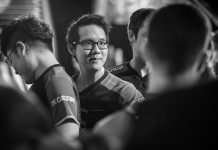