Dota 2 Eugene Torubalko -
-441
What to Expect for the Spring 2021 Dota Plus Update Dota Plus is a premium monthly subscription service in Dota 2. It comes with many...
Azir is kill.

Riot’s been systematically neutering its strongest champions. Not nerfing – I’m talking 2 miles out, 6 feet under. I implore you to look at the champions with the lowest win-rates. In fact, I’ll make it even easier for you by just showing you the graph.

A look at the win-rates

The lowest of these is Azir at 42.7%, and Lee Sin tops off the bottom 10 at an unimpressive 46.6%. Something about this list is pretty familiar though. It kind of looks like a professional League of Legends draft, save Kled (understandably, having just been released) and Nunu. The rest of these champions were without a doubt, the strongest picks in the past months, some having control over their thrones just weeks ago.

For some people, these win-rates are refreshing. “Thank goodness Azir is out of the meta-game. Now other champions have a chance to shine!”, or perhaps “Tahm Kench was so anti-fun – good riddance.” There’s definitely some truth to this. Mid-laners for one, definitely have more options in competitive play. Many of the champions who were previously outclassed by Azir now have a chance to glow in the spotlight; but for most, it’ll just be a short stint.

In the top lane, we are already starting to see supremacy re-emerge in the wake of Poppy and Vladimir’s departure. Gnar’s been taking over, and Gangplank is following in a close second, only because of his unstoppable late scaling (so teams effectively sandbag everything early). At marksman, Ashe, Sivir, and Jhin reign supreme. Without a doubt, Riot’s balancing is on a rotational basis, which begs one major question:

I’ve definitely hopped off of the fence for this one. The complete dismemberment of champions is unacceptable in my eyes. It’s tough to analyze Riot’s actual balancing act. They take into account a million different factors, especially qualitative ones completely separate from win-rates, and frankly the single most illuminating pattern is impossible to discern: we don’t know when Riot takes incremental change.

They make arbitrary rulings on which champion kits are “healthy” for design. I’ve discussed with my peers, and frankly sometimes we see some harshly unjustified nerfs or buffs. They need to slow down and speed up.

A lower elasticity in approaching balance, combined with a quicker response time would likely create a healthier game environment. Incremental change should be the first option explored when facing challenges. There’s no need to pull the trigger on these champions so hastily.

Did we learn nothing from Harambe? 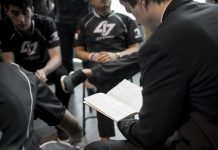