And then there were two.

The 2016 North American LCS playoff semi-finals have officially concluded, leaving us with the match-up for all the marbles: TSM versus Cloud 9. Let’s take a step back and look at how we got here:

Just a couple days ago I said that Immortals would 3-0 Cloud 9, because of their superior team fighting and laning ability. Obviously Cloud 9 didn’t get a chance to read my article, because they went out and defeated Immortals as convincingly as you can for a 3-2 series.

C9 top laner Impact was the consensus MVP of this series among social media. He didn’t just absorb the pressure put on by the dynamic duo of Huni and ReignOver, he completely out shined Huni throughout the series despite receiving minimal resources from his fellow teammates.

This victory serves as evidence just how big of an impact the hiring of coach Reapered has had for Cloud 9. After swapping out their top laner, all-star jungler, support, and coaching staff, Cloud 9 will return to the NA LCS finals to take on TSM once again.

Unlike Immortals, TSM showed that they are capable of playing League of Legends at its highest level no matter what the stakes are in their 3-0 sweep over CLG. TSM went into this series the heavy favorite (I had them winning 3-1), but even still, a 3-0 remains impressive.

Things got off to a rough start right away for CLG when TSM earned the right to call for a remake due to a visual bug relating to Aurelion Sol’s passive. Riot officials ruled that Auerlion Sol – a known pocket pick of Huhi’s – would be disabled going forward in the series.

This series had TSM demonstrating once again that they are a hydra; a multi-headed monster which becomes stronger when faced with adversity. Pressure Doublelift and Biofrost in the bottom lane? Solo laners Bjergsen and Hauntzer will take note of that and dial up the aggression in their own lanes. Hauntzer especially looked on point this series by completely bodying Darshan in every game.

Cloud 9 have earned their right to take their best shot at the North American juggernauts (who have only lost to Phoenix1 so far this split), but do they really have a fighting chance?

Coach Reapered has molded this group into a stronger team by re-building the way they communicate in-game from the ground up. Meteos has returned to the LCS just as strong as when he left it. Impact has been looking more like SKT Impact than NRG Impact in these playoffs so far. Even with all of this in their favor, I can’t see C9 defeating TSM.

Prediction: 3-1 TSM, but don’t be surprised if TSM sweep them. Cloud 9 has had an impressive split they can be proud of, but there’s something special about Summer’s TSM. 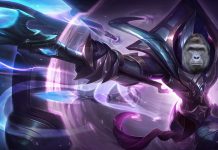