I bumped into dankcloud (mandatorycloud) the other day in a game, getting absolutely carried by the former LCS star. But perhaps the more surprising aspect of this was that he was playing Kha’Zix jungle. The experience really had me introspecting – why am I not as versatile as he is? I then realized that I was raised on the bruising fields of top lane, never really exploring a diverse pool of champions, purchasing new ones almost exclusively for trading purposes.

In contrast to my role, I concluded that midlaners would definitely be the most versatile and skilled players on the entire rift for 3 reasons: a variety of viable champions for their role, a high-supply position, and the consistent pressure to carry. While someone who ‘mains’ the role would probably still play it best, midlaners are probably the most equipped to ‘fill’ any other position.

You can basically throw any champion into the midlane. We’ve seen everything from mages, to assassins, to marksmen, and often supports. Midlaners have even found themselves playing Soraka at times, one of the champions who was never supposed to leave the duo lane. Professional mid players are allowed to innovate, especially individuals such as Keane who frequently pull out pocket picks such as Nautilus, Hecarim, and Urgot.

You don’t get to do the same thing playing other roles. Aside from a short sideshow by Mordekaiser, marksmen always play ranged AD champions. Junglers are constrained by their ability to kill neutral monsters. Supports can only pick champions who can thrive with little to no farm. Toplaners are complete slaves to the metagame. This leeway in champion selection ultimately equips midlaners to flex into other positions due to their all-encompassing understanding of champion abilities; they also have the mechanics to execute.

Midlaners tend to be aplenty across the player base. After all, who doesn’t want to be the superstar; centrality is even indicated within the role name itself. When you’ve got a whole bunch of players lining up to play one position, competition gets fierce. It becomes tougher to edge the next man out, as the rising tide lifts all boats. It’s comparable to the point guard position in the NBA: most people aren’t 7 footers, or even much above 6 feet tall. Naturally the majority of players compete to be point guards, since you can’t have a 5’11 center.

At the highest ranks in League of Legends, this factor tends to be less pervasive, since the abundance of challenger and professional teams divides players into roles fairly evenly. The disgustingly long queue times in the new matchmaking system has also encouraged some players to put “fill” altogether. But on the way there, most of the midlaners have already been battle-tested by their peers, and definitely did not make their way up their by playing Soraka and Janna every single game.

From the role’s innate ‘super-stardom’, midlaners are already exposed to the constant pressure of having tons of gold, playing damage oriented and mechanically challenging champions, and being the centerpiece of most solo queue compositions. Having constantly been put into pressure situations where all the attention is on them, midlaners learn to be ‘Kobe-clutch’ from their infantile days on the rift.

This soft transferable skill gives them the readiness to adapt to any other role and its demands, viewing the comparative pressure as minuscule. If you’ve been hiding under the visage of Nautilus, Maokai, and Ekko tank for your playing career, it’s tough to suddenly become the carry. However, in a flipped situation, any carry player can basically play a brain-dead tank.

You might think that junglers are the best since they visit every lane, or perhaps supports are since they spend so much of the game watching the entire map. When all is said and done though, it’s hard to deny the versatility of a lane which saw 43 different champions played in the 2016 Spring Split. You’re gonna have a tough time proving me wrong on this one! 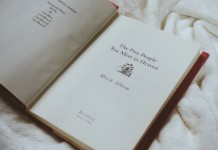