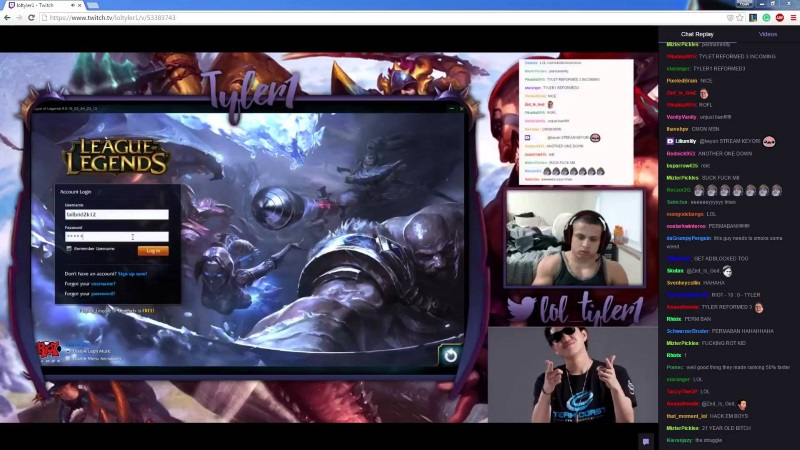 After capitalizing on a couple weeks of fame resulting in thousands of Twitch visitors watching his stream, high ELO Draven main Tyler1 has been banned indefinitely by Riot Games. This won’t be enough to stop Tyler1 from playing League of Legends, instead he will likely just buy another pre-leveled account. It will, however, mark the end of his League of Legends streaming career.

Instant Feedback catches the most unsportsmanlike players in League, but some people go out of their way to continue ruining games for the community. Because of a well-documented history of account bans for verbal abuse, intentional feeding, as well as account sharing/purchasing, evasion of sportsmanship systems, and player harassment, we will not allow Tyler1 to hold a League of Legends account, indefinitely. Any account definitively used by him will be banned immediately upon identification.

We know we’re not perfect, and this dragged on too long, but we want you to know when the rare player comes along who’s a genuine jerk, we’ve still got your back. Source.

When you click the source link from the statement above, you may notice something strange. The statement posted by Riot Socrates on the official League of Legends message boards has a score of -2,900 (at the time this article was written).

Despite the aforementioned well-documented history of “account bans for verbal abuse, intentional feeding, as well as account sharing/purchasing, evasion of sportsmanship systems, and player harassment” the majority of users on the forum expressed a negative reaction to the news of Tyler1 being permanently banned.

The entire comments section is filled with users trying to justify why Tyler1 didn’t deserve this kind of punishment. This is likely because Tyler showed the posting on-stream. Tyler1 has been said to have an aggressive cult following of aspiring mega-trolls who likely went straight to the official League of Legends message boards to complain.

Meteos, Doublelift, & Reddit All on Page with Tyler1 Ban

TSM Doublelift was much more conservative in his opinion on Tyler1, but also went of his way to praise Meteos for speaking out. Doublelift claimed it’s hard for an LCS player to comment on the matter.

The reaction given by Reddit users when the official ruling was shared there was completely opposite. Reddit users generally felt the ban was expected, even citing Tyler1’s last in-game words before being banned as “fucking shit tema”. This reaction by the Reddit community isn’t much of a surprise given that 24 hours prior to the ban, a video of C9 Meteos expressing his disgust in how other League of Legends personalities were enabling toxic players received over 4,000 upvotes.

This video shows Tyler1’s last moments on stream where he discovers he is banned from League of Legends indefinitely. Tyler states that he’ll continue to play League, but he’ll be unable to stream it.

If he were truly reformed and especially dedicated, Tyler1 could create an entirely new anonymous Twitch.tv identity. Because the entire appeal of his stream is watching a short fused muscular man freak out, it’s unlikely he sees any success attempting to stream without a camera or microphone.

Do Toxic Players Belong in the Spotlight?

This marks the end of the Tyler1 chapter in the big book of popular players. Before Tyler was DoTot. Who’s next? Should the community decide to stop glorifying toxic players? Where do you stand? 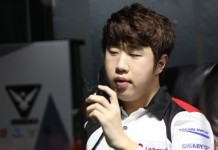 Communication: Giving Your Teammates the Information They Need to Win

The Life of a Top Laner