We are now a few weeks into Season 6, and we are starting to see how the meta is taking shape. AD items have been buffed and marksmen have been reworked, making them extremely popular. Now that squishy ADCs have all the power, assassins are on the rise. The mid lane has become quite the battleground, with high damage assassins being played against immobile poke mages. Here are some of the most powerful picks in the mid lane that popped up for this season. That means I’m not talking about Viktor. As long as he has his death laser, he will be amazing.

Zed is an odd champion. His design makes him fairly simple to play but hard to master. He can go in and burst down a single target, then back out before he dies. In Season 5’s meta, he struggled to dispense burst damage and get out before he was caught. Tanks with high amounts of peel, like Maokai, were popular picks that made the shruiken slinger kind of useless. Now it’s the meta of Zed, whether that’s good or bad.

The items Zed needs to get in order to be a threat also received buffs. Caulfield’s Warhammer is a new item that gives Zed cooldown reduction and builds into Yomuu’s Ghost blade, a burst assassin’s best friend.  This early game buff helps him roam more, do more damage, and efficiently kill. Hexdrinker and Maw of Malmortius got buffed, essentially giving more protection against magic dealing foes.

On the magic side of things we get Leblanc, the best AP burst mage in the game. She’s been nerfed to the ground, and now she’s back to get her revenge. Just watch any game she’s in and see the disgusting amount of damage she’s able to put out. You think you are fine standing near a wall with full health? Before you have the time to flash, she’s already thrown two chains on you and your screen is grey.

Zhonya’s Hourglass, an item that essentially counters Leblanc, had a price increase. Mid laners now buy it later on in their builds, with Rod of Ages or Frost Queen’s Claim becoming first rushed purchases. Leblanc is an absolute menace that just needs to build straight damage, allowing her to reach a power spike before the enemy. Be wary of the deceiver, she isn’t going away any time soon.

Corki will never go away. Ever since his release, he has been a top tier champion. It wouldn’t be a World Championship without Corki being an immediate ban or pick. He used to be a bot laner, but marksman seem to have infiltrated everywhere. The combination of burst, high magic damage, and poke, will always find a spot in team compositions.

For Season 6, the mustached Yordle got a slight rework. His auto attacks do more magic damage and every 8 minutes he can pick up the package from base. He gains increased speed and can let the package loose, knocking people aside with a double sized Rumble ultimate.

The one thing about Corki over the years is his build has always stayed fairly consistent. Trinity Force is still the best first buy on him, with Blade of the Ruined King coming in second. Thunderlords Decree works in tandem with his Gatling gun, giving him even more burst. 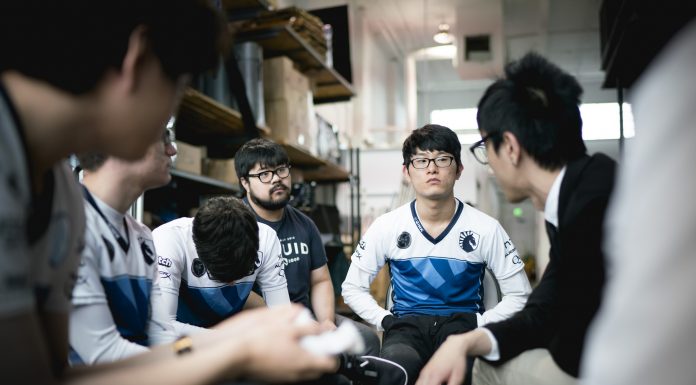 Demacia’s light has always been just on the outside of success. She’s been used in a few professional matches, but never really caught on. Now that everyone else is weaker, she gets her chance to shine (no pun intended.) Maphite’s or Miss Fortune’s ultimate combined with a well timed binding and laser can destroy a team fight.

One of the oddest things to come out of the preseason was the reworked Frost Queen’s Claim. It gave insane mana regen, alongside an active that sent out spooky ghosts that slowed an enemy. It was a must buy on all mid laners, even though it’s technically a support gold generation item. With Patch 6.1, the ghosts became less spooky and the mana regen got lowered. On champions like Syndra, Lux and Xerath, it’s still a powerful CDR alternative.

Now there are other mid laners like Ryze, Lissandra, and Ezreal that are great picks mid, but are often seen in other roles. If I missed anyone here, don’t worry, I’ll get to them in another lane. 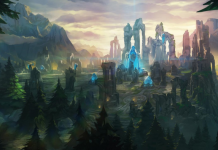