General Stephen Draper -
-6.8k
Path of Exile Shaping Before you start shaping your Path of Exile Atlas, we suggest you read our introduction to the Atlas. Once you have...
We probably won't be seeing MonteCristo casting at Worlds this year, or ever again after his explosion at Riot.

Just a couple of days ago, William “scarra” Li may have conducted one of the most influential interviews of his media career. The short talk with Andy “Reginald” Dinh focused on Riot’s recent patch changes in an attempt to mitigate lane swaps, among changing other game mechanics.

In essence, the interview stated that the patch changes were incredibly damaging to competitive League of Legends. Further, the “complexity and strategic side of the game” took a huge hit, emphasizing solo queue skill traits. Players, coaches, and owners alike are incredibly discouraged by the volatility of game balance, forced to make flash adaptations to changes right before the World Championships. As Dinh further emphasized, the LCS is unrewarding because deeper game knowledge becomes obsolete far too quickly.

Marc Merrill, President of Riot Games decided to put a response forward to the reddit threat hosting Reginald and scarra’s interview. The public reception was ugly. Amassing a quick 1184 downvotes, Tryndamere’s message was quickly buried. A combination of a patronizing voice, blaming LCS teams for underpaying players, and undermining the adaptation that players are forced to make was a recipe for disaster. His edited post can be found here, but the original has been posted below. Merrill truly looks like an outsider to the League of Legends pro scene, a frightening prospect.

Christopher “MonteCristo” Mykles, previous coach for CLG, OGN/Worlds caster, and Renegades owner, ironically took the side of Reginald, once a huge rival. To Tryndamere, he did not hold back:

“Maybe YOU should pay them more money (if you’re so concerned for players’ financial stability)… you haven’t raised the stipend for the players since 2013!”

The latter end of the video turns into a rant about casters being undercompensated, making half as much as CS:GO casters, with exponentially more restrictions. Even more, Riot casters are not paid overtime. When you see Krepo or Deficio at MSI putting in extra work, they aren’t stuffing their half-filled coffers at all. Casters also cannot build any personal portfolio: no subscribers, no personal sponsors, and no building personal Youtube/other content.

In a response to Merrill, Andy Dinh chose to stick to the facts and his own knowledge. He stated that TSM consistently makes far more revenue on their other Esports ventures. Further, the LCS has prevented TSM from embarking on creating sponsored content on the team’s YouTube, threatening a fine for videos such as this one. Despite Regi’s best efforts, the profitability of the LCS is quickly dropping due to the ‘big brother’ mentality Riot has been taking.

Riot is now facing increased public pressure to reply to these criticisms in a timely, and not PR-suicidal manner. How they manage to reconcile the criticisms and inconsistencies will be a key forecaster for the health of their Esports scene in the future. 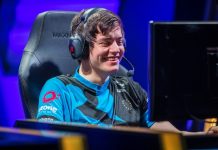