League of Legends Warren Francisco -
-256
2020 World Finals Results Are In! For the first time since the 2017 World Championship Grand Final, the League of Legends Champions Korea finally returned...
You probably won't end up here after your placement games.

My name is Joseph Schmidt, I’m a League of Legends enthusiast, and I’m excited to be joining the Esports Edition team! I got my very own Super Nintendo Entertainment System when I turned six, and I’ve been playing games ever since.

In middle school, I discovered Magic: the Gathering, which I would continue to play competitively through college. Playing in Magic tournaments for a good portion of my life taught me to love competition, but these days, I fuel my competitive drive through League of Legends. I still play Magic all the time, because I could never “quit” playing a game as fundamentally good and extensive as Magic, but now my gaming focus lies in League of Legends: watching, writing, coaching, and playing the game. It’s the depth of League that’s gotten me to stick around: the infinite variety of interactions between the players, and the combinations of team compositions, rune pages, mastery pages, and build choices is what makes the game interesting. Have you ever played two identical games of League? Maybe you’ve played the same compositions in a pair of games, but League is never the same game.

League is such a competitive game because it can challenge you on so many levels. A complete player has to master (and practice) many aspects of the game, such as last hitting, team fighting, warding, and different champions and roles. A comprehensive approach to the game is necessary for any player trying to get better. With Season 7 underway, most ranked players are probably into or have finished their ten placement games and have been placed. If you are under level 30, you just aren’t ready to play ranked yet, but I still hope to explain what placement games can tell us and what we (all players) can learn from them – veterans and newbies alike.

Back to the “ten games.” Lots of things can go wrong in ten games. I won my first two placement games before losing the next eight, which dropped me into Gold V (I was Platinum II before the ranked reset). A 2-8 record is only 3 losses more than 5-5, which is a perfectly acceptable, albeit mundane 0.500 win rate. I’ve achieved Diamond in two seasons by maintaining that very win rate, give or take a few wins. The matchmaking in League ensures that you almost always have challenging opponents, hence why you will lose nearly half of your games no matter what division you belong in (with exceptions for exceptional players). Over the course of a long season you can expect that variance and tilt will allow you to lose eight games in a row like I did in my placements. I was angry with myself after those ten games, but I certainly didn’t do anything to prove I belong in Platinum. The grind always continues.

Placements don’t define a player, but if you played like garbage and lost most of your placement games, you’ve made a perfect opportunity for you examine your games and scrutinize your own play. It’s so easy to notice when your teammates are playing like bonobos, but it’s way more challenging to be self-critical. Shouldn’t the fact that it’s so easy to recognize when our teammates make mistakes also be the indicator that we are making just as many mistakes? If you think your teammates are bad, don’t waste your time playing at their level. If your play hardly exceeds the level of the average player in your games, you won’t progress. Challenge yourself and study what mistakes you are making so you can stop making them.

Open your match history and check how many control wards (formerly pink wards) you bought in your last five or ten ranked games. If you keep seeing the number 0, you have not been buying enough control wards. If you are regularly leaving the fountain with more than 75 gold and an open item slot, and you do NOT have already have a control ward on the map, you are probably making a mistake by not buying a control ward. For only 75 gold they provide a lot of value, and you can do your entire team a favor by utilizing your only control ward slot. My advice isn’t just “buy more control wards.” Rather, it’s more about reflecting on how you contributed to the outcome of a game. Your match history is a place to review things like your item builds, damage outputs, creepscores, warding habits, and kill to death ratios. The next step is making sense of all that information.

Remember, however your placement games turn out, your initial skill group is only where the season begins. You decide how it ends. If you bombed your placements or dropped to a lower rank than you expected, I hope you’re not too discouraged to quit playing altogether. Did you know most players are placed lower than where they ended the last season? Even pro players started this season in Platinum before grinding into Diamond and beyond. If you are a competitive player and want to get better at this game, you have to not only admit you are bad, you have to be able to identify what your mistakes are and work at minimizing them. 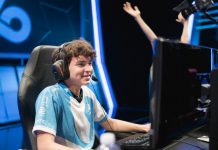