Dota 2 Eugene Torubalko -
-441
What to Expect for the Spring 2021 Dota Plus Update Dota Plus is a premium monthly subscription service in Dota 2. It comes with many...
Riot Esports

Going into IEM Gyeonggi with mere days of practice, Team Liquid’s League of Legends squad was surrounded with question marks. With Matt “Matt” Elento being the only returning player from the playoff squad they fielded last year, the roster brought in familiar and new faces, including the return of Chae “Piglet” Gwang-jin to the starting lineup. Rounding out the team was Greyson “Goldenglue” Gilmer in the mid lane, Samson “Lourlo” Jackson up top, and Kim “Reignover” Ui-jin anchoring the jungle.

However, Gyeonggi hardly answered any questions at all for viewers. For one, offseason tournaments generally show the worst in all teams; players may be mechanically sloppy, and simply don’t care as much. The opponent list didn’t help at all either.

Beginning their run with a loss to GIANTS gaming, Liquid was immediately sent to the loser’s bracket. Goldenglue’s (1-1-1) Ryze looked nearly invisible throughout the game and opposing mid laner Night (5-0-7) emerged as the big carry on Cassiopeia. The drafting was extremely poor for TL, who picked 3 losing lanes and a neutral, if not slightly unfavorable jungle matchup. Losing the first match to Giants, considered to be a potential bottom-feeder in the EU LCS for the upcoming split was hardly optimistic.

The best-of-3 elimination series against Dark Passage was even less illuminating. Team Liquid completely rolled through the wildcard squad. The match was less competitive than a scrim with a good Challenger squad.

In contrast to their opening match, Team Liquid was able to sweep GIANTS gaming. The North American squad looked to be coming into form, especially the carries Piglet and Goldenglue who put up 7-0-13 and 10-0-8 score lines respectively in the second match.

Confidence in individual play shone through, as each player (aside from Reignover’s shaky game 1 start) for TL stepped up to the plate, establishing a dominance over the pace of the game. Reignover definitely made up for any mistakes in that match with a fantastic Baron steal to take control for Liquid. The caveat here, of course, is that the opponent was still GIANTS.

Though the second match was a 25 minute stomp, the opening game was the first chance to have a solid eye test of Team Liquid’s new roster in action against a competitive and experienced team. Facing this year’s world finalists, TL took an early lead, which they held at about a 4,000 gold margin into the midgame. Samsung’s Ambition was consistently caught out by Reignover and Goldenglue’s synergistic skirmishes, and Lourlo accumulated four early kills as a result of several well-timed teleports.

But that’s where progress stopped. Liquid was unable to take Baron control and was backpedaling as the midgame progressed, despite holding the gold advantage. Eventually, Ambition was able to find a good engage onto Piglet, who was finished off by Crown’s Ryze. The Korean snowball rolled over TL shortly after and marksman Ruler held stalwart at all stages of the game. In short, Liquid was simply unable to close out the game.

Looking at the TL roster, this sort of performance makes sense, and might not just be a symptom of early growing pains. None of their players are touted to be extremely wise, especially in late-game decision making. Even MVP-caliber jungler Reignover has tended to make his mark through extremely active and early impact; especially with former top lane companion Huni’s volatile mid-late game, Reignover was never forced to make key macro calls into the late game (until playoffs, and we know what happened to IMT there).

In order for Liquid to be a contender this year, even at the domestic level, they will need to understand the proactive macro game beyond laning. When a lead is established, how do they create a situation for victory? How do they will their opponents into uncomfortable decisions? And most importantly, who will take initiative?

Lourlo likely needs to be the go-to-guy when it comes to late-game initiative. If we take a look back at Worlds 2016, the pace of the game as it moved on was increasingly determined by the top laners. Whoever held a slight pressure advantage could subsequently hold the entire map hostage with teleports or split-pushing pressure. Jackson is capable. His rise to solo queue fame a couple years back started with cleanly playing hard carries like Fiora and Yasuo. Liquid should give him the reigns and foster his confidence.

Otherwise, they may be trapped in a continuum of mediocrity, destined to finish 4th once again. 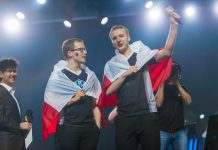