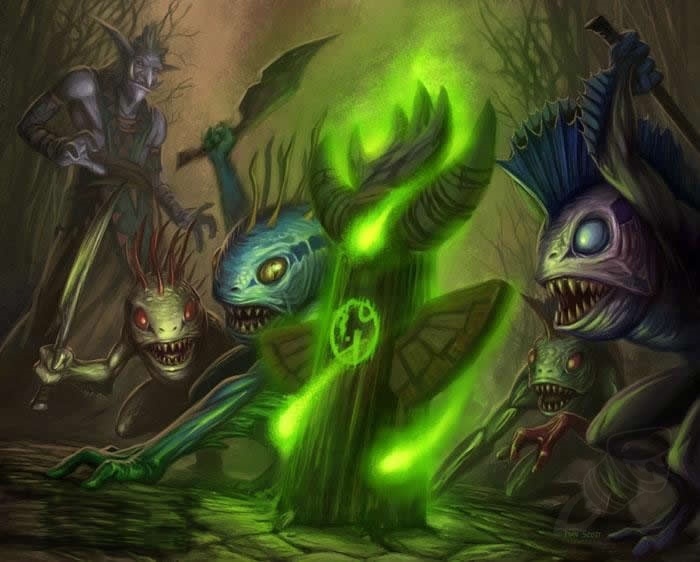 Recently there have been many variants of Shaman decks flying around. This is because Shaman is undisputed as the best class at the moment. Everyone is seeking to find the best Shaman deck to get an edge on their opponents. This is a variant originally proposed by professional player Xixo. It is a take on Midrange Shaman, but is particularly totem heavy, hence the name Totem Shaman. The most interesting part about this deck is that it makes use of a bunch of new cards. It also makes use of some underplayed cards, making it quite a refreshing deck to play.

As mentioned, this deck makes use of the new cards Spirit Claws and Witchdoctor. By now most people have figured out how good Spirit Claws are and if you’ve missed the bandwagon, they are amazing. They may rely on some RNG, but they have the potential to be a 3/3 weapon for one mana. Witchdoctor is not nearly as good, but it fits the theme of this deck perfectly. Low cost spells and incredible totem synergy makes Witchdoctor a perfect addition. With the upcoming Rockbiter Weapon change, you may want to cycle in Lightning Bolt instead. Particularly since this deck doesn’t have any Doomhammer + Rockbiter synergy.

This deck plays similarly to Midrange Shaman, but with a heavier emphasis on totems. Creating a totem on turn two is often the correct play in this deck. The goal is to make use of Shaman’s incredible cards to take over the board, then snowball with Thunder Bluff Valiant and Bloodlust. Cards like Maelstrom Portal, Hex, and Rockbiter Weapon are great removal tools. Maelstrom Portal in particular is strong in this deck due to the heavy spellpower synergy.

Once you have established board control, simply make use of your hero power to dominate the board. Create a mass of totems, then make use of Primal Fusion, Thunder Bluff Valiant, Flametongue Totem, Bloodlust, and even Totemic Might to punish your opponent. Unless your opponent is willing to use their removal on totems, you can easily take control. 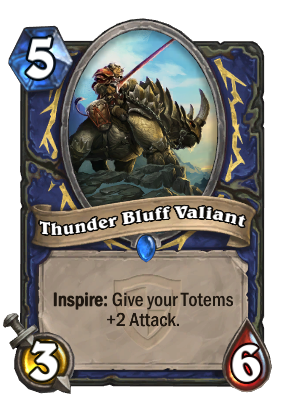 This deck has a lot of good matchups. In fact, virtually no deck is able to withstand your ramp from early to midgame. You can easily stomp most other midrange decks with your curve and Thing from Below. Control decks have serious problems since they are forced to waste removal on totems. If you find yourself falling behind, make use of Witchdoctor to create a group of totems. Then you can easily push damage the following turns, or waste all their removal. Priest may actually be the hardest deck to face, if they run Excavated Evil and Holy Nova. But Totemic Might can easily solve this issue, if you can get a good one off.

The only matchups that give you serious problems are other Shaman decks. Midrange Shaman can match you stride for stride, and if they get ahead they can easily clear your totems. Aggro Shaman simply pressures you incredibly hard, and you’ll have a hard time clearing their minions. Against both of these, the trick is simply to clear their board and stabilize to build up totems. 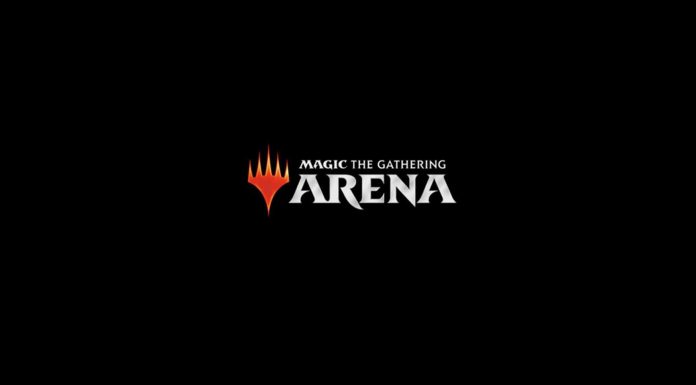 The other decks that can cause serious issues are combo decks. However, since OTK Warrior was just nerfed, the only real threat is Freeze Mage. 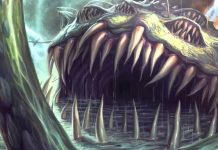