General Stephen Draper -
-6.8k
Path of Exile Shaping Before you start shaping your Path of Exile Atlas, we suggest you read our introduction to the Atlas. Once you have...
Image via Blizzard Entertainment.

When Kun the Forgotten King was first announced, everyone was excited about a zero mana 7/7. But that was mostly just hype, and very soon Kun faded into oblivion in most people’s minds. As the meta turned out to be more aggressive, Kun was entirely forgotten. Until this week, when suddenly every professional player is playing a Kun variant. It all started with Dog being OTKed by a Kun deck, and now a dozen lists are going around. Let’s take a look at what they are and what he can do.

The necessary part of this combo, in every case, is playing Aviana first. When you have Aviana and a mana to spare, you play Aviana, then Kun. You refresh your mana crystals, and suddenly you have up to 10 mana and cheap minions. With the incredible Druid ramp, I’ve seen this happen as early as turn six. There are many different combos you can pull off with this, but there are two that stand out.

This is the obvious combo piece. Play Aviana, Kun, and then you have a one-mana Malygos and a hand to work with. Oftentimes this is run alongside Alexstrazsa, for a one mana massive damage dealer. The play that started it all was Dog being defeated by the combo seen here.

Since then there has been a ton of experimentation, and the deck has changed significantly. It still relies heavily on Malygos however. Recently it’s been played by several top streamers including Kolento. This is the list Kolento has been running:

The other, far less obvious combo relies on C’Thun. You play a typical C’Thun Druid game, but then when it comes combo time… Aviana + Kun into Brann into C’Thun is easily enough to blow out most opponents. You can throw in other pieces as well, including double C’Thun buffs with Brann. The original video that made this combo popular included Youthful Brewmaster.

This list is, in my opinion, weaker, but I’ve only played about a dozen games with each list. This list was made by a streamer by the name of Senfglas. It was picked up by Savjz and played for hours on stream by both of them. Although it didn’t seem to do as well as Kolento’s list, it did do well at medium legend ranks. I still think the other list is stronger.

The Future of Combos

These combos are honestly fairly obvious. There’s no way that the dev team missed these when they were designing the set. This means that they’re going against their past stances on combo decks, and allowing these to exist. This is a huge step in the right direction for Hearthstone. Certain combos can be, as the phrase goes ‘fun and interactive’. The old Druid combo was a big offender, needing only two cards to do 14 damage. These combos, however, require ten mana or prep work, as well as four cards minimum. They aren’t game breaking and they aren’t winning a vast majority of their games. It is simply a different way to play, but is strong enough to be viable. This is huge for Hearthstone, and puts a lot of the fun back in the game for people like me. 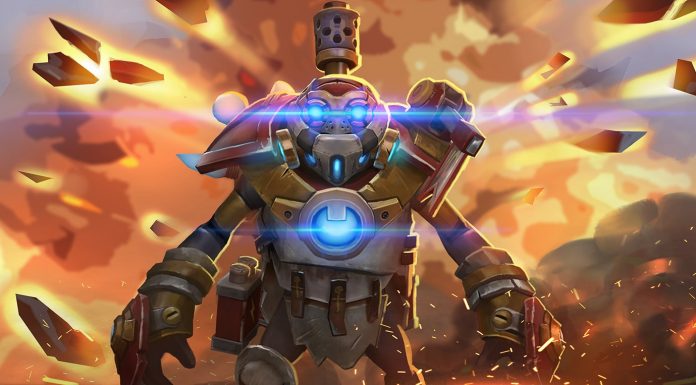 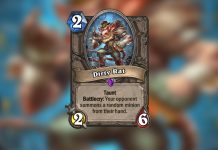