General Stephen Draper -
-6.8k
Path of Exile Shaping Before you start shaping your Path of Exile Atlas, we suggest you read our introduction to the Atlas. Once you have...
Image via http://blizzard.gamespress.com/ 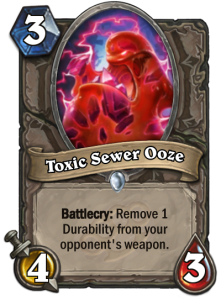 You know what I’ve never thought? “I wish this Acidic Swamp Ooze cost more and was less effective.” Oh, they made this anyway? Huh. Because that’s exactly what Toxic Sewer Ooze is. The stats are good, sure, but statline isn’t everything on a card like this. Swamp Ooze fits a lot of decks because it is cheap and effective. This is slightly less cheap and slightly less effective. The only way this will ever be ran is if someone discovers it, or they really want another weapon removal in a Reno deck. Other than that, it’s a decent arena card, and that’s about it. 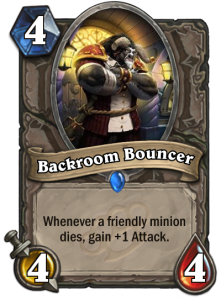 You know what card has been a defining staple of Hearthstone? Flesheating Ghoul. I groan every time my opponent plays it. They really should print a worse version of it, so that my opponents get confused and play that one instead. Except, wait, none of that makes sense. So why would Blizzard create Backroom Bouncer? Its statline may be marginally higher, but health is what a card like this really wants, and didn’t get. Also, it only gets stronger when friendly minions die, so it’s growing at half the speed. What they were thinking? 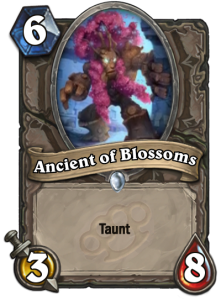 Hey, you know that card that no one has played in two years? Yeah, the one with three attack and six health. Fen Creeper, was it? Let’s add two health to it and reprint it. No, wait, add another mana too. What do you mean this card is worse than Bog Creeper by a crazy amount? Hush, you’re just an intern, you probably don’t even play arena.

Ancient of Blossoms was designed strictly for those times you just need another taunt in arena. It’s very comparable to Fen Creeper, a card you’ll take but don’t really want. As I said, it’s so much worse than Bog Creeper that it’s not even funny. And Ancient isn’t even a beast or something to make up for it. It’s just a bad card. 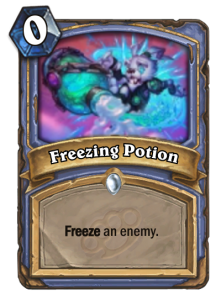 Ice Lance is a very situational card. It either works as a conditional finisher, or can stall the board for low mana. What would be even better is if we took one of those two conditions off, and decreased its mana cost. So it will just stall the board a bit, but for free. And it’s useless as a finisher in any sense. This is a clear example of Blizzard’s dev team making a card for an alternate mechanic (the potion mechanic). Really, this should never have been printed independently. 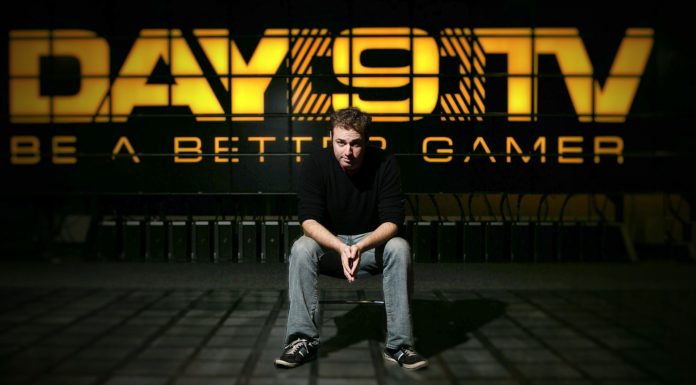 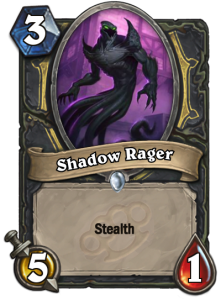 … I don’t know if this needs saying. Ice Rager and Am’gam Rager were ‘funny’ jokes. This isn’t funny. Why is this one less funny? Because for one, it’s the third time they’ve made the joke. But FAR more importantly, this is a class card. Rogue got shafted specifically because they wanted to make a joke. This is horridly unplayable, and the reason it’s unnecessary is because it’s a worse Jungle Panther. You know, that card no one ever plays? Yeah, this is a much worse version. It dies to literally any AoE, and doesn’t serve any real purpose. This card is a cruel joke by Blizzard. 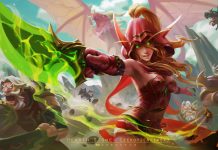