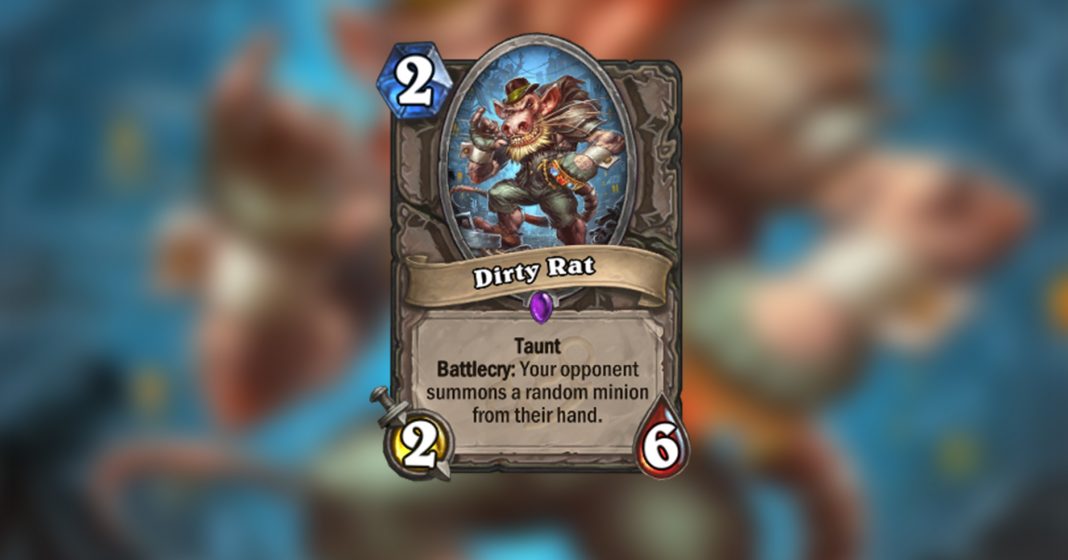 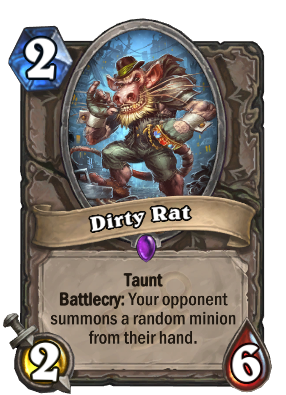 One of the more interesting cards from Hearthstone’s latest expansion is Dirty Rat. Most people put their judgments aside on it, waiting to see it in action. I myself specifically avoided talking about it in the anti-aggro segment, unsure if it would work. Now there has been a ton more playtesting and it actually has found a home. It works in a very odd set of scenarios, let’s take a look.

So this was the initial idea behind Dirty Rat, seeing if it was good against Aggro. It turns out it is! Usually. With the new Pirate Warrior rampant, Dirty Rat is a pretty good turn two play. The only really bad results are Leeroy Jenkins and Kor’Kron Elite. Anything else it pulls is typically a one or two mana card, and the six health is easily worth it. It’s risky, but can be a huge help, especially if you are unfavored to win without it.

This is the point where Dirty Rat truly shines. Dirty Rat is run in control decks, typically Reno decks. If you are playing against another control deck, Dirty Rat can be awkward, right? Well, a very common card in control decks is Doomsayer. And when they play it there often isn’t a good response. Introducing Dirty Rat. Suddenly you can easily deprive them of a card, often a relevant one since they are a slow control deck. If you are able to pull Reno or Leeroy or Kazakus, it is often an instant win. At worst you pull a rather non-relevant card and give up your Rat to do so. Not a huge loss!

Brann Bronzebeard has proven to be surprisingly good with Dirty Rat in control matchups. Originally, we thought the battlecry was a downside, but removing key components from control decks is huge! Renolock and Reno Priest are incredibly common at the moment. If you can pull their important battlecry cards, it’s a massive advantage for you. Brann gives you two chances, which is especially great if you have a follow-up board clear.

Another amazing synergy is Mind Control Tech. If your opponent has three minions, play Dirty Rat to pull a card, then Mind Control one of them! It gives you a taunt minion and steals one of theirs, as well as denying a battlecry! It can be a huge swing on board, without giving up anything important from your hand.

In similar fashion, Dirty Rat into Second-Rate Bruiser can be another easy way to gain board presence. If they have two minions, simply pull a third! Your Dirty Rat essentially becomes free because it decreases the Bruiser by two mana.

So where does the Dirty Rat work best? Currently the only real home it has is in Reno decks. Renolock especially works extremely well with it. It synergizes with Brann, Mind Control Tech, Second-Rate Bruiser, Shadowflame, and Twisting Nether. Not to mention Kazakus potions or enemy Doomsayers. All of which works perfectly in Renolock. The card definitely needs more testing and thorough playing, but it has proven to be quite interesting. We’ll leave you with the Renolock decklist Savjz used to stay at rank one legend for nearly twenty games! 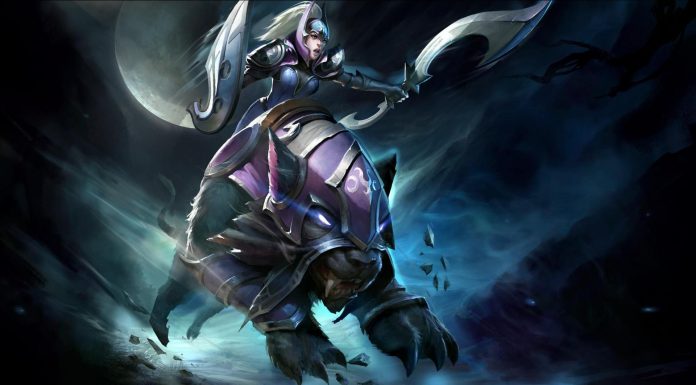 -1.3k
Want a degree in Game Design?
New Dota 2 Guides
League of Legends Fan Art
Get a Gaming Scholarship!
Previous articleKun the Forgotten King of Combos
Next articlePatches the Pirate Is Overpowered 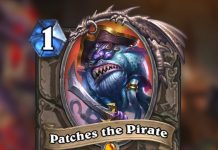