Aggro decks are back. What can we say? It was fun while it lasted. That’s right folks, the period of experimentation following the release of Hearthstone’s Journey to Un’Goro expansion is officially over. Four out of of the top five decks in the game, according to Tempo Storm’s snapshot, are aggressive decks. The stats from Vicious Syndicate aren’t quite as damning, but the findings are, for the most part, the same. Aggro may not have ever fully left the meta, but it’s back in force, ready to ruin Hearthstone. Again.

Quest Rogue is barely managing to hang on to its tier one status, and I fully expect this deck to fall out of favor by next week. I mentioned this a couple weeks ago, but it bears repeating: Rogue shoots up to the top after every expansion release, then falls down. Rogue is a polarizing class, and once bad draws are punished by proper opposing decks, people stop playing Rogue. Rogue is the perfect class to abuse against unrefined decks, but at this point in the meta, other popular decks have been tweaked enough to limit her potential. Still, Rogue is hanging around in the top tier—for now. Quest Rogue, in particular, has a very poor first few turns. This weak early game is countered by the aggressive decks that have moved to replace Rogue in tier one.

Stay golden, Pirate Warrior. This relic of a deck has lost none of its shine in the Journey to Un’Goro meta. Pirate Warrior is still a top tier deck. Hallelujah. Not a ton to say here—the deck excels because of how strong repeated weapon swings are. Pirates charge in for extra damage and keep the board clear. Even with Golakka Crawler being present in many decks, Pirates are incredibly strong. As long as Hearthstone is built around speed and weapons aren’t changed, Pirate Warrior will remain top tier.

We talked a lot about Murloc Paladin two weeks ago, but it’s still a fairly recent addition to tier one. This deck makes use of Murloc synergies and adds some Paladin spells to overwhelm opponents. Divine Favour allows the deck to refill easily, while Sunkeeper Tarim provides utility. He can be used for damage or clear, and it’s extremely versatile. Gentle Megasaur is the biggest addition to the deck, and the massive swing it gives you is essentially a free Savage Roar.

The other new aggressive deck is Aggro Druid. You can find my guide on the deck here. This deck makes use of small minions, buffing them with various Druid spells, and overwhelms other decks with efficient trades and board control. It doesn’t have the full face damage of the others, but it has a lot more consistent control. And because you can set up some taunts, Aggro Druid can sometimes fare extremely well against the other aggressive decks.

The Natural Place for Hearthstone

Unfortunately, top tier aggressive decks seems to be where Hearthstone will stay. The game is too stagnant around the idea of a solid 30 health. Because cards have gotten stronger over the years, reducing your opponent’s health has gotten easier and easier. We’re at a point where the average aggressive deck can win by turn five or six, even with a bad draw.

I doubt that Blizzard has any plans to revisit or rework the “core” mechanics of Hearthstone, but, barring any massive changes, it’s likely that aggressive decks will always be a staple of the game’s meta. To solve this, Blizzard either has to increase starting life totals, or allow players to interact on both turns. Part of the reason why aggressive decks are powerful is because players can’t react during their opponent’s turns. This means that decks like Pirate Warrior with all chargers, never actually interacts with their opponent. They play the charger and hit face. They expect their minion to die, but it’s fine because they have another one ready. They are essentially playing a series of burn spells that require removal. Unless these systems are changed, these aggressive decks will reign forever. 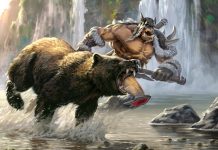