Hearthstone has always struggled with innovation. Every cycle, without fail, the community will invent a couple oddball decks that are surprisingly successful, but for the most part, the archetypes are established and most players follow decklists. There are about a dozen decks that are played  on a regular basis. Hearthstone has reached a point where you can predict 90% of the cards in your opponent’s deck as soon as you’ve seen their hero. Is this kind of meta stability inherently bad? Not necessarily, and there’s an argument to be made that the game’s ‘resolved’ meta encourages mastery, allowing the best players to win through superior knowledge. However, it’s certainly worth looking at whether or not Hearthstone’s meta trends stifle creativity and innovation.

The lack of innovation stems, at least partially, from Hearthstone’s professional scene. Professional players don’t go to tournaments to ‘try things out.’ They want to win, and there’s more than just money on the line–your performance at events is, ultimately, what makes or breaks your career. The choice between stability and potentially risky experimentation pushes players towards ‘comfort picks,’ for better or worse. There are a few exceptions, such as J4CKIECHAN, but at the professional level, almost every competitor shuns wonky decks. However, the vast majority of players don’t share this willingness to buck the norm.

Here’s what I’m getting at: there are understandable reasons why we don’t see innovation at the highest level of play. Pros prefer to use the decks with the best win rates because it’s arguably one of easiest variables to control in Hearthstone. Weird decks might be fairly successful, and can take opponents by surprise, but they don’t have the refinement or security of refined ladder decks. Pirate Warrior will always be an extremely strong choice. Until the recent expansion, you were insane if you didn’t bring Shaman to tournaments. Professionals have to place well at events–it’s the only way to give yourself job security in esports. Overpowered decks will always be part of the Hearthstone meta. 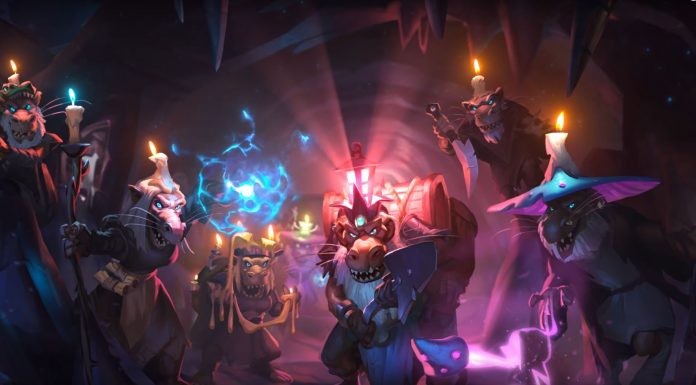 If you’re doubting the extent of Hearthstone’s creative stagnation, a quick look at the pro scene will prove my point. Players are, for the most part, running similar decks lists. Hearthstone tournaments where 90% of the players ran the same three decks aren’t uncommon. There hasn’t been a meta that I can recall where over 90% of players didn’t bring the deck that was considered strongest at the point to events. The problem here is that not only are the professionals too scared to innovate on stage – and rightfully so – but that this lack of innovation is what’s broadcast to viewers. Yes, you can play wonky decks and have fun, but if you want to win, play the meta decks. And nobody, pros and casuals alike, wants to lose.

The other obstacle in Hearthstone that hinders innovation is the fact that some cards are simply stronger than others. You’ll never play, for example, Booty Bay Bodyguard when you can play Evil Heckler. Power creep and power imbalance is everywhere. For as much as I love the game, Hearthstone has no shortage of poorly designed cards. The developers have, in the past, confirmed that they intentionally include ‘bad’ cards in each set. There’s nothing wrong with this–not every card needs to be able to win you the game. That’s not what game balance looks like. Unfortunately, the bad cards in Hearthstone are usually terrible, which leaves players to build decks around the cards that are objectively ‘better.’

Ten different players, ten decklists, and only one problem: the decks aren’t actually different. Of the ten lists, eight of them use 20 of the same cards. Out of the remaining two decks, one of them has 19 of these cards and the other includes 15 of them.

If you’ve got ten players, you might expect to see ten different decklists. But you don’t. Two thirds of these 30 card decks are identical. You could argue that the ten remaining cards give enough room for creativity, and I would agree, for the most part. But the sheer number of ‘must-have’ cards in most deck archetypes is problematic.

If you want to run the new Rogue Quest deck, there are 20 – 25 cards that you need to include. The Mage Quest is similar, and there’s only a handful of cards you could even consider changing in decks like Elemental Shaman. These forced archetypes might make deckbuilding easier, but this accessibility comes at the cost of innovation. I’d love to see Hearthstone reach a point where an arena deck is even close to viable in the competitive scene. Forced synergies push us further and further away from this point.

I miss innovation in Hearthstone. I miss Egg Druid. I even miss Aggro Shaman. The fact that we can only come up with a few decks after the first two weeks of an expansion sucks. 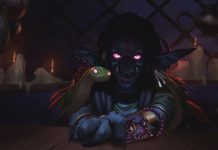