In our last two Path of Exile articles we talked about the Atlas in general, and how to shape it. In this article we talk about the most confusing – and potentially most important – part of the Atlas: Sextants.

Sextants are an entirely optional part of the game, and each one you use is extremely valuable. This means you have to be sure you’re using them correctly.

Sextants are, by many people’s opinions, a noob trap. Sextants are the key to making the most money and most experience in the game, far outclassing anything else. When you hear that, you might go out and put Sextants on your Atlas, run a few maps, not really notice a difference, and waste a lot of money in the process. So, here’s a guide on how to not do that.

Sextants are items you find in maps. There are three tiers of Sextants, denoted by colors, which coincide with the colors of maps. White (apprentice) is the lowest tier, then yellow (journeyman), then red (master). Once you have found one, you can use it by opening your Atlas, opening your inventory, right clicking the Sextant, then clicking on the map you want to apply it to.

The Sextant will add a modifier that will be applied to either the map you apply it on, or any maps within the radius of the Sextant (which show up quite clearly when you hover the Sextant over a map). This means you can apply multiple Sextants to the same map by utilizing the maps around it. Sextants wear off after three uses, and will need to be reapplied afterwards for new modifiers.

When people talk about using Sextants while farming, they usually mean that they are using four to seven Sextants for each set of three maps. This can be extremely expensive, and is only worth it if you are running very profitable maps.

The Concept of Sextant Blocking

The reason that Sextants are a “noob trap” goes back the concept of Sextant blocking. Plain and simple, Sextants have a lot of bad mods: mods you’d never want to put on your maps, and mods that are basically a waste of the money you spent on the Sextants. So you, as a Sextant user, want to mitigate the number of times you can get these bad Sextants. Luckily, there’s a way to do this. Unfortunately, it’s confusing and expensive.

Sextant blocking is when you put Sextants on nearby maps, rather than the map you’re going to run. The maps you put the bad mods on are the ones just out of reach, and won’t affect the map you like. The reason for this is simple: a map cannot have two copies of the same mod on it.

Imagine a sequence of maps as three numbers in a row: one, two, and three (visualized below). One is the map you want to run. Two is one of the maps that are close enough to put a Sextant on, which will in turn hit map one. Which leaves three just out of range. Three is too far away from one for its mods to affect the map, but it is close enough to affect two.

Because a map cannot have two of the same mods on it, you can put Sextants on map three until you get one you don’t like. Then you leave it there. Since it’s affecting two, two cannot roll that bad mod anymore, and because you’re not actually running a map inside the range of the bad mod, it stays there forever. You don’t need to reapply it.

It gets confusing because two isn’t the only map affected by three. The fact that two maps cannot have the same mod is not exclusive to two and three’s relationship. Because three puts that bad mod onto two, one also cannot roll that bad mod. If one and three had the same bad mod, then two would have two instances of it, which is not allowed. Therefore, blocking off three is doubly efficient.

If you’re really on the ball, you’ve realized that this means the blocking doesn’t stop at three.

If you set this all up – and it can be extremely expensive – your Sextants will roll better results much more consistently. An initial startup cost saves you hundreds of thousands of chaos in the long run.

In this league, the best map to run Sextants on is the Vault. You can block off a significant number of bad rolls, have six Sextants hit it from nearby maps, and get a good profit. It’s what I have my Atlas setup to do, as seen below. If you’re more interested in fast experience, Shaped Channel Sextant blocking is another option that has become popular in this league. The map doesn’t have any expensive cards that drop, but the Sextants you use are all white, so the cost is much lower. It’s also a much easier map if you’re looking to safely gain experience.

The biggest takeaway here is to do your research before you jump into using Sextants. Here’s a great site that will show you how to Sextant block any map. Without Sextant blocking, using Sextants is not profitable. Don’t get sucked into the talk about how great Sextants are and go using them willy-nilly. Have a plan of action, and understand that once you’ve done something like this, the fee to change it is huge, so expect to leave your Atlas like this for months at a time.

If this stuff doesn’t sound fun to you, at the end of the day, just sell the damn things. They aren’t worth the trouble if you aren’t interested in min-maxing your profit. 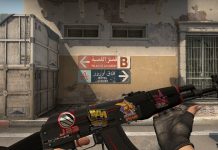