General Stephen Draper -
-6.8k
Path of Exile Shaping Before you start shaping your Path of Exile Atlas, we suggest you read our introduction to the Atlas. Once you have...
Photo via Riot Games

2019 has just kicked off and already we have some tournaments under way. In CS:GO, Team Liquid just won the iBUYPOWER Masters, the Chongqing Major is underway for the Dota 2 community, and the LCS for League of Legends starts on the 26th. Not to mention the return of the Overwatch League next month. With all these tournaments underway or coming up soon, the question of team composition and how to create the perfect roster will undoubtedly start to play a part in whether teams drop or keep players. So how do you create the perfect esports roster?

Like traditional sports, some teams focus on signing that one star player whose skills and prowess are unmatched. Teams that focus on this sort of mentality tend to focus on giving their best players all the support they can and in games that have drafting or hero selection will always value giving that player their best heroes over their teammates. Often in games

like Dota 2 or League of Legends, the drafters will focus on ensuring that they get their star players, like SumaiL from Evil Geniuses (Dota 2) or Faker from SK Telecom T1 (League of Legends). These teams heavily focus on drafting these players their best heroes and if they aren’t able to secure their heroes, there’s a greater chance of failure for the team.

This team composition can be successful but it does have flaws. Opponents will often ban or pick specific heroes to ensure that their opposition’s star player doesn’t get their hero. It also places too much emphasis on one player’s success rather than relying on the team as a whole.

Esports has been around for almost a decade which means that the allure of earning fast money from investors grows every year. Teams that enter the industry looking for short term gains tend to avoid building a roster that focuses on growth. But those teams that do see the biggest long-term rewards. Take the example of Team Liquid from Dota 2. The team drafted a roster in 2015 and by their TI7 win in August of 2017, all  but one of their players had been with the team for at least a year and a half (3 players drafted in 2015, 1 player drafted in 2016, and 1 player drafted at the beginning of 2017).

This long term growth saw the team win the biggest prize pool in esports at the time ($10.8 million dollars). The team knew one another and knew how to play together in every situation. They didn’t rely on one player but rather they were able to switch emphasis from player to player depending on what the draft called for. This only works for organizations that are willing to help grow the players for mutual long term success. Their TI7 roster hasn’t changed and still continues to see moderate success in the DPC 2018/2019 circuit.

There are a couple of unusual cases in the Overwatch League where teams are pushing their players to max with training. With Overwatch being a young esport, teams have different strategies about drafting rosters but also on how to train their teams. The Shanghai Dragons, for example, did not win a single game in the 2018 season. Later it was announced that they were “forcing” their players to practice for over 10 hours a day. This ridiculous and unhealthy practice was clearly shown to be detrimental to the players and it reflected in their poor performance. In this case the Shanghai Dragons drafted a team of relatively new players and forced them to grow too fast. Growth has to be steady and healthy for players to mechanically get better in game but also grow as a team.

There’s no one way to draft a team of players but there are guidelines for how successful teams have been created in the past. It’s clear to fans that when a team is created and certain players are signed, they are looking for either fast money or long-term growth. Sign one star player and some good players = the team is looking for fast money. Sign 5 or 6 good players that need a good coach and some development = long term growth. The community can tell what a teams motivation is and generally we can spot someone whose not in it for the right reasons. Maybe as esports continues to grow and more teams like Team Liquid or New York Excelsior continue to succeed, investors will start to value the importance of building a team that will stay together over the appeal of fast money. 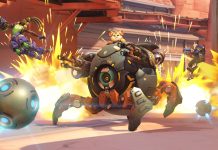 How Has Wrecking Ball Impacted Overwatch in 2018?