Virtually every single article about performance enhancing drugs (PEDs) in esports takes the angle that these substances are inherently destructive and must be regulated heavily. This clear imbalance in literature leads to echo chambers of lazy thought. In modern esports discourse, individuals no longer consider the possible merits of psychoactive drugs–prescription or otherwise. Regardless of your personal feelings about drug use, it is crucial to recognize that there is a case to be made for freely allowing substance use in esports. This article explores the reasoning and logic behind advocating for performance enhancing drug usage among esports athletes. Before I begin, however, I should note that I won’t be exploring the arguments against PEDs in great detail–there’s no point in rehashing a topic that’s already been discussed to death in both print and digital media. 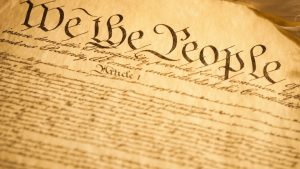 The most obvious reason why action hasn’t been taken to limit drug use in esports is because such a move would be incredibly difficult to implement. The most commonly used and/or abused drugs in esports are medically prescribed–ADHD medications, including Adderall (amphetamine salts) and Ritalin (methylphenidate), in particular. An outright ban on the use of these substances would  unfairly force players who rely on these medications to make a difficult choice between competing and ensuring their mental well-being.

Esports as an Entertainment Industry

It’s a far more interesting premise to approach esports not necessarily as a competition, but more as performance or entertainment. While fairness and competitive integrity may, to some extent, determine the success of esports, the industry ultimately revolves around showcasing the talents of the world’s best players. If–and this is a big if–performance enhancing drugs (PEDs) can give professional gamers a sustainable advantage, then we, as viewers, will have the privilege of witnessing feats of mechanical skill previously thought to be humanly impossible.

In League of Legends, Faker’s Zed outplay on Ryu remains, to this day, the most spectacular display of mechanical excellence in the history of the game. Four years have gone by since fans watched that iconic sequence, and growth in LoL viewership has seemed to stagnate ever since.

For most players, there’s a clear separation between spectating and playing. Aside from the 99.999th percentile of players, there is almost no real incentive for gamers to use drugs of any kind purely as a PED.  It’s the equivalent of someone in an intramural basketball league pumping steroids before a game–chances are, it’s not going to to help them be a better basketball player. If we allow players to improve their in-game abilities through safe substance use, the viewer experience remains the same, but the level of play is elevated.

Drug Use in Esports: Health Consequences

On the topic of health, there’s still a lot of uncertainty when it comes to PEDs in esports. There are undeniable risks to using, say, amphetamines. These drugs are highly addictive, have unpleasant comedown effects, increase anxiety levels, and can be neurotoxic at high doses or for certain individuals.

But let’s talk about caffeine for a second. How close are you to the nearest coffee shop? Indeed, the properties of caffeine are almost identical to many Schedule II drugs in the United States, but I’d hate to be the politician who decides it’s time to write legislation that prevents people from drinking coffee. Much of the criteria for what constitutes ‘acceptable’ drug use is socially constructed.

Media coverage of drug use (in all its forms) often focuses on the most common and widely available substances. You’ve probably seen news stories about pot, heroin, meth, steroids, and bath salts. These reports barely scratch the surface when it comes to the variety of psychoactive substances that circulate in the legal and illegal markets of the modern global economy.

Perhaps the most interesting sub-genre of drugs, especially in the context of esports, are ‘nootropics.’ These substances are designed to improve cognitive function in users, enhancing reaction times, information retention, motivation, and creativity. Early nootropic research from neuroscientists has been promising, but virtually nobody has incentive to delve into it further.

Big pharma makes big bank without nootropics, and it’s likely that the widespread use of these cognitive enhancements would lower the prescription rate of anti-depressants and ADHD medication, both of which are insanely lucrative for manufacturers. People without histories of drug use are often skeptical, if not downright afraid, of PEDs in any form, and legislators are busy finding new ways to do absolutely nothing. With the support of the esports industry, the safest nootropics could be studied and explored. It’s the next big step forward for the human race, and if nobody else is willing to throw their hat in the nootropic ring, why can’t esports pave the way?

The legalization of marijuana in various jurisdictions has further blurred lines. Recreational psychedelics can potentially enhance the esports experience for anyone. It shouldn’t come as a shock to any readers that some people enjoy playing video games when they’re stoned. A recently published study noted that use of psychedelics caused greater neural signal diversity.

In the Western world, mainstream rhetoric about substance use starts and ends with ‘drugs are bad.’ We have done little to properly research the effects of drugs outside of caffeine, sugar, and alcohol. As a society, we’re happy to buy smartphones and expensive computers that claim to enhance productivity. If we’re comfortable relying on a consumer good to increase our individual efficiency, why are we afraid of cutting out the middle man and using tools like nootropics? While there’s still plenty of research that needs to be done, what’s so scary about safe self-improvement for the entire human race?

The ethical dimension of the debate about esports and PEDs requires us to talk at a certain level of abstraction. What is equality? Is it about even footing or standing at the same height? What framework of equality–or equity–do we subscribe to?

Time and time again, the point has been made that drugs give users an unfair competitive advantage. If you test this premise with any logical model, the argument quickly starts to dissolve. For one, most mainstream (and I am very well aware of the irony here) PEDs are easily accessible. It is simply a question of what society feels it is acceptable to consume. At the risk of diverting our highly political minds too much, we could equivocate drug prohibition to veganism. If I were a vegan, would it be acceptable to argue that esports athletes should not be allowed to consume animal products on the basis of my own personal dogma?

But I do not see PEDs as an unfair advantage. Instead, PEDs are a potential balancing mechanism. Mental illness has become more of a norm than an aberration – in 2014, 18.2% of the American population was reported to suffer from some form of mental illness. If so many people are living with a condition that can limit their cognitive and/or physical abilities, should we really be promoting a brand of pseudo-elitism masked as equality that filters out the majority of the population? Are people lucky enough to be born without particular neurological traits truly worthy of our admiration?

We should not be afraid to raise the baseline of skill in professional esports, especially if the potential outcome could be used to improve the human condition on a much larger level. At the end of the day, PEDs can only take you so far–what separates superstars is, and always will be, the soft skills and internal drive. At some point, you’re going to need to grind out hours practicing last-hitting and other in-game skills. PEDs can level the playing field, and the only thing to be afraid of is competitive equality and more entertaining games.

I’d like to leave you with a line from The Incredibles‘ villain Syndrome:

“When everyone’s super, no one will be.”

But is that really so bad?

What do you think? Should competitive gaming embrace performance enhancing drugs or follow the precedent set by traditional sports? Share your thoughts with us on Twitter. 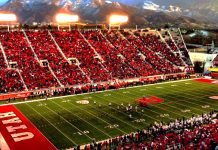