Dota 2 Eugene Torubalko -
-27
If you are new to Dota 2, you may be taken aback by the amount of information, heroes, items, mechanics, strategies, etcetera in the...

Path of Exile Stephen Draper -
-96
Path of Exile 3.9 launches this week, bringing with it both the Conquerors of the Atlas expansion, and the Metamorph challenge league....
Featured image via Grinding Gear Games.

A select few titles best exemplify each genre of video games. In MMOs, for example, World of Warcraft is the gold standard. For MOBAs, Dota is often seen as the breakthrough. Starcraft is, without a doubt, the most prominent RTS game over the past two decades. When it comes to Action role-playing-games (ARPG), no other game has been able to match the success and influence of Blizzard’s Diablo series.

Perhaps a common factor between these titles is a heavy influence from Blizzard, even in the MOBA sphere, where the games found their roots. As new titles flood the scene, however, the staying power of these titans is being tested. Grinding Gear Games has been pushing the envelope of ARPG development with free-to-play title Path of Exile. In fact, the studio’s most recent innovation comes in the form of a 10-act game, without varying difficulties, which Grinding Gear Games plans to release in the next major patch.

From Diablo to Now

Countless gamers who were alive during the 1990’s came into contact with Blizzard’s Diablo and Diablo II. Probably manifesting most in the nightmares of children far too young to handle the game’s gory monster killing rooms, this ARPG classic offered a unique and addictive gaming experience grounded in medieval fantasies and horrors. One of the most elegant ways that Blizzard created a lasting gameplay experience without having to generate too much original content was through Diablo’s scaling ‘difficulty‘ setting. On each playthrough, players were given the freedom to choose how difficult their run would be. After conquering Normal and Nightmare, finishing the game on Hell difficulty offered a challenging and punishing trial for fans of the game.

From one point of view, these difficulty options were a beautiful way for players to avoid stagnation and continue feeling refreshed upon each completion. You finish the main quest, and you’re immediately ready to re-experience the game with a twist. But not everyone feels this way. As the ARPG genre struggles to survive in a new era of gaming, consumers are exhausted by the options and reinvention becomes a necessity.

The Fall of Oriath: One Difficulty, 10 Acts

Fans of single players games might not see Path of Exile’s ‘1 Difficulty/10 Act’ approach as anything interesting. Why should moving past recycled content be a call for celebration? Regardless of your expectations, the simple truth is that ARPGs have been complacent with their embrace of the difficulty system for an eternity. Path of Exile is taking the genre in an exciting new direction with Patch 3.0, a massive expansion titled The Fall of Oriath.

In their major announcement, GGG alluded to not only an expansion of the storyline, but also an introduction of new game mechanics to promote greater diversity. This comes in the wake of Path of Exile’s patch 2.6, a revolutionary update which combined a variety of game mechanics into a single package.

Of course, such drastic changes are not without costs. Creators run the risk of having a diluted and incoherent story line when pushed to write. Additionally, more maps means increased potential for in-game bugs and janky design. And, of course, players will always be ready to criticize the smallest details of any update.

Most importantly, Path of Exile has demonstrated that there is no end to iterative design. Every single genre of game can, and will, be improved according to the designs of disruptive innovators. 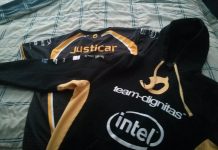