General Stephen Draper -
-6.8k
Path of Exile Shaping Before you start shaping your Path of Exile Atlas, we suggest you read our introduction to the Atlas. Once you have...
Rice-Eccles Stadium at the University of Utah.

In the past year, several U.S. based universities have announced the launch of collegiate esports programs. The most recent school to start offering scholarships to students for their video game prowess is The University of Utah. In a Wednesday press release, the University of Utah announced the launch of a varsity esports program. For now, the program will serve as home base for a League of Legends team–there’s scholarship money on the line for students, and tryouts for the Fall 2017 season will be held soon. The University of Utah’s decision was spurred by the rising prominence of competitive gaming in mainstream media and the undeniable popularity of esports on college campuses.

In many ways, the University of Utah is perfectly suited to be the first school of this size to officially operate a collegiate esports team–the university’s video game design program has been ranked number one by the Princeton Review for the past three years. The school’s administration has confirmed that it plans to support multiple teams competing in several different games, but for now, the pilot program will focus on League of Legends.

But while support for college esports is clearly growing, we’ve had to wait until now for ‘bigger fish’ to get involved. The University of Utah’s varsity esports program sends a big message to the larger athletic community. It’s a big school with a massive alumni population and a diehard fanbase for their traditional sports teams, and other large schools will be paying careful attention–if varsity esports are a success in Utah, other schools are almost certain to follow suit.

There are a few other universities and colleges with formal esports clubs and scholarships in place. Robert Morris University has been running an esports scholarship program for over two years. Students who are eligible for the scholarship will have half of their tuition covered, and the university pays for their room and board. This kind of financial support helps alleviate the financial hardships that face hopeful esports pros–with the support of collegiate esports programs, these young players don’t have to choose between chasing their dreams of becoming a competitive gamer and completing post-secondary education. The University of Toronto will also be joining the ranks of Utah and Robert Morris–the school plans to award esports scholarships starting in Fall 2018.

The Next Generation of Esports Superstars

Organizations are faced with a difficult task when it’s time to bring new talent to their rosters. All of the today’s esports titles assign players a rank or skill group that’s meant to reflect their skills in-game. For game developers, ranking systems serve as the proverbial carrot at the end of the stick–players are always working towards reaching the next milestone. Of course, these ranking systems are useful for asserting dominance in your peer group, but they don’t tell the whole story as far as your skillset is concerned.

The University of Utah’s esports program and other collegiate gaming platforms around the country give talented players the opportunity to showcase their skills to talent scouts and professional organizations while completing post-secondary degrees. For esports fans, it’s an undeniably appealing situation, and the University of Utah and the University of California are clearly modelling their esports programs after the traditional sports programs at their schools. Creating a talent pool of gamers is one way to strengthen the connections between higher education and professional gaming. In time, varsity esports programs could pave the way for systems similar to the NFL’s draft. Perhaps even more importantly, scholarships for college esports set students up to explore options beyond professional gaming down the road–if their career comes to a screeching halt, they’ve still got a viable degree.

The University of Utah has taken another step towards bridging the gap between esports and ‘traditional’ sports. While I might not see much of a difference between the two, for people who don’t play video games as a hobby, the connection between athletics and gaming is probably going to be a bit fuzzy. The University of Utah, University of California and Robert Morris University have given esports the platform is demonstrate what our industry is to a much larger platform than simply Twitch and Youtube. It’s not necessary but their scholarships and programs are validating. Every new avenue that opens within the esports industry, whether its a travel agency or a new talent agency, demonstrates commitment and dedication to growth. 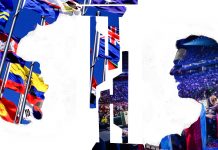