CS:GO Eugene Torubalko -
-14
CS:GO DreamHack Recap DreamHack 2020 is already at the doorstep. It marks a new beginning, but at the same...

If you’ve been playing Path of Exile for a while, you might start looking for a real challenge. Mapping is fun, but after a while it doesn’t present much difficulty. Where can you go to test your mettle? There are seven endgame bosses in Path of Exile who will take your confidence and smash it to pieces: The Shaper, his four guardians, Uber Atziri, and now the Elder.

Are you ready to take on the hardest content Path of Exile has to offer? If so, we’ve put together this Path of Exile boss guide, so you can begin working your way through the seven endgame bosses.

Shaper’s Guardians are found in tier 16 maps. These maps can be found right in the center of your Atlas. There are four maps, and four different Guardians within them. Each of them have an entirely different set of moves, and all of them will absolutely destroy you if you’re not prepared. Engineering Eternity has a great guide for each boss, and his Guardians guide can be found here.

Let’s start with the easiest one: Hydra. She is an archer who will keep you on your toes. She has a barrage style move that powers up before releasing, and it kills nearly anyone if they all connect. She also has an incredibly powerful arrow, which is also denoted by a power up. It does around 5,000 damage, and is nothing to scoff at. While you’re dodging those moves and attacking her, the area is also constantly spawning Frostbolts for you to dodge. All that said, this is the easiest guardian fight, because all the strong moves are telegraphed. You can find a short guide here.

Chimera isn’t too difficult either, if you understand his mechanics. He just takes a long time to fight, and has a lot of phases. For the most part he’ll just hit you in the face, and most of his attacks don’t do too much damage. When you get him down to 75%, 50%, and 25%, he’ll disappear and you have to deal with small mobs for a while. The only attack he has that’s truly frightening is his smoke cloud. He’ll disappear and you have to run into each smoke cloud until he hits you and then reappears. Other than that, he’s a breeze. You can find a short guide here.

Phoenix is probably the most simplistic of the bunch, but also very lethal. He has an attack that whirls forwards that you have to dodge, otherwise you become a pancake. He also has an insanely strong fire explosion that he charges up for before releasing, so steer clear of that. His only other interesting mechanic is that he spawns phoenixes around the room. You’ll probably want to clear them all at some point. You can find a short guide here.

Minotaur is the last of the guardians. He isn’t necessarily the hardest, but he does require the most gear. Every other guardian has a lot of stuff to dodge or play around, but not Minotaur. His strongest attack is a burrow. If you get too far away from him he’ll go underground and burrow towards you. It will kill nearly anyone it hits. As a result, your best bet will be basically just standing in front of him and taking his attacks. It’s more of a gear check than anything. However, you should move when he slams the ground and makes a circle of falling rocks; you don’t want to stand in that. You can find a short guide here.

The Shaper himself is accessed by taking the four fragments from each of the guardians and putting them in your Atlas device. This means that, similar to the guardians, you only have six attempts in softcore. The Shaper himself has three phases, and after each phase he’ll teleport you away. This gives you a chance to refill flasks from trash mobs, and you’ll also have to kill a mini-boss before being teleported back. Neither of the mini-bosses are particularly difficult, but you need to avoid blatantly telegraphed slams.

The Shaper himself uses cold and physical damage to mess you up. There are a myriad of things to watch for. When he disappears into a black cloak, he’s about to slam the ground where you are standing, so you better start moving. The slam will do around 10,000 unmitigated damage, so have fun. He will also throw Frostbolts at you. They have a very tiny window of being telegraphed before he throws them, and most people agree you should stand very close to him to avoid it. He throws three at a time, and each one does around 5,000 damage if you have 75% cold resist. I suggest bringing a Sapphire flask or stun immunity to help mitigate damage.

His other big attack is a massive beam of damage. It looks scary, but it’s the best phase to use for your attacks. It lasts a few seconds, so you can hit him from behind during it.

The Shaper has several other mechanics to watch for as well. You’ll notice Zana is in the fight, and at some point minions try and kill her. Keep her alive, because you’ll need her protection in the second and third phases (she does come back to life after a while if she dies).

In the Shaper’s second and third phases he does what is often referred to as “bullet hell.” Zana will create a bubble of immunity in the middle that you must stand in, because any one of the bullets will do around 7,000 mitigated damage. He will also have balls spawning around the arena that follow you, and when they touch you they put down a damaging zone that lasts until that phase is finished. Try and guide them to the same spot so you don’t have damage all over the area. Lastly, in his third phase, the Shaper creates a clone of himself that is untargetable, but does the same attacks. His attacks do less damage, but they still aren’t something to scoff at. Engineering Eternity has a great series on these bosses, and the Shaper’s can be found here.

In my, and many other people’s opinions, Uber Atziri is the hardest boss in the game. Luckily, unlike the Shaper, you can get lots of practice on her before trying the real deal. The reason she is called ‘Uber’ Atziri is that there’s a lower form of Atziri as well. Collect all four Sacrifice Fragments (Dusk, Noon, Midnight, Dawn) and pop them in your Atlas device to fight normal Atziri. She’ll have pretty much the same mechanics as Uber Atziri, just at around a fifth of the strength. In order to fight Uber Atziri, collect the Mortal Fragments (Grief, Ignorance, Rage, Hope) that drop from Atziri herself.

In Atziri’s area you start fighting against normal mobs and make your way to the first mini boss, the Vaal Oversouls. He’s the exact same as the Act Two boss, he just does a lot more damage, and there are two of them. Make sure you enter the room at an angle, so that one of them will spawn first. This just makes it easier to kill them if they spawn at different times. Once you’ve made short work of them, move to the next mini boss room, the Trio.

The Trio can be the hardest part of Atziri runs. There are three of them (obviously) and each have their own set of skills. The girl at the back – A’alai – uses an incredibly strong rain that lasts nearly a minute. You want to kill her first. When you kill any of the Trio, the others get stronger and go back to full life, so make sure you kill her first. Another one – Q’ura – cyclones towards you, and the last one – Y’ara’az – smacks you with a giant sword. Personally, I find both of these guys pretty easy. Just lead them away from where you killed other members of the trio, because they leave corrupted ground behind.

Atziri waits at the top of a long staircase. She has about a dozen phases, and each hit at around 20% life difference. The easiest one is the minion phase. During this phase, she will go immune in the middle and minions will spawn and walk towards her.Make sure you kill them before they get there, or they will heal her. It’s a good way to replenish your flasks. Her other phase is a split phase, where she separates into four different copies of herself. Three of them do basic attacks, but the one holding the mirror reflects all damage, and you can easily kill yourself on her, so keep an eye out.

Atziri herself has three main attacks. During the first, she simply spins around and throws spears. It hurts, but isn’t too bad. The second attack creates Flameblasts of varying sizes (they are Flameblasts). Her final attack? Lightning strikes on the floor!

Her split phase will have smaller versions of these attacks all at once. The reason that the Trio is often considered the hardest is that nearly every one of Atziri’s attacks are avoidable. If you really know what you’re doing, you can get through without ever being hit. But if you are hit, you’ll probably be killed in one shot. Engineering Eternity’s video on Atziri can be found here.

Last but not least, we have the Elder. We’ve talked about how to spawn the Elder: just make sure his influence covers a large portion of your map. Engineering Eternity’s guide on the Elder Guardians can be found here. There are three tiers of Elders, depending on whether he spawns on a white, yellow, or red map. If you get the red Elder, you’ll be in for some fun.

Most of the Elder’s attacks are nothing new. He shoots some Ice Spears that will occasionally shotgun and one shot you. He will use lots of physical attacks and teleport towards you, and he spawns some annoying squid minions that you’ll probably want to kill.

His actual mechanics are much more annoying. He’ll teleport to you and put down a large slow and degeneration field, which you should get out of quickly. He’ll also petrify you occasionally, which cannot be avoided with flask usage. Once in a while he’ll turn the entire zone, except the area around him, all blurry and odd looking – you’ll know when you see it. Stay in the normal part around him or you’ll just die.

Around halfway through the fight the Elder will become untargetable and teleport to the middle. The Shaper will then appear and you’ll have to defend him from the Elder’s portals and minions. Once you’ve done this for several years of your life, the Elder will finally respawn in the center. At this point he should be pretty easy to burn down.

There aren’t any guides up on the Elder yet, as the fight is very new. I myself have only experienced it a handful of times, but as far as the endgame bosses go, the Elder is definitely the easiest of the bunch.

Previous articleGamer Rage: When Gaming Is No Longer an Escape
Next articleAnykey Affiliate Interview: DeafGamersTV 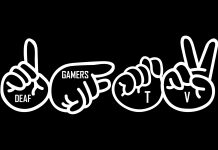 Using Sextants on Your Atlas in Path of Exile