Welcome to Esports Edition’s early access preview of Brawlhalla, the fighting game that stole our hearts at PAX East 2017. The game has a remarkable amount of polish and depth for a game that’s still in beta, and the team over at Blue Mammoth Games have built a thriving community of avid fighting game fans. Even better, Brawlhalla is entirely free-to-play, and it’s available on Steam. Heck, you could even have it downloaded and ready to play by the time you finish reading this article. Anyways, we wanted to do something similar to our group review of Overwatch, so I asked two of our staff members to spend the past couple weeks diving into Brawlhalla. Here’s what they have to say about the game.

I admit that I’m not the best at fighting games, and it takes a lot for a new title to get my attention. Brawlhalla was a wonderful surprise. From the floor of PAX East to my laptop in less than a day, I realized that this game was the exception to my aversion to fighting games. Brawlhalla does what no other fighting games did for me, combining stellar graphics, remarkable gameplay, and interesting mythology. Brawlhalla had me hooked.

Brawlhalla is a game that you need to have patience with, and you’ll need a decent amount of practice before you can try to make your mark on the ladder. Try to focus on a couple of legends when you’re getting started, and learn their movements and attack patterns.

Regret and redemption in @Brawlhalla pic.twitter.com/MrHpKgRTpg

Unless you’ve got fighting game experience, you’re unlikely to find much success by picking random characters in each game — each legend handles differently, and it’s nice to have a comfort pick to fall back on if you find yourself getting destroyed by more experienced players.

Whether you’re looking for a game to play with friends (there’s couch multiplayer) or have your eyes set on climbing the ladder, Brawlhalla scratches the fighting game itch for veterans of the genre and newcomers alike. Do yourself a favor and try it out.

Brawlhalla is a modern day Super Smash Brothers. It’s a pretty obvious clone, but thankfully, it pulls it off extremely well. There are plenty of important differences between the two games, of course. In Brawlhalla, there’s a two weapon system. Rather than give each character a set of abilities, they’re able to pick up the weapons that spawn around the arena, and each of these weapons has a unique attack for each legend. You can throw a held weapon if you want, and the next one you pick up will always be the other weapon your legend uses. This system lets people adjust their playstyle on the fly. If you want to change from a spear to, say, an axe, you won’t have to wait long for a colorful weapon pickup to spawn in the arena. 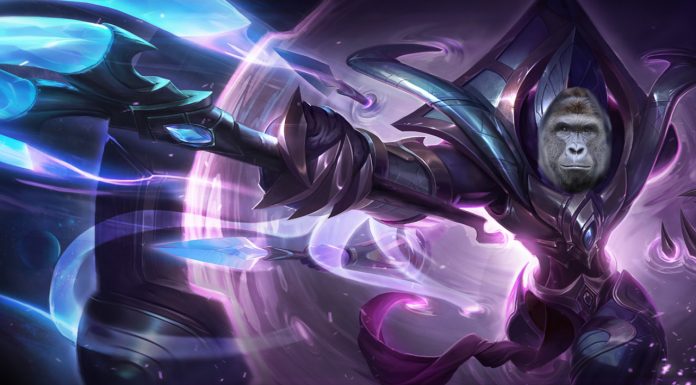 One of the best parts about the two weapon system is the way that it forces players to fight for control over certain parts of the map — if possible, you almost always want to deny your opponent a weapon by throwing it over the edge. There’s a fast-paced game of keep-away that happens around weapon spawns, and careful dodging and intelligent positioning will get you much further than frantic button mashing.

This is why we love @Brawlhalla. pic.twitter.com/w4QlGonLpY

Speaking of dodging, it’s an incredibly important part of Brawlhalla. The Smash games had dodging, but casual players could get by with using it sparingly. Brawlhalla, on the other hand, has a more straightforward dodge mechanic that’s usable anywhere. The prevalence of dodging in fights means that players have to master dodging if they want to succeed in Brawlhalla, and the ability to dodge well is what distinguishes the good players from the great ones.

Just like the Smash games, you can mash buttons thoughtlessly and be moderately successful, but you’ll quickly discover the limitations of this playstyle. You’ll run into Brawlhalla veterans who can dodge everything you throw at them. Now, I’m not a professional, by any means. Every once in a while I’ll be in a quick play match and come up against someone who uses dodge perfectly. In these five minute 4-person free-for-alls, these players often end up breaking 20 points while the rest of us hover at zero. This has happened a few time, and it’s nice to see just how high the skill ceiling goes in the game.

For me, it’s the differences between Brawlhalla and Super Smash Brothers that make the former excellent. The two weapon system and the dodge integration are wonderful design choices. They’ve taken a fighting game formula, and made it entirely their own. Is it better than Smash? No. But it certainly has elements that are more complex, and the best Brawlhalla players aren’t messing around. I look forward to continuing to play Brawlhalla, but also, as the game’s esports scene continues to grow, to watching those great players faceoff on a stage in front of the crowd that will undoubtedly be waiting for them.

We’ll be doing a full review of Brawlhalla once it’s out of early access, but we strongly encourage you to read up on the game’s rapidly developing esports scene–check out the official website for information about upcoming tournaments, new patches, and more. If the rabid fanbase is any indication, Brawlhalla is poised to be the next breakout esport, following in the footsteps of games like Rocket League, where grassroots efforts built the competitive scene from the ground up. The game is picking up some serious steam, and Blue Mammoth Games have been working hard to establish open lines of communication with their community. Expect big things from Brawlhalla in 2017.

The Second Annual Brawlhalla World Championship (BCX) will be held in Atlanta later this year, and the 32 best players in the world will compete for their share of the tournament’s $100,000 prize pool. 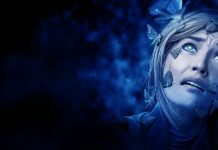