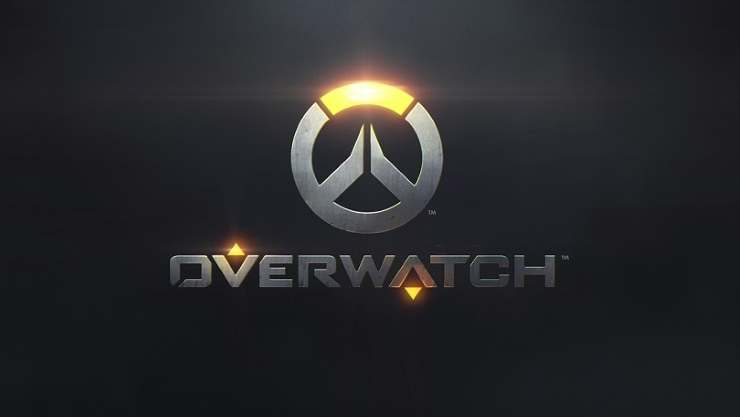 Overwatch will have been out officially for one month tomorrow and our staff at Esports Edition could not keep their hands off the game. We have taken some time to provide our opinions on the game’s release, its future and our favorite characters.

I haven’t played Overwatch as much as some people, but I’ve played it enough to know just how polished and beautiful of a game it is. The character swapping dynamic makes it an ever interesting chess match to see who can counter who. Overwatch brought my friend group back together, all of us wanting to play it desperately throughout the betas. Now that it is out that feeling hasn’t dissipated, we all play it for at least a few hours every day and enjoy it as much as when we started.

The way they have added so many unique abilities to the same world and made them all
feel like they belong is a masterpiece. I don’t want to say the game is perfect, because there are obvious flaws. There’s still some balancing that needs work, the tick-rate isn’t the best, and we’re still missing ranked mode. However, for what we got at launch, this is one of the most polished games I’ve played in a long time. As a long-time fan of bows, my favorite character is Hanzo (sorry) and playing him today feels just as good as it did the first time I picked him up. Would I recommend Overwatch to a friend? Of course, and in fact, I already have.

Right out of the gate, Overwatch has given all kinds of gamers an unreal experience. The game’s vibrant environments and unique hero roster appeal to a vast audience of both young and mature audiences. The competitive gamer within me has embraced what the professional scene has to offer; the variety of team compositions and counter strategies, even in the games infancy, has made me giddy.

Despite the hate he’s received, McCree really demonstrates to me the maturity of Blizzard’s game design team. Rather than allowing assassin type characters to get out of hand, the developers have immediately put in a check-and-balance, who can simultaneously perform well as a regular character. His versatility and game-changing potential captivate me more than any other hero in each game I’ve dabbled in.

For a while, it seems that League of Legends and Counter-Strike would go unmatched in the two primary competitive genres (MOBA, FPS), but now Overwatch has combined the best of both worlds in the most exciting shooter to date; the numbers don’t lie. As long as Blizzard remains receptive to its dedicated audience, this game could become the dominant feature across all major platforms for years to come.

I’ve never seen a video game catch on as fast as Overwatch. It’s the game that everyone plays and seems inexhaustible. Whether I’m discovering new map nuances or ability interactions, the game never fails to surprise me.

Overwatch oozes character with each hero being unique. Every player can find a character that reflects the type of gameplay they love. Map manipulation, teleportation, resurrection, ninjas and brawling. Relatable characters are often enough to pull in new players. Although I dislike the trend of designing cartoon-like game engines, Blizzard really made it work for Overwatch. Hardcore gamers with powerful rigs can show off the glossy shaders. At the same time, casual gamers can turn down the graphics without sacrificing aesthetic enjoyment.

My only qualm with Overwatch is that it is easy to lose oversight. Although not having a radar or mini-map promotes teamwork and communication, it also makes it easier to get lost. It’s hard to tell what the main points of focus are, even while watching a stationary angle.

It makes sense why there is so much hype around Overwatch. Blizzard intelligently combined many sought after game elements. Currently, people start following the eSports scene after starting the game casually. The question remains whether Blizzard can make competitive games more accessible for first-time viewers.

Overwatch ended up being everything I hoped it would be. I never played Team Fortress 2 so all the nay-sayers calling it a rip off didn’t deter my desire to jump right in. I was fortunate enough to make it into an early beta and although it was only a few days long, I could not wait to get my hands on the game. The two days I got to play was enough to convince me to pre-order just so I could get the extra few days during the open beta. Since release, I’ve found myself frequently frustrated with the game but I have found myself equally as hungry for more.

I ended up gravitating towards high-mobility, flanking heroes with high 1v1 potential such as D.Va and Tracer. In League I was a support main but there is nothing more frustrating than being picked off as Zenyatta by a Widowmaker who is nowhere to be seen. Naturally, my frustration has led me to pick heroes that can corner and pick off the back line to try and make myself feel better.

Overwatch has a bright future, the game itself is well made and has the backing of Blizzard. Blizzard has been becoming better and better about investing in the competitive scene of their other games. Larger prize pools and better production for their titles is an indication of their focus on eSports. If they do it right, I believe Overwatch might be able to match the ranks of League, CS:GO and Dota 2.

By my own admission, I’m the worst kind of Counter-Strike purist. I won’t mince words here: I was looking forward to hating Overwatch. I wanted to sit on my Counter-Strike throne and laugh at the plebs. I wanted to mock the release of yet another over-hyped “competitive” title. I expected a poorly balanced TF2 ripoff whose unique combination of MOBA and FPS mechanics failed to deliver on both.

I was wrong, and, in retrospect, I was a bit of a jerk about it.

I downloaded Overwatch at 6 PM. The next time I looked at the clock, it was 2 AM, and I had invented my own meta: aggressive Torbjorn. I sunk about thirty hours into the game over the next five days.

Given that a single game lasts about ten minutes on average, it’s hard to stop yourself from giving in and playing “just one more.”

See, Blizzard has designed Overwatch to make you feel like you’re good at it–even though you’re probably terrible. The Play of the Game system, the post-match scoreboard, the commendations–these are examples of a game design philosophy that’s heavily informed by social psychology. The developers understand that new players don’t want to feel like noobs. This approach is what sets the game apart most from the Counter-Strike franchise, where mistakes are not only inevitable and game-deciding, but every missed shot or failed clutch serves as a casual reminder that you’re not very good at the game.

There are some Overwatch heroes who require competent aim to be played well, but outaiming your opponents just isn’t a prerequisite for victory in the same way that it is in other FPS games. Look at Winston, Bastion, or Symmetra. Overwatch makes itself accessible to new players without sacrificing strategic or tactical depth–a rare, if not unheard of, feat in esports titles.

I’m still skeptical about the prospects for the game’s competitive scene–if Blizzard is interested in developing an esports title that can compete with the likes of Dota, League of Legends, or Counter-Strike, improving the spectator experience should be a first priority. I tried to watch a tournament stream and turned it off after five minutes. The fast-paced action is difficult to follow in third- and first-person–the addition of a radar would certainly help matters.

I’m reserving my final judgment until the competitive gamemode is released–that, for me at least, will be the true test of the game. For now, Overwatch is an incredibly entertaining distraction with a promising but uncertain future.

Let us know how you feel about Overwatch!

And of course, don’t forget to follow us on both to stay up to date on the latest in eSports and video game news! 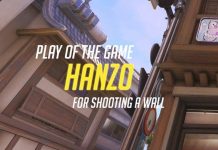