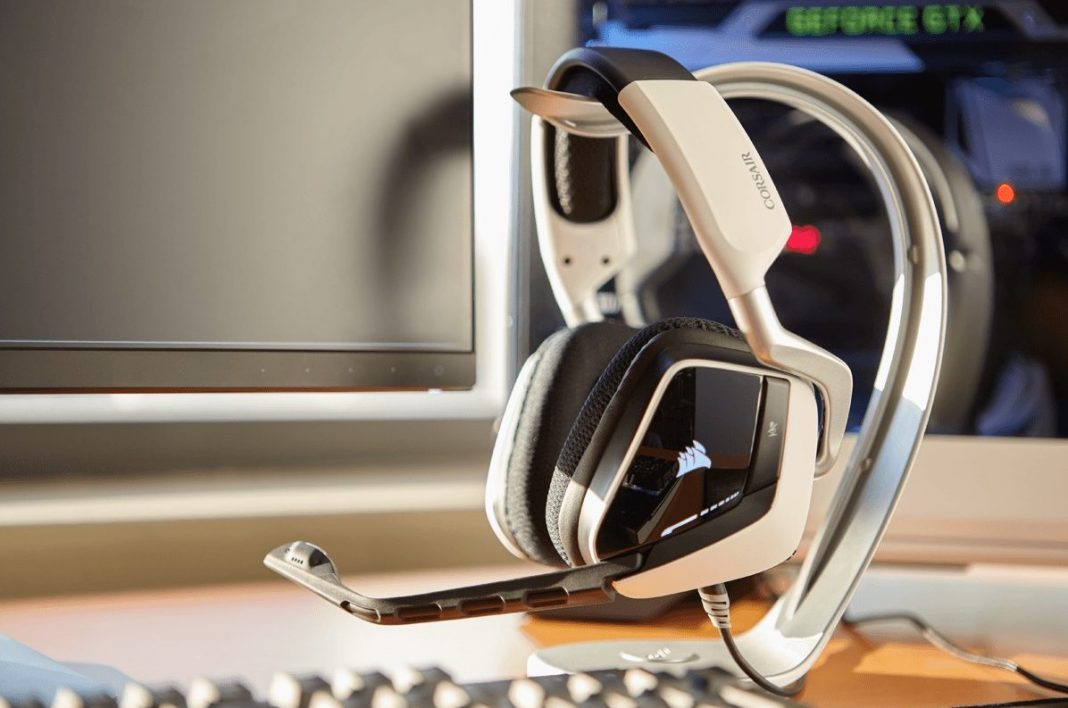 A few weeks ago, I decided it was time for a new headset. My old one was falling apart after many years of dutiful service. I decided I wanted one with surround sound, primarily for PLAYERUNKNOWN’S BATTLEGROUNDS. Hearing people’s steps and all that. After doing a fair bit of research, I eventually decided on the Corsair VOID Wireless Headset, which had good reviews, came from a brand I trusted, and fit into my price bracket.

First and foremost, let’s talk about the sound. I’ve owned quite a few headsets and headphones in my day, including a pair of expensive noise-cancelling Bose ones. I’m not an expert, but I know when something doesn’t sound right. The Corsair VOID stands up to the best of them, easily. The audio is crisp, and I’ve never struggled to hear anything. I was a bit worried since this was my first wireless headset, but my friend’s voices sound fine, music is excellent, and important game sounds are crystal clear. The surround sound is excellent, and it’s made a huge difference. I can reliably use audio cues to track down other players every time I boot up PUBG.

On the subject of sound, I haven’t encountered any issues with the microphone picking up my voice. It does an admirable job at blocking out background noises. I started running tap water with the headset on, fully expecting my friends to yell at me. it’s a noisy faucet, the microphone about a foot away from it. Nobody mentioned it, and after a couple minutes, I asked them if they could hear anything. Nope. This means I can run a fan in my room again, which is pretty nice in the summer heat.

If you’ve ever worn an uncomfortable headset, you know how important the fit is. Part of the reason I sprung for the Corsair VOID was because of the memory foam/microfiber earpads. Now, I have extremely small ears, to the point where I’ve been teased about them fairly often. They’re just not equipped to hold up a headset on their own — in the past, I’ve tossed out headsets for this reason.

After playing with the measurements a bit, the Corsair VOID fit perfectly. I’ve been wearing them for 4-8 hours a day with absolutely no issues. As far as headsets go, they are decently heavy, since they are wireless. But as long as you get the top placed correctly, you’ll barely feel the weight. It’s padded, comfortable, and distributes the weight well.

The microphone placement, however, is a bit of an issue. The microphone is on a hinge, which means your options for adjustment are fairly limited. If you don’t like where the microphone is, you’re out of luck. Personally, I’ve found that it’s a bit close to my face, and starts to rub up against my beard if I adjust it downwards. And when I move the microphone up a bit, it’s right in front of my nostrils, which means my friends get to hear me breathing. There’s a very narrow range where the microphone can rest in front of my mouth comfortably without running into some kind of issue, and even then, it’s close enough for me to lick it. Seriously. It’s about half an inch away from my mouth. That’s a bit too close for my tastes. I wish there was a way to elongate the arm so I could push it back an inch or two. 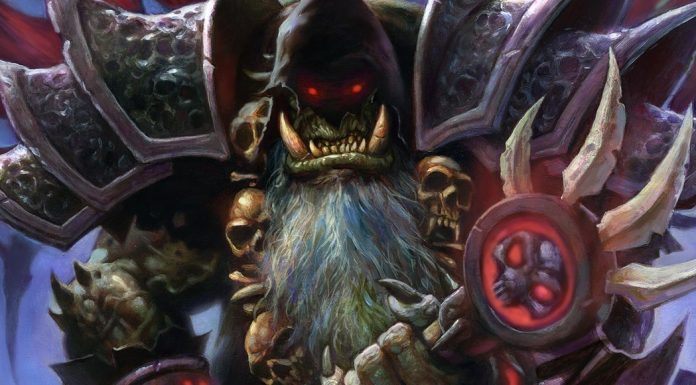 I’ve been impressed with the battery life on the Corsair VOID. One night, I forgot to charge it, and after a 5+ hour gaming session the day before, it died the next day in the middle of another long session. That’s kind of to be expected, though. No battery can last forever. I haven’t tested the battery life by turning it on and leaving it until it turns off, but considering how long my sessions can be, I estimate that the Corsair VOID holds a charge for about eight hours. No complaints there, and as long as you remember to charge it in between gaming marathons, you’ll be fine.

On two occasions, the Corsair VOID turned itself off, seemingly of its own accord. However, it did make a sound to let me know that it was shutting off, and all it took was a simple button press for it to start working perfectly again. However, both times this happened, the headset ran for hours afterwards without a fuss, which means it wasn’t a battery issue. I was touching the headset the first time it happened, so I chalked it up to user error. But the next time it shut itself off, both of my hands were on the keyboard. It’s something I’ll have to keep an eye on, and if it starts to happen frequently, that’s definitely a major issue, and I’ll update my review. For now, I’m comfortable classifying this as a rare technological hiccup.

Other Features of the Corsair VOID

You’ve got two buttons on the Corsair VOID. One is the power button, the other is the mute button. Unfortunately, these buttons are positioned right next to each other. During the first few days after I bought it, I was constantly hitting the wrong one. Now that I’ve had it for a couple weeks, the placement of the buttons doesn’t really bother me. It’s worth noting that the mute button is close enough to the microphone that whoever is in your Discord channel or Skype call will be able to hear you mute yourself. It just sounds like a soft button press, but it is audible.

The Corsair VOID also has a fancy toggle wheel for volume control on the underside of one of the cups. You can adjust the volume to your liking, and when you tweak it, a slider appears on your screen. It’s easy to use, and it’s carefully positioned so that you’re never going to change the setting by accident.

Like most high-end gaming peripherals, the VOID comes equipped with RGB lighting panels on the side of both cups. I’ll be honest, this feature is ridiculous. You can’t see the sides of your own head while you’re wearing the headset, unless you like to game with a mirror next to you. I suppose the lights are a useful way to tell at a glance whether you remembered to turn the headset off, and they don’t seem to be that much of a drain on the battery.

The headset is wireless, and Corsair claims that you can roam up to 40 feet (12 meters) away from your computer while wearing it. I haven’t gotten out my tape measure, but it works just fine if I leave it on while I walk around the house. The only times I’ve noticed the reception getting a bit fuzzy is when I’m on a different level of the house from my desktop, with three walls and a floor in the way.

I have a few complaints about the Corsair VOID, but most of them are relatively minor. I dislike the microphone placement, the headset takes a few seconds to turn on, and I’ve run into a couple technological quirks. However, everything else has been overwhelmingly positive. The audio quality is remarkable. The fit is perfect, and the Corsair VOID distributes weight across your head, and you’ll barely notice that you’ve got a headset on. The battery life is much longer than expected, which was a pleasant surprise, given my mild skepticism about wireless gaming peripherals. It’s an excellent headset, and well worth the $99 USD price tag. 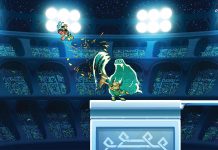