League of Legends Warren Francisco -
-256
2020 World Finals Results Are In! For the first time since the 2017 World Championship Grand Final, the League of Legends Champions Korea finally returned...
Featured image via Proto.ink.

Talking about new players always brings up horrid memories of my first games of Dota. It’d normally involve me anxiously pressing the queue button and hoping my teammates didn’t scream at me for my bad plays. For every good game I would have, I’d have three terrible ones. I recently started teaching my friend Dota 2 and almost all of our games involved screaming, massive amounts of pinging and angry all chat comments about reporting her. This is, of course, after we explained to our team that they’re new to the game and they might make some mistakes. This is a typical case for new casual players, but not for a new professional player.

The front page of Dota 2’s subreddit today was overrun with posts about Day[9] playing with Purge, who’s donning his traditional ‘mentor’ cap and helping Day[9] learn the game. Day[9] is a professional Starcraft 2 commentator and is a former StarCraft: BW player with just over 300 hours in Dota 2. He’s relatively new to the game, and Purge’s advice on game mechanics like last hitting, positioning in team fights, or laning matchups was tailored to experienced players and newcomers alike. The stream was a massive success, with a large audience tuning in to watch–you’ll have to wait until next Wednesday for the next installment of Day[9] learning Dota.

In the recent months, we’ve seen several commentators and professional esport players crossover to the Dota 2. Perhaps the most notable switch was Machine, who hosted the Boston Major back in December. There was very little backlash from the community when Machine switched to Dota 2–his transition from CS:GO to the world of Dota was about as smooth as humanly possible. There didn’t seem to be any upset or outrage at Day[9]’s stream today. The comparison between professional esports personalities who switch into Dota 2 and the casual player who decides to play Dota 2 is very polarizing. On one hand you have someone like Day[9] who is very new to the game and makes a very common mistake like blinking while Ruptured. It’s a noob mistake, but it happens. He laughs and everyone else laughed along with him.

On the other hand, you have a new player–who isn’t a famous streamer–making the same mistake in one of their first pubs, only to be faced with complete outrage from their teammates. There’s a good likelihood that their fellow teammates are pinging them mercilessly and typing “report player” or “gg” in all chat.

I think it’s important to remember these personalities when we’re playing in game with new players. I’m fortunate to be a part of several MOBA communities and I’ve witnessed how positive and encouraging some of them are to their new players. Unfortunately, Dota 2’s community isn’t exactly known for its patience, tolerance, or friendliness towards newer players when they’re on your team. We need to be more welcoming of our new players and extend the same courtesy to them as we do to personalities like Machine and Day[9]. Everyone starts somewhere. 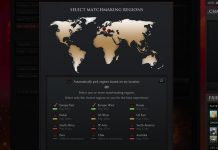