General Stephen Draper -
-6.8k
Path of Exile Shaping Before you start shaping your Path of Exile Atlas, we suggest you read our introduction to the Atlas. Once you have...
via DotaWallpapers. Logo: Newbee

The Newbee organization has announced the formation of an additional Dota squad: Newbee Boss.

There are two notable things about Newbee.Boss:

It’s Xiao8, Ferrari_430, and ChuaN’s current team. All of these players have been the pillars of Chinese Dota for many years (and Xiao8 has “retired” more than once). The fan favorites are back, and according to Liquipedia, the team is focused more on providing “entertainment” than tournament results.

And, Newbee.Boss has added Axx to their lineup: a 7k pro who also happens to be the first female player to compete on a high-profile professional team. I’m torn here, to be honest. It’s noteworthy that a female player is finally competing on a pro team, especially under a prestigious organization. This is a perfect illustration of how much Dota is growing. But at the same time, I don’t want to make it all about Axx’s gender. She should be “just another player.”

I’m not going to wax poetic about all the crap she’s going to have to put up with, because anyone who spends time outside of a cave in the forest knows that already. I saw a Reddit comment that nicely summarizes the issue: when any random guy makes a mistake in a Dota game, people will say “that guy sucks at Dota.” If Axx makes a mistake, it’ll be “see, girls suck at Dota.” Unfortunately, circumstances like this force people to become an ambassador for their entire gender.

As someone who works in a male-dominated field, I’ve run into these kinds of situations from time to time. I worry that f I make a mistake interpreting a ground penetrating radar printout, I’m letting women down everywhere. “Women can’t do geophysics, it’s too hard/math intensive, they should stick to ‘easier’ areas of study.” If my [male] coworker makes a mistake, no one will automatically assume that men are inadequate at the thing.

There’s more nuance to the situation than I’m willing to go into here, but these are real fears and concerns, and it’s something that concerns me as we move forward with gender representation in esports.

Newbee.Boss is competing in the qualifiers for DAC (Dota Asia Championships). Qualifiers take place between the 13th and 15th of January, and the main event is at the end of March. 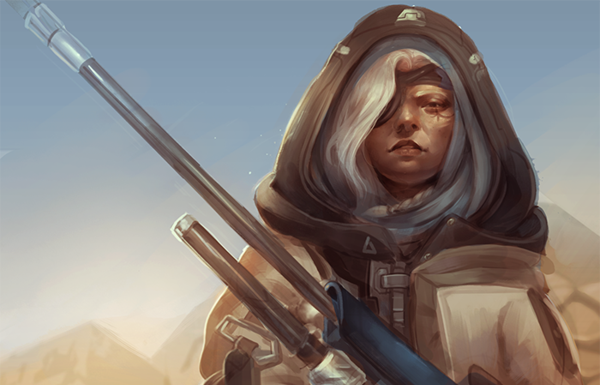 I hope Axx shines in the next few weeks. If she gets off to a rough start (as many of our beloved pros have), we’ll have to endure an endless stream of whining littered with utterly charming buzzwords like “sjws” and “what now feminazis.” The internet is full of enough stupid people already, let’s not add to it.

Newbee.Boss certainly has the potential to be… well, boss at Dota. The three veteran players can set a good example for Axx and other newcomer Zei9 (who has an interesting story himself: he’s the son of a billionaire and the boss of Newbee). If you want to learn more about Axx, you can check out her stream at Panda TV. 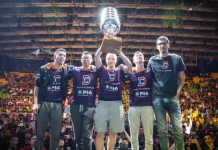