General Stephen Draper -
-6.8k
Path of Exile Shaping Before you start shaping your Path of Exile Atlas, we suggest you read our introduction to the Atlas. Once you have...
via Valve

The full list is viewable here, but here are some notable ones:

GosuGamers picks two winners for each category. Their staff chooses one, and the second is determined by a community vote. Full list here, highlights below:

The Esports Industry Awards covers all esports, but here are the Dota winners:

I agree with most of the choices, although I do think that awards like these favor teams and players who performed well in the second half of the year i.e. more recent memory. I mean c’mon guys, the Shanghai  Major was actually in 2016 despite feeling like ancient history. 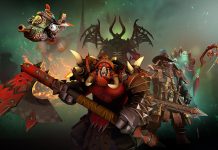