Dota 2 Eugene Torubalko -
-441
What to Expect for the Spring 2021 Dota Plus Update Dota Plus is a premium monthly subscription service in Dota 2. It comes with many...
Featured image via dota2walls.com

Is there any hero more feared in average skill pub games than Slark? For a long time, this hero has attracted early picks and bans, and you’re probably familiar with that helpless feeling of creeping away from the safety of your tower to place a Sentry Ward only to have an overfed Slark tear you apart in seconds. That being said, this hero isn’t as strong as you might think, so let’s look at the best ways to punish an early Slark pick.

Pressure Slark in the laning phase

As with any snowballing hero, shutting them down in lane and crippling their momentum is the easiest way to ruin their game. Slark is weak during the laning phase, capable of inflicting a bit of damage but incredibly squishy and limited mana. Timbersaw is one of the heroes that’s especially good at countering Slark, and any strong offlane duo should be capable of slowing down his safe lane farm. Just remember that Slark can be tricky to finish off thanks to Pounce, so don’t dive too far or get baited into a trap–your main task is to stop him from farming a fast Shadow Blade.

Slark’s ability to snowball into an unstoppable pushing force largely depends on his ability to pick off isolated heroes or dominate early skirmishes. A five man push strat, with Sentry Wards placed at key locations, leaves him unable to find kills or defend his towers without getting caught out. If you can encourage your team to play as five, he’s much less of a threat.

Another way to stop Slark snowballing out of control is choosing heroes that are difficult for him to pick off. In other words, cores with an escape mechanism like Faceless Void, Anti-Mage, or Queen or Pain, and supports who can survive a gank like Dazzle, Shadow Demon, or Sand King. If Slark wastes his time running around the map looking for kills he can’t find, he’ll quickly fall behind in farm and contribute little in team fights. Additionally, don’t forget that Shadow Dance doesn’t protect him from area of effect damage, so look to include some in your line-up.

There are many ways to kill a Slark. Lock him down in a Chronosphere with Void, Duel him with Legion, Call him with Axe, but silences are also an incredibly effective way to get the job done. Slark is useless without his spells and doesn’t like to build a Manta or early Black King Bar. Puck is excellent against him for this reason, but cores like Queen of Pain or Storm Spirit are also strong picks against Slark, especially once you’ve picked up an Orchid. Supports like Disruptor or Silencer are tempting choices but will need to avoid feeding Slark kills and prioritize buying defensive items.

You’ll probably see Slark in one of your next pubs, but with the right tools at your disposal, his chances of dominating the game decrease dramatically. 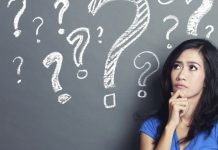