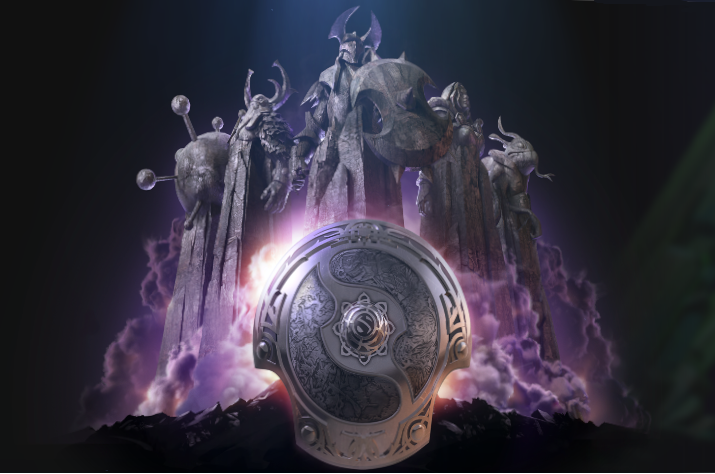 Dota 2 is a relatively easy game to pick up and play. The tutorial has been recently revamped and provides a modicum of basic gameplay teaching. Anyone can install Dota 2 and play the game, but playing well is a different story.

With 115 heroes to pick from, each with at least 4 different abilities; 3 different main attributes; 153 items; varying starting health pools and health progression; movement speeds; casting animations; a unique turning radius… This game is nuanced, requiring an in-depth knowledge of how a Hero acts and how to itemize. With all of this in mind, we are going to break down two newbie-friendly heroes in Dota 2 to help improve your play!

This is perhaps a favorite Dota 2 Hero. She’s typically played as a support, which means that, as CM, you will aid the main Carry in their lane by harassing the other team, buying wards, placing them strategically, and generally making yourself a nuisance.

What makes CM so great for beginners is her third ability: Arcane Aura. This passively gives her entire team increased mana regeneration, allowing them to use their abilities more freely. Other players will love you just for being on the map. It is important to remember to skill this ability at level 2 and 4, giving your team as much mana as they can possibly get. Mana-hungry heroes like Storm Spirit particularly love having a CM on their team.

CM’s other abilities have their uses as well. Crystal Nova should be used sparingly during the laning phase of the game; however, during team fights, use this ability without hesitation as it slows both the enemies attack and movement speed. Crystal Nova can also be used to slow a hero that is getting away from an aggressive attack from your Carry, allowing the Carry to get the final blow. Again, do not use this ability in lane to gain creep kills or even get the final hit on an enemy hero unless there is no other option. This ability should be skilled third.

Frostbite is CM’s second ability and should be skilled first. It has a shorter range than Crystal Nova but, at level 1, provides a root for 1.5 seconds and deals 50 points of damage more than Crystal Nova. Use this ability to harass the enemy hero in lane as often as you have the mana, just try and not put yourself in a bad position.

When harassing an enemy Hero, click on the ground near them to move your Hero. By not clicking the enemy Hero directly, you will not draw aggro from the creep wave and can move past freely.

Finally there is CM’s Ultimate, Freezing Field, and it hits like a truck. This is a teamfight or desperation-only ability. If in a teamfight and you have used Crystal Nova on as large a group of people as possible, or Frostbite on someone you want to keep still, engage your Ultimate. CM’s Ultimate crashes down around her in a large radius causing massive damage and a large movement slow to all enemies. Either the enemy will stay in your ultimate and die, flee screaming and still possibly die, or exert their effort to stop your ult. All of these outcomes are good in a teamfight as their focus is on you and not your Carry, who is hopefully doing their job.

Dragon Knight is another great Hero for new players. This Hero typically takes the Mid or Off-lane and plays a core position. Which is to say, this hero requires some farm and items to be useful.

DK has three abilities one can skill at level 1. Typically, Breathe Fire is picked first as you should purchase health regeneration items to start. Breathe Fire is a great ability to secure yourself last hits early on. This ability is also great as it applies a debuff to enemy Heroes when hit, making them deal less damage. We recommend you utilize your early-game gold to purchase a Soul Ring which will allow you to spam your spells over and over.

The next ability you should take is Dragon Blood, which provides health regeneration and armor for DK. This allows his to lane without worry, as he not only takes less damage from physical attacks but can also step back and heal up without moving out of experience range. DK can also stay in range to get last hits from a distance with Breathe Fire once strengthened by Dragon Blood.

Dragon Tail is DK’s iffy ability. It is a stun that is linked to DK’s attack range. Being a melee Hero, this requires DK to be directly in front of the enemy he wants to stun. Hold off on getting this ability until level 5, unless a situation occurs where you desperately need a stun and you have held off applying a skill point.

Once you are level 6, DK gets his Ultimate: Elder Dragon Form. This transforms DK into a dragon. The first level is a poison dragon, level two a fire and three an ice. Becoming a dragon also makes DK a ranged hero during the duration of his ultimate. This has two benefits: first, DK’s Dragon Tail stun becomes a ranged stun, and second, DK is now further from harm as he is on the backline of fights. This combination of abilities make DK a particularly hard Hero to kill, making him a good choice for new players.

There are many great in game guides that will help you with deciding on what items to buy as well as choosing which talent to pick in the talent tree for each Hero. Torte de Lini’s builds are particularly popular; however, I would not get stuck in following a guide to its exact formula and allow for some flexibility as situations demand. Also remember to utilize community-created tutorials and guides.

Good luck in there and remember, teamwork makes the dream work. 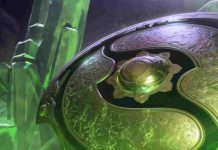