The Dota 2 community is still feeling the aftershocks from Fnatic’s announcement last Saturday. The Malaysian squad’s last native player, Chong Xin “Ohaiyo” Khoo, was replaced by former Evil Geniuses offlaner Saahil “Universe” Arora. It only got spicier on Sunday when Ohaiyo posted about his disappointment regarding the cruel way the team handled the situation. Fnatic didn’t inform him of the change until right after he helped them qualify for the ESL One Katowice Major. Apparently, they had told a number of other people ahead of time.

Results drive roster decisions. Universe is the better player, but Ohaiyo’s disappointment is justified. To make matters worse, Ohaiyo’s professional prospects for the rest of the season are now in jeopardy.

Fnatic has done their best to put out the fires that were ignited from their announcement.

According to Fnatic’s Chief Gaming Officer Patrik “cArn” Sättermon, they made the change at the earliest possible time. Valve’s delay in informing teams about the roster lock window messed up the timing. As a result, Fnatic had no choice but to enter the qualifiers with the roster as it stood. The organization is doing everything in their power to help Ohaiyo find another opportunity. He is still receiving a salary and will earn a share of the team’s winnings from ESL One Katowice.

It sounds like they didn’t want to tell Ohaiyo ahead of time because they didn’t want it to affect his performance. It was the right business move, but it was also unfair to him. He should’ve been the first one to know.

By replacing Ohaiyo, Fnatic lost their last Malaysian player. He had been there since the organization’s Dota 2 branch migrated from Europe. While the move makes sense on paper, some fans are angry. To add insult to injury, Ohaiyo also loses out on the chance to compete in the Malaysia-hosted ESL One Genting Minor tournament later this month.

Fnatic’s Dota 2 team has never won a multi-regional tournament. At the DOTA Summit 8 Minor in December, they came incredibly close, losing 3-1 to Virtus.pro in the Grand Finals. It’s understandable for the organization to leap at any opportunity to improve, and in terms of talent, the updated roster might be the best they’ve ever had.

Fnatic had reason to be ruthless, but they’ve ruined Ohaiyo’s future options in the process.

Ohaiyo has only two months of professional experience outside of Malaysia (a short stint for Chinese team EHOME in 2015), and the February 5 deadline for the TI8 roster lock is approaching. Whether he stays in Malaysia or not, Ohaiyo’s options are limited.

Play in a Different Region

Maybe it’s time for a change. Ohaiyo speaks English and Chinese, which opens up opportunities, but the problem is that there aren’t many open offlaner positions in other regions. North America is overstocked with offlaners. In Europe, the positional outlook is similarly bleak. It would also be a massive adjustment to relocate to either one of these regions.

China’s LGD Gaming appears to be the most ideal landing spot. LGD has recently shuffled their lineup because of disappointing results. Their current offlaner, Yang “Chalice” Shenyi, is relatively unknown, and just 19 years old. Perhaps they would be interested in a veteran such as Ohaiyo for their upcoming TI8 run.

Hope That Things Don’t Work out Between Fnatic and Universe

From the announcement, it’s not completely clear if Universe has signed a long-term contract with Fnatic yet. He’s set to be part of the active roster at ESL One Genting. However, the roster lock deadline is scheduled for about a week after the tournament’s conclusion.

Maybe Universe will ultimately decide that Fnatic isn’t for him. Universe has already failed with EternaLEnVy and pieliedie once before in Europe, while playing for Team Secret. Until he is formally confirmed to be a on a team’s roster, there’s no guarantee that he stays, especially if their results are weak. After all, he’s playing in an entirely unfamiliar region.

If Universe dips and Fnatic ends up begging Ohaiyo to return, the Dota 2 community would go bananas.

In all likelihood, Ohaiyo won’t find another team as good as Fnatic anytime soon. After experiencing such a hurtful blow, it’s unwise to make rash decisions. Nobody wants to take a break during this extraordinarily lucrative season. Unfortunately, it might be the best move for Ohaiyo.

To be clear, Ohaiyo isn’t mad about Fnatic’s decision. What disappoints him is how it went down.

We’ve all felt betrayed at times. Everyone has experienced injustice at some point in their lives, big or small. So when we see someone in Ohaiyo’s position, we naturally empathize and project our own feelings onto the situation. In a sense, esports is a plane on which we can connect (or argue) with others about common issues. A place where we can discuss and express our feelings indirectly.

We feel for Ohaiyo because we’re also scared of not knowing what’s next, of the thought that everyone might be conspiring against us behind our backs, and of future uncertainty. It’s also nerve-wracking to think about possibility missing out on things that everyone else is experiencing. We can cover it up with memes about pizza parties, but as much as we try to ignore it, we know the truth. The void frightens us all. 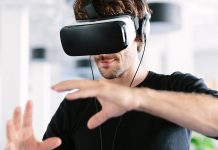