Dota 2 Eugene Torubalko -
-441
What to Expect for the Spring 2021 Dota Plus Update Dota Plus is a premium monthly subscription service in Dota 2. It comes with many...
Image via Dota 2.

The International is the biggest Dota 2 tournament on the Major Championship Circuit. The original prize pool was $1.6 million USD, but that has risen throughout the years by staggering amounts. As of the third TI tournament, the Dota 2 community has been able to contribute to the prize pool. They add to the prize by purchasing in-game items that are directly tied to the event, a portion of which is put towards the prize pool. This has led to the largest prize pools for any event in esports history.

Each year they break records for the highest amounts ever recorded, working their way from that beginning $1.6 million USD all the way to last year’s number: a staggering $24.8 million USD. This is in comparison to League of Legends, their big competing MOBA, who have put $5 million on the line for their biggest events and are not crowdfunded.

These massive prize pools only add to the thrill, particularly since the fans themselves were the ones who created such lofty goals.

The International 8 will be held in Vancouver, August 20-25th. Fans can purchase their event tickets already, and there are two different tickets that can be purchased. The ‘Midweek’ ticket grants access to the first four days of the event, while the ‘Finals’ ticket grants access to the final two. Details and pricing can be found here. All pricing is in CAD, as the event is in Canada.

The most interesting part of The International tournament is that no team has won it more than once. In fact, only two teams (Na’Vi and Newbee) have managed to get both a first and a second place finish in different years. This makes the event not only the biggest of the year, but also hotly contested. There is no powerhouse team that will sweep in and wipe the floor with the competition like Samsung has managed to do in League for so many years.

Every team is on an equal footing. Every team has a chance at the prize pool. And the finals are in the greatest country on Earth. Announcing The International 8, here’s to it being one to remember!

Previous articleThe Easiest Dota 2 Heroes for Beginners
Next articleDota 2: Hardest Heroes to Play Against in 7.08 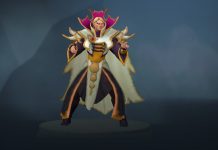