General Stephen Draper -
-6.8k
Path of Exile Shaping Before you start shaping your Path of Exile Atlas, we suggest you read our introduction to the Atlas. Once you have...
(Featured image via Valve's official @dota2ti Instagram account.)

As of November 22nd, Dota 2 has officially introduced Seasonal Ranked Matchmaking. This new system will force every Dota 2 player to recalibrate their matchmaking rank at the beginning of every six-month season. According to Valve, these “[i]nitial calibration games will be seeded roughly based on your previous skill.” If you were a high MMR player before Seasonal Ranked Matchmaking went live, you can expect to end up in one of the higher ranks after you finish your placement games.

This is what the “medals” for each rank look like:

The medal of every player is now displayed during the draft. As you can see in the image above, each medal has a fancy name, and you’ll need to earn five “stars” on a medal to graduate to the next rank. Valve is also reworking the leaderboards to include every player with a Divine medal, which is a nice way to recognize the skills and dedication of the best pubstars in the world.

We’ve seen matchmaking seasons before in Dota 2. The Compendiums/Battle Passes for TI6 and TI7 included a separate ranked matchmaking queue with its own MMR system. If someone played forty matches of International Ranked, they could choose to replace their regular MMR with their International Ranked MMR once the season was over.

With the Compendium and Battle Pass serving as a paywall, these pseudo-seasonal MMR systems sometimes offered higher quality games, but there were a number of players who took advantage of them to artificially boost their MMR. At any rate, Valve’s decision to drop permanent MMR in favor of seasonal ranked matchmaking will inevitably change the way players experience progression and improvement in Dota 2.

This update doesn’t fundamentally change anything about the way MMR is calculated or what it represents. However, it does address the phenomenon of players hitting certain milestones—such as 4k or 5k MMR—and refusing to play any more ranked matches. For these players, losing enough MMR to drop below these milestones was an unpleasant enough possibility that it managed to deter them from playing the game altogether.

Dota 2’s new seasonal ranked matchmaking is more achievement-oriented than permanent MMR, since your improvement is attached to medals and stars instead of vague +/-25’s and +1000 MMR landmarks. Valve might be trying to combat the declining player base of Dota 2 by giving players a more constant sense of progression, and the decision to reset player ranks every six months may also be a way to discourage boosting services and account buying.

MMR was introduced to Dota 2 in December 2013, and it has served as the primary in-game status symbol for the community ever since. Some Dota fans will be upset about the “disappearance” of their hard-earned MMR. (It’s worth noting that MMR still technically exists and can be viewed on your profile.) Other players will use the medals to preemptively judge their teammates before the match begins.

But let’s be real. The people who are going to be sad about their MMR or flame their team about medals were always going to find something to be upset about, because it’s too easy to care too much about MMR.

Previous articleYou Are Not Your MMR: The Dangers of Obsession
Next articleMidas Mode: A Breath of Fresh Air for Dota Fans 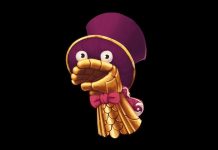