Dota 2 is free to play, but would you pay money for a better pub experience?

FACEIT has revamped itself. Where it used to be an in-house league for mostly pros and high MMR aspiring pros, it’s now offering a bunch of different skill tiers to give all players the in-house experience.

Your MMR is matched with an ELO rating through FACEIT’s system and divided into divisions with players of similar skill grouped together. If you place in the top five of Division 3 after a month of play, you’re promoted to Challenger, which is analogous to a “minor league.” If you can manage to be one of the top two players in Challenger, you’re promoted into the Pro league where you can play against PPD and Fly and the like.

Within FACEIT’s league, you play Captain’s Mode matches–this means that one player is responsible for drafting, and the pick/ban order follows the same rules as pro games. You’re ranked on a ladder, and the number of points you get from a win depends on the skill of your opponents

FACEIT Pro League is the place where MinD_ContRoL got his start. An informal farm league is a great way to discover new pro players as well as get potential ones used to playing on pro-level teams and with people who may be their teammates in the future.

Why should you pay for FACEIT?

One of the biggest complaints about Dota (and really any MOBA) is the sheer number of feeders and abandoners that ruin games. Low Priority is the only deterrent, and even that isn’t all that effective as people just make smurf accounts and keep playing in regular matches.

“…but by applying a small paywall, we believe it will act as a deterrent for trolls and less serious players which will guarantee the quality of the competitive environment.”

FACEIT is attempting to use payment as a way to weed out the majority of game-ruining players. The cost isn’t that high—the price per month varies depending on how many months you agree to, but it’s less than $10 USD/month in all cases. I’m sure there are some people who will pay $10/month and still destroy all their items and run down mid when they’re losing, but it should tackle at least the majority of griefers. The paywall will likely filter out younger players as well, so it’s less likely that you’ll be paired up with a 15 year old who is skipping school to ruin people’s pub games.

Unfortunately, this system probably can’t help filter out purchased accounts. Someone who buys a 5K account would theoretically be able to join one of the higher divisions in FACEIT. If you were a true Division 3 ranked player, there’s still a chance you could get paired with an account buyer who can’t compete at that level. I mean, it seems counter intuitive to buy an account and then pay money just to be consistently at the bottom of your division’s leaderboards, but then again why buy accounts in the first place?

Do you find yourself not wanting to play Dota because you get paired with abandoners? Then FACEIT League might be for you. If you’re already spending money on hats for Dota, using that money instead to purchase a more curated pub experience might not be a bad investment. If you’re high MMR and looking to go pro, FACEIT’s system is really the only way aside from getting noticed in general pubs. 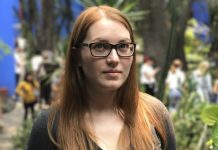