General Stephen Draper -
-6.8k
Path of Exile Shaping Before you start shaping your Path of Exile Atlas, we suggest you read our introduction to the Atlas. Once you have...
(Photo by Kara.)

The first time I watched a game of Dota, I had no idea it would become such a large part of my life in the years to come.

That was three years ago, during the TI4 qualifiers. I was 25. I knew about Twitch and had watched the occasional stream before, but didn’t realize professional video gaming had such a large audience. I’m admittedly not a huge gamer—I played a lot of computer games as a kid but largely gave it up during my teen and college years. I don’t have a lot of time to actually play Dota these days, but I always catch games live if I can.

A little over a year after I started watching Dota, I saw an ad on Reddit looking for writers for a new esports website. I answered the ad, and the rest is history. My writing gig with Esports Edition helped me land my geology career job—my now-coworkers were interested in the fact that there was a place they could go and look at my work and learn something not only about me but also about an entire industry they had never heard of.

I love everything about Dota: the lore, the character design, the concepts. I also love  most things about the pro scene: the player stories, the rivalries, the occasional awkwardness. And the fans are the icing on the cake. No traditional sport has fans quite like esports fans. My love for Dota has expanded into an interest in the entire industry, from the legal issues surrounding player contracts (or lack thereof) to the ethics of Adderall use.

Esports has an unexpected area of overlap with geology: both are historically male-dominated industries experiencing growing pains as they learn to better integrate women. When I hear stories from other female geologists about not being taken seriously as field scientists because of antiquated ideas about women’s “toughness,” it closely parallels the esports industry’s attitude towards female gamers and their relative abilities. It’s been interesting to come along for the ride and see how the culture is evolving.

Embracing Dota helped me revive many of my other interests that I had let go over the years. When I was a kiddo and a young teen, I loved Pokemon. I used to stay up all night to catch Inuyasha on Adult Swim. But as I moved into the later half of high school and eventually went on to college, where you’re starting at square one again in the friends department, I let a lot of my “nerdy” interests disappear. Pressure to fit in is a real drag, and I didn’t want to be singularly defined as an “anime dork” because people would key in on just one of my many interests.

Following Dota helped me say “fuck it” and go back to appreciating, playing, reading, and watching whatever the hell I feel like. I can’t wait for the next volume of Haikyuu to come out. I’m finally getting around to watching Naruto. And you’ll find me sporting my Tango Necklace next week at a professional conference.

People react differently when I tell them that I write articles about professional video gaming. Sometimes it’s incredulity, sometimes it’s bemusement, but I’ve found that if I just say it with conviction, people respect it. Yeah, I do watch other people play video games on “TV.” They’re the best players in the world and are competing for millions of dollars.

RollerCoaster Tycoon might be the best game of all time, but Dota is fast, fun, and always exciting—it’s a great sport for players and viewers. 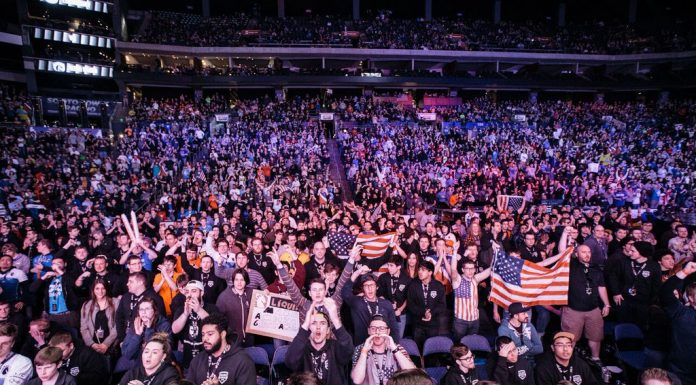 I have several that I use, but they’re almost all based on minerals.

EternalEnvy. His storyline is the best storyline, and he just keeps picking himself up and continuing onward.

Depends on the day! I love Lyne, but if I really want to procrastinate, I might grab one of my many Nintendo handheld devices and play some Pokemon.

I’m fascinated with the human side of the sport, and I love reading work that explores issues like player contracts, professional conduct, and the gender balance.

Don’t flame me, but both are okay. I’m not super into superhero stuff, if I’m being totally honest. I enjoy it, but I don’t really seek it out. If I read comics these days it might be Adventure Time or just manga in general.

The Labyrinth Zone in the original Sonic the Hedgehog. The sound effect that plays when you’re running out of air still haunts me. That level’s music is top 10 video game tunes material though.

Thanks for reading! We’ll have more staff profiles coming out over the next two weeks, but while you’re waiting, you should follow Kara on Twitter. 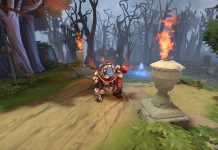