General Stephen Draper -
-6.8k
Path of Exile Shaping Before you start shaping your Path of Exile Atlas, we suggest you read our introduction to the Atlas. Once you have...
Photo courtesy of Sabina Hemmi.

It’s hard to find a Dota 2 player who hasn’t used the popular game analysis platform Dotabuff. Dotabuff, and its counterpart Overbuff, pull statistics and information from your games and let users parse through the data. I sat down with Sabina “Lawliepop” Hemmi, the Product Director and co-founder of Dotabuff and Overbuff. Dotabuff just celebrated their five year anniversary, and Sabina and I talked about the history of the two sites, what it’s like becoming a leader in the gaming community, and what the future holds.

Providing statistics for an ever-hungry community

Most people who use Dotabuff might not know that the site was originally an offshoot of a League of Legends project. Before Dotabuff existed, Sabina and her co-founders, Jason Coene and Trevor Schmidt, had identified a need in the League of Legends community for a site that provided statistics for players. At the time, League of Legends was in a period of massive growth. Sabina was passionate about the game and experienced with data visualization, and worked with her colleagues to launch their League of Legends stats site, “Elobuff,” in 2012. Once the site went live and started gaining traction, the founders were approached by a company who wanted them to work on creating a similar site for Dota 2. On August 23rd, 2012, Sabina and her colleagues launched their second community statistics site, Dotabuff, and it rapidly became one of the go-to resources for Dota players looking to improve.

The success of Dotabuff pushed the team to explore other game titles. Sabina had been playing Overwatch from the first alpha weekend, and had fallen in love with the game. Building Overbuff was a labor of love, and the Dotabuff team “locked themselves up” for just over two weeks to write the code for the new site. After Blizzard announced the Overwatch League (OWL), Sabina and her colleagues knew they wanted the site to help fans track the successes and failures of their favorite players and teams.

Sabina’s role in the creation of Dotabuff

Like many entrepreneurs in the tech and gaming industry, Sabina wears multiple hats, but she’s “primarily responsible for dreaming up new ideas for [the] future.” Sabina continues to search for better ways to present statistics in an informative way to players. “Data visualization is a field that’s still emerging,” Sabina tells me, and she was eager to throw herself into the ring.

Building sites like Dotabuff and Overbuff is full of unpredictable and unexpected challenges, but “sometimes you need a challenge to get to your full potential.” The Dotabuff team was one of the first groups to take full advantage of Valve’s WebAPI for Dota 2, and figuring out how to navigate, collect, and visualize the data they pulled from player match histories required persistence and a pioneering spirit.  These days, Sabina says many of the challenges involve developing and implementing new features to meet the needs of the community.

Becoming a leader in the industry

Sabina’s journey from leading one of the top two World of Warcraft guilds in the United States to becoming the co-founder of the largest Dota 2 statistics site hasn’t been easy. In her World of Warcraft guild, Sabina faced daily harassment and, as time went on, she started to feel burnt out. Sabina decided to leave the guild to find a job that would challenge her, and shortly afterwards, started work on Elobuff with Jason Coene and Trevor Schmidt.

Sabina hasn’t always been eager to talk about her achievements or accept interview invitations from news outlets. For about three years, Sabina didn’t do interviews nor did she promote herself within the industry. Sabina was determined to see Dotabuff succeed, but she tended to stay out of the public eye because she didn’t want “Dotabuff to be about [her] gender.” Dotabuff’s place in the community needed to be earned by the merit of the platform itself.

The future of Dotabuff

Dotabuff has been providing critical information to casters, professionals, and players around the world for five years. Sabina noted that Dota 2 has become a mature game and that future developments for the site need to reflect that maturity. The focus is no longer strictly on figuring out new ways to visualize statistics or gaining access to more data. Now, Sabina tells me, it’s about making sure that Dotabuff has the features it needs to grow old with the community.

Sabina wants Dotabuff to become “a hub for Dota 2 memories.” At TI7, she was watching a game with friends in the stands at KeyArena. While the action unfolded, and the game started going past the hour and a half mark, they noticed that the fans below them were pulling up their Dotabuff accounts to find their own longest matches. Moments like this, Sabina says, are the payoff for her hard work. She believes platforms like Dotabuff are in a unique position to “use statistics to immortalize moments for people.”

Sports and esports enthusiasts alike have “moments” that they affectionately reminisce about. Maybe your grandpa won’t stop talking about the time he watched Mickey Mantle hit a home run, and he likes to bring out the ticket stub to prove he was there. Remember when Michael Phelps won five gold medals in the Summer 2016 Olympics? Or when you scored the touchdown to win the Homecoming game for your high school football team? Sites like Dotabuff and Overbuff help us preserve these moments. They let you comb through the time you’ve spent playing Dota and remember when your team’s Witch Doctor bought two Divine Rapiers. They let you look at the net worth graphs, creepscore, and item timings in the game where Universe landed his infamous 6 Million Dollar Echo Slam. In a world where digital interaction has become a daily fact of life, these sites are an archive for the historians and social scientists of the future. But they’re also an accidental diary, immortalized in the cloud and only a click away.

Previous articlePay for Better Dota Pubs with FACEIT League
Next articleTrial by Fire: How Valve Could Improve Dota 2’s Tutorial 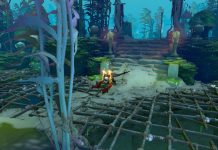 Trial by Fire: How Valve Could Improve Dota 2's Tutorial