General Stephen Draper -
-6.8k
Path of Exile Shaping Before you start shaping your Path of Exile Atlas, we suggest you read our introduction to the Atlas. Once you have...
(Featured image via SirActionSlacks.)

Midas Mode is a brand new type of Dota tournament, invented by SirActionSlacks and Moonduck Studios. Novelty Dota tournaments are somewhat of a rarity: in the past, we’ve had Captains Draft and Ability Draft, but these events are anything but frequent.

What is Midas Mode?

Midas Mode is a Dota tournament with a twist. Teams start out with 7,500 “Moonbucks,” a fictional currency. Teams then use those Moonbucks to do certain things within the game. Drafting heroes costs Moonbucks. Pauses cost Moonbucks. The price of each hero is determined by its popularity in the current meta and how often it’s been picked or drafted during the tournaments. In other words, teams are rewarded for playing unusual or off-meta heroes.

You can read the full Midas Mode rules here, but I want to highlight the audience participation aspect. Each day, Moonduck posts a thread on the Dota 2 subreddit where people can suggest specific challenges for teams to attempt in order to earn extra Moonbucks.  These are “bounties,” and the challenges range from “League of Legends Mode: No Denies” (courtesy of /u/AlinValentin) to heartwarming ones:

This is an amazing idea, and gives viewers a reason to keep tuning into the stream, regardless of whether or not they’re fans of the teams who are playing.

There’s even a betting component, where viewers earn Moonbucks of their own for watching the stream. You can hoard the Moonbucks, or place bets on hero drafts or the outcome of a game.

‘Tis the season for charitable giving, and the teams participating in Midas Mode decided to donate their winnings to various charities.

Slacks filmed a few segments at the space center and even met a real astronaut.

Dota tournaments are often criticized for their choice of sponsorships and the locations of their ad placements. Many viewers don’t like seeing shades-of-legal key reseller sites or certain betting sites. Corporations are dominating the airwaves. Midas Mode steers clear of most of it, by only featuring GG.Bet, a betting site that doesn’t have the same baggage as other platforms. Other sponsors include an e-liquid company, Massdrop, and AntLion Audio.

What Can Other Tournaments Learn From Midas Mode?

The mechanics in Midas Mode are cool, but it’s not something I’d personally want to see at The International, or other multi-million dollar tournaments. Of course, I highly doubt Valve would be willing to use the Midas Mode format in their events, and if the best teams in the world are duking it out on the biggest stage, most fans would prefer to watch regular Dota.

Viewers who are also avid players generally enjoy “playing along” with the draft phase. It’s fun to try to predict which heroes will be picked and banned and what roles the heroes will fill. It’s a little more complicated with Midas Mode. The occasional oddball tournament is refreshing, and it’s nice to see a pro game with Techies, but, personally, I don’t want to see aspects of Midas Mode to take over typical Captain’s Mode games in official tournaments.

Part of the value of Midas Mode is the novelty. Hopefully Moonduck will only run a Midas Mode tournament once or twice a year. Any more than that, and interest will likely fade. One benefit that the players get out of Midas Mode is the ability to play non-standard and off-meta lineups, since they’re compensated for picking heroes that aren’t popular at the moment. It’s likely that the teams competing in Midas Mode will discover some combos or synergies that they would have overlooked in favor of playing safe drafts in a regular tournament. It’s great practice for thinking outside the box in more serious settings.

Midas Mode may not be over yet, but it’s going to be hard to top. It’s been a fun tournament with a refreshing format, and the extra content has been hilarious. The interactive bounties keep viewers coming back, and the format is unusual enough to help relieve some viewer fatigue. I was pretty burned out on tournament watching after TI7, but Midas Mode has been a treat, and I’ve been tuning in every day.

Previous articleHow Does Dota 2’s New Seasonal Ranked Matchmaking Work?
Next articleDota 2: Ten Things You Can Buy Instead of an Account 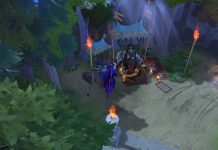