Reviews Stephen Draper -
-280
We were lucky enough to receive a Roccat Kova gaming mouse last month to review. I’ve used the mouse extensively, and have...
Featured image via blog.dota2.com

Dota 7.01 has been out for a while now, and we’re probably all a bit tired of seeing mid Ember and Helms of the Dominator. It won’t be long before Valve release the next patch to see players through to the Kiev Major in April. What will we see in Dota Patch 7.02? Well it’s unlikely to be a huge patch, so soon after such massive changes to the game, but some well placed nerfs will liven up the meta.

Ember isn’t quite as imbalanced many players like to claim, and it’s refreshing to see Ember back in the meta in his new form. He’s still vulnerable to silences and mitigating his magic damage is something teams can prepare for. Having said that, with +15% Spell Amplification up for grabs at level 10, and an array of other generous Talents, I think it’s fair to say these need adjusting.

The “Sniper” Lone Druid build is terrifying and we’ve seen numerous professional teams exploit it on the main stage of recent LAN events. Once again it’s an outstandingly powerful set of Talents that push this hero over the edge. +200 Attack Range at level 10, +65 Damage at level 15–are you kidding me? Don’t forget, you can always grab -50s respawn time at level 20.

Underlord did see some changes with the introduction of patch 7.00 but we saw at Dotapit just how strong the hero still, with EG and OG both happy to pick it up early on in their drafts. This hero is so damn tanky and contributes heavily to team fights, in addition to the fact he farms incredibly fast and gives you great map control with Dark Rift. Expect to see him reigned back a little in patch 7.02.

Is Monkey King overpowered? Not as much many people seem to think. Just like any other snowballing hero, he’s good when he’s ahead, weak when he’s behind. His laning stage perhaps makes him stand out, due to the unexpectedly long attack range helping him build up Jingu Mastery stacks. Like any hero entering Captain’s Mode for the first time though, Monkey King is likely to see a few tweaks so that he doesn’t impact the professional meta too heavily.

Lycan is one of the the most under-picked heroes in pubs games, probably because a lot of players don’t like to micro. He has a high win-rate at every level, with his ability to push rapidly, take Roshan, and dish out massive amounts of damage. We expect he’ll also be adjusted before he’s released back into Captain’s Mode in patch 7.02. After all, nobody wants to see the return of the five man deathball push era. 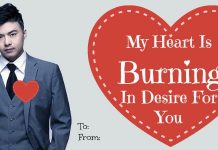