Dota 2 Eugene Torubalko -
-441
What to Expect for the Spring 2021 Dota Plus Update Dota Plus is a premium monthly subscription service in Dota 2. It comes with many...
Welcome to Low Priority. We hope you enjoy your visit. (Featured image via Valve.)

In the next installment of “things that make Dota Players rage furiously on the internet,” we have Low Priority. Rivaling Region Locks in terms of sheer number of Reddit rage threads, the Low Priority system has had detractors through every iteration.

Most people are on-board with a punishment system for flamers, abandoners, and feeders. It makes sense that if they’re going to do this repeatedly, they can all be stuck together in a digital Dota wasteland. Whether or not a “shadow pool” exists for such players remains unclear, although there is significant evidence to suggest that your behavior score does play a role in Valve’s official matchmaking.

Flaws in the system

Additionally, report abuse is a real issue. Techies players have been dealing with it since the hero was released. Everyone likes to pretend that they take the high road and only report their teammates who were flaming or feeding couriers, but I bet for many the temptation of the report button is just too much to bear. It’s only human to feel angry at the player who dumpstered you mid and want to get back at them, but part of being a quasi-adult is suppressing that.

A good allegory for the report system: The downvote button on Reddit. It’s *supposed* to be for factually incorrect comments only but let’s be real, it’s basically a disagreement button.

Valve reduced the number of reports a couple of months ago in an effort to combat the “unfair” punishments. The idea behind this was with fewer reports available, players would save them for only times when it was really warranted, not “ur medusa build was so stupid omg.” That doesn’t seem to have happened.

There’s been an uptick in the number of complaints about the Low Priority system. It seems as though there’s a bug in the algorithm that hands out Low Prio tickets–many players have reported being sent to Low Priority over one lost game, sans any flaming or feeding. Let’s assume half of these people are glossing over the fact that they bm-ed their useless carry. Even with the portion that’s left, it appears that there’s an issue with the system. Again with SingSing as an example, if he plays in a 5-stack and we assume his teammates (who are his friends) are not reporting him, it’s the enemy team reports that are sending him to low prio-land. That’s hardly fair given that it’s human inclination to try to get back at the guy who just beat you in a competition.

Valve’s Low Priority system isn’t transparent. They have never fully explained how the conduct summary works aside from the very basics. Supposedly some part of the process is overseen by humans, but with so few employees I can’t imagine it’s more than a small number for QA/QC purposes. I hope they’re working on it now that the region lock has sort of been figured out, because I’m tired of reading about it daily on forums.

And before you report your 1-15-2 Invoker for feeding, consider that they might have had just a really bad game. Save your reports for the obvious abusers. 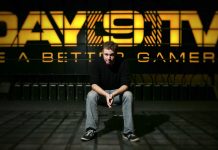