The new patch is here and with it a whole bunch of new items, hero tweaks, reworks to pub and competitive drafting, map changes, neutral creep adjustments, and plenty more. It’s going to take a while for all the changes to be fully understood and professional players will be experimenting heavily over the next few weeks before the main qualifiers kick off for the Manila Major but right away we can see that there are going to be some new heroes on the scene. Whether you’re looking for something you can spam or you want to know what you’ll be up against, let’s take a look at the rising heroes in Dota 6.87.

Axe is back big time. The change to his Counter Helix damage from physical to pure is a sizable buff in itself, even with the small reduction to its damage, since it will now ignore armor and block mechanics, but the change to Blade Mail is what’s really going to make him terrifying. Now that it returns damage before any kind of reduction it’s far more synergistic with Berserker’s Call because enemy heroes will not benefit from his high armour and it now also no longer ignores spell immune targets so BKB carries will have to watch out for Axe. Axe may still have laning issues, especially in competitive Dota, since he does struggle to find levels and farm in the offlane against strong safe lanes but he can always fall back to jungle camps if need be and his new potential will encourage pros to figure out the best way to get him farmed up.

Lifestealer was already on the rise in 6.86, with plenty of North American sides looking to exploit his new ability to infest ancient creeps and roam around unhindered during the early game, but he’s going to be even stronger in 6.87. Whilst the change to Infest so that he can’t use ancients until level 11 might slow down that particular tactic, he’s received a considerable Strength gain buff, from 2.4 to 3.0 per level, which will get him an extra 300 health and 15 damage at level 25. On top of this, a big buff to Armlet, with Unholy Strength now granting 5 armor, and other Strength items should make him a more viable carry option. Additionally, with the resurgence of mobile mid heroes like Puck and Queen of Pain, the potential for big Infest bomb plays has risen massively.

Slark is another hero who was featured regularly in competitive play previously and has only gotten stronger in 6.87. Whilst Slark has received no direct buffs, he’s grown stronger in a variety of ways indirectly. A hero who struggles in lane for both health and mana, the small improvement to base HP and mana pools will help him out early on but the changes to the his items is what has pushed him over the edge. Silver Edge’s new build up with the Ultimate Orb is an absolute godsend to a hero heavily dependent on acquiring stat items, whilst the new Vanguard build up for the Abyssal Blade, along with the buffs to its active Overwhelm, provides a new way to build Slark during the period of the game when he would otherwise be fragile. We’ve already seen some high level Slark players experimenting with the new items on him as well, including the Echo Sabre with gives a double attack every five seconds, and which ever build is eventually established as the best is going to be stronger than what we’ve seen in the past.

Lich didn’t see much competitive play previously but he was already relatively successful in pubs and he might well be just as viable in 6.87. The change so that Frost Blast and Chain Frost slows are now independent debuffs significantly improves his team fight potential and means that Chain Frost will hit more heroes if timed well with Frost Blast. Chain Frost will always be an unreliable Ultimate but it’s been seeing buff after buff each patch and with a bit of set up it can be devastating early on. Even better, the change to the Ranged Creep experience bounty means he’ll be getting his Ultimate online much sooner than he previously did relative to the enemy heroes: with the Ranged Creep giving such a high proportion of each wave’s gold and XP bounty Lich’s Sacrifice just became an incredible tool to cripple an opposition side’s early game whilst accelerating your team’s experience gain.

This is the second patch in a row that we’ve seen big Dragon Knight buffs and given the nerfs to Invoker and Outworld Devourer there’s little doubt now that he’ll be able to be a competitive mid laner in 6.87. Changing the Breathe Fire attack damage reduction to 35% at all levels and increasing his base damage by four are too changes clearly designed to strengthen his laning stage and this should allow him to take on all but the most monstrous mids (Viper for instance).  In addition, he’s another one to benefit from the Armlet buff, along with the changes to other Strength items he might want to pick up like Heaven’s Halberd. 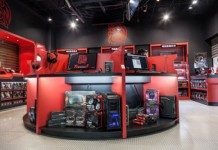 Merchandise and eSports: You're Doing It Wrong.