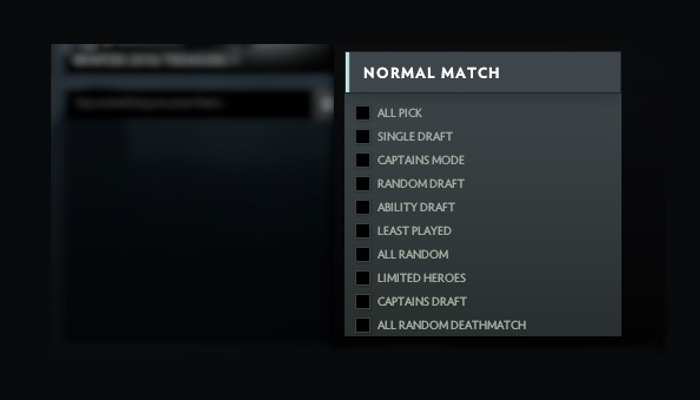 Captains Draft is an alternate gameplay mode. Professional tournament games are played in Captains Mode, where a specified captain for each team bans five heroes and picks five heroes each. Some heroes are not enabled in Captains Mode, usually because they are still being balanced or reworked and would be unfair to include in tournament play. In Captains draft, team are presented with a randomly generated limited hero pool. The pool always includes nine strength heroes, nine agility heroes, and nine intelligence heroes. Drafting proceeds in a snake like fashion similar to CM, but ultimately each team can only ban three heroes. All heroes in the game can appear in the CD pool, so there is potential for teams to pick up buggy or imbalanced heroes. This alternate mode forces teams to play off-meta heroes and try out new strategies as they don’t have the freedom to draft their favorite wombo combos.

My first exposure to Captains Draft and alternate gameplay modes in general was the DotaCinema/XMG Captains Draft 2.0 tournament. At the time, I had only been following professional Dota for about four months. Dota 2’s meta changes with every patch and oscillates between favoring a larger pool of viable heroes and a smaller pool. The meta when I began following Dota was the age of the Skywrath Mage + Faceless Void wombo combo [6.81]. By the time 6.82 rolled out I was pretty tired of seeing the flying dude in nearly every game. At least Captains Draft 2.0 gave me a bit of a break as Skywrath wasn’t always available in the pool.

Highlights from the Captain’s Draft 2.0 tournament

Dota Cinema has held two Captains Draft tournaments in the past. For the third iteration they partnered up with Moonduck Studio. Evil Geniuses, Empire, Vega Squadron, Virtus Pro, Liquid, and Alliance all received direct invites. Other teams are competing for two qualifier spots. At the time of this article’s writing, Mamas’ Boys and Complexity are scheduled to play the Winners’ Finals on February 3rd. RoX and Digital Chaos will play in the 3rd round of the Losers’ bracket. The winner of that matchup will face the loser of Mamas’ Boys vs. Complexity. 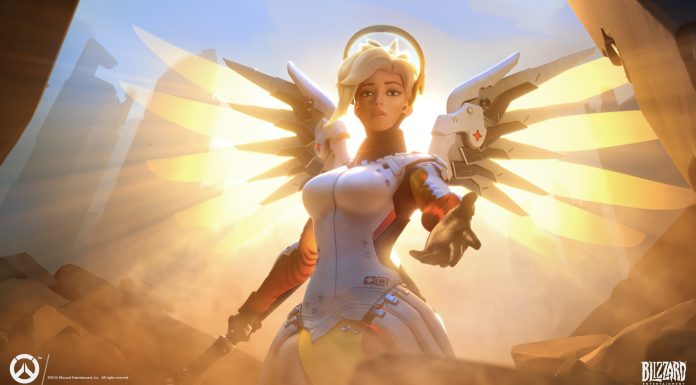 So far, the latest iteration of the tournament lacks a little of the magic of its predecessor. Perhaps it’s just because I’ve seen enough dota where none of the heroes are unknown or novel to me anymore, nor are any of the alternate gameplay modes. Or maybe it’s because the current meta doesn’t favor a super limited pool of heroes, and as a result most of the available ones have been picked in competitive games recently. In Starladder 13, 85 out of 109 possible heroes were picked at least once according to DatDota’s database. It just isn’t the same as seeing Phoenix played by a professional for the very first time. The playoff stage has yet to start, though, and I am looking forward to seeing teams like EG and Liquid be forced to innovate with a limited hero pool.

Other popular alternate gameplay modes are Ability Draft and ARDM (all – random death match).  Ability draft assigns a random 4-ability hero to each player. Next, players choose three abilities and an ultimate from a pool of the ten selected heroes plus two random heroes. This allows for some crazy combinations (aftershock + ball lightning anyone?) On the other hand, ARDM has been a popular format for tournaments’ all-star matches as they tend to be chaotic and exciting to watch. Each team is granted forty respawns and starts out with random heroes. After each death, the player is assigned a new random hero. Any items the player has purchased and hero levels are retained, but items can be sold for 85% of their value. This mode requires quick adaptation and good planning skills. Players who are used to being well-farmed carries may suddenly find themselves spawning as a support oriented hero.

The Summit 2’s All Star Match was played as an ARDM game.

Alternate gameplay modes are a great way to take a break after a losing streak and a fun way to experiment with new hero combos. You can check out Captains Draft 3.0 action at http://www.twitch.tv/moonducktv. The playoffs start on February 12th at noon EST and the grand finals will be played on the 17th. The tournament compendium is actually the first third party compendium to be released since the switch to Reborn. You can purchase the compendium and DotaTV ticket for $1.99 in the store. DotaCinema has released cosmetic sets for Abbadon, Pugna, Leshrac, Spirit Breaker, and Sand King. As for Ability Draft and ARDM, you’ll have to go experience it by playing a few rounds! 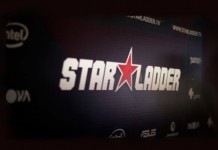