Dota 2 Craig Linscott -
-996
Silencer Here is a Hero that can silence entire stadiums of screaming fans. A fun trend that is going around in the larger LAN tournaments...
Via dota2walls.com

The Life as an Offlaner

Heading over to the offlane all by yourself is perhaps the most intimidating task in Dota 2. You know you’re going to be outnumbered, possibly even facing three, and it’s no surprise that you’ll often hear taking on a defensive trilane described as going to the “suicide lane”. There are only a handful of heroes who can get anything out of such a tricky situation without chain-feeding badly. A strong offlane player can have a disproportionate impact on the outcome of a match though, by slowing down the enemy carry or showing up in another lane with a fast level six, so mastering this position will earn you huge amounts of MMR. Let’s take a look at the best offlaner heroes in 6.87.

Possibly the strongest hero in Dota right now, Beastmaster has become a menace in pub games and a first phase ban or pick in every single professional match. He’s always provided his team with huge amounts of vision, lock-down, and push potential, but what’s taken him over the edge is his ability to clear out jungle camps faster than pretty much any other hero with his Boars. What this means is that when facing an impossible lane you can retreat to the jungle to rapidly farm up your items, only returning to lane when the wave is pushed onto your tower. With a fast Necronomicon, Beastmaster is one of the few offlaners who can solo kill the opposition carry.

No matter what patch we’re in it seems, Dark Seer will always be a top tier offlaner. Pushing out the wave with Ion Shells exerts huge amounts of pressure on the enemy safelane and keeps their supports busy, whilst you’re free to farm up jungle camps and dodge any ganks with Surge. With the ability to farm faster than any other offlaner perhaps, Dark Seer can quickly accumulate some game-winning aura items and his Vacuum into Wall of Replica combo makes him a team fight specialist, as you can see from the clip above.

“Solid”, “reliable”, “tanky” are words that spring to mind when thinking about Tidehunter. Kraken Shell makes Tide extremely tough to push out of the offlane, whilst Anchor Smash lets him grab a few last hits, farm up Ancients, and annoy melee carries. He’s a great choice if you’re going for that five man line-up and if you pull off some big Ravages then your team will love you. He’s not a particularly tricky hero to play mechanically but, as your team’s key initiator once you’ve got your Blink Dagger, your decision making needs to be spot on.

Although in many pub games you’re see Nature’s Prophets starting off in the jungle, or even farming Ancients from the cliff, all the pros play him in the offlane. His Treants will terrorize enemy supports and deter harassment, whilst his Teleportation skill allows him to gank other lanes at key moments or escape from tight spots. He’s a versatile hero with many different item builds and play-styles but we’re seeing plenty of combat Prophets from the top players right now, with early Drums, Orchids or Maelstroms frequently picked up.

Void as an offlaner is definitely a niche pick, but it’s incredibly effective with the right line-up. Void is extremely hard to push out of the lane thanks to his ability to Time Lapse any damage he receives. Whilst he can’t pressure the enemy carry too heavily, with a fast level 6 he can gank any lane he likes with a Chrono ready and if you manage to pull off some big initiations then you’re setting up your team for a victory. If you’re going to pick Void as an offlaner make sure you’ve got heroes on your side that can dish out the damage once you’ve got the enemy team locked down.

Lone Druid is the greedy offlaner option – a hero who farms well as an offlaner thanks to his tanky Spirit Bear and transitions into a pushing machine in the mid-game with the correct items. Savage Roar provides a decent escape tool in case you get caught out and you can easily fall back to the jungle to farm if need be. If you’re going to pick Lone Druid make sure it’s okay for you to farm for the early game first, otherwise you’re risking getting overrun by push line-ups. 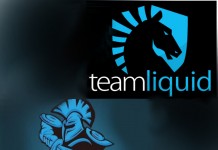