Reviews Stephen Draper -
-280
We were lucky enough to receive a Roccat Kova gaming mouse last month to review. I’ve used the mouse extensively, and have...
Halycon450 on DeviantArt

For me, there’s a frustrating disconnect when it comes to sports. I understand the rules of tennis and some of the finer points, like putting spin on the ball. But when it comes to actually executing the motion, I find that the ball goes soaring out of bounds or into the net.

I often feel the same way about Dota. I understand the game; I have watched hundreds of pro matches and replays. I understand some of the finer points like item and skill builds. But when it comes to actually pulling off the perfect wombo combo I find myself as uncoordinated as a… walrus climbing a mountain. I suspect many readers can empathize, even if they don’t want to admit it. Dota has a punishing learning curve and it’s difficult to improve unless one has many hours to devote to grinding out games.

That last part there is the problem for a lot of ‘adults’ such as myself. I work 40 hours a week in a job that sometimes requires overnight travel. If I’m not outside doing geology stuff, I’m staring at a computer screen all day. By the time I get home in the evenings and eat I’m usually not in the mood for much gaming. But I desperately want to improve as a player, if only to make watching pro matches that much more enjoyable. And maybe a to make it a little less embarrassing to reveal my MMR to people.

Here it is. I’m making a commitment to improve, right here, right now. I love writing about Dota2 and keeping up with the pro scene, and I can write better articles with better analysis if I become a better player, right?

I’ll admit I’m guilty of the “damn the manual, full steam ahead” mindset sometimes. The first time I ever played Dota I picked Razor because I thought his voice lines were hilarious. That was a disaster… luckily it was a bot match.

So here is the plan: I’m going to devote 4-5 hours each week (probably on weekends if I’m honest) to improving at Dota. I’m going back to basics: practicing last hitting, mana management, itemization, skill builds. That seems like a manageable amount of time with my schedule, and hopefully enough time to see some improvement.

I’m going to pick a few heroes and start over, practicing mechanics in the hopes that strengthening the foundation improves my gameplay on a whole.

Resources for Improving at Dota 2

Purge. I’ll probably read through Purge’s guide again and check out some of his newer uploads.

The Art of Support. This is a nicely put together guide (an eBook was available at some point) that focuses on supports, as the name implies, but does a good job explaining team compositions.

Merlini’s Twitch / VODS. He’s a very high level player but usually explains what he’s doing and why as he plays, which is great insight into the decision-making process.

I might even play the new Tutorial in Reborn, just to see what it’s all about. I don’t remember the old tutorial being particularly helpful, but we’ll see.

I’ll probably troll the internet for various other guides, so if you have written a useful guide and would like to show it off, send me an email at kara@esportsedition.com

Previous articleSlark Guide for 6.87
Next articleThe Pro’s Hero Picks for the Early 6.87 Meta 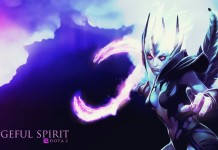 The Pro's Hero Picks for the Early 6.87 Meta