League of Legends Warren Francisco -
-300
League of Legends: New Items Season 10 has come and gone. Even with a global pandemic threatening our very existence and forcing us to stay...
What a waste.

Counter-Strike: Global Offensive has always been sorely lacking in the tutorial department. For a game with complex and often counter-intuitive mechanics, this can be a serious hurdle for new players–even if you’re an experienced FPS player, the fact that you need to stop moving before you shoot in order to be accurate is going to inevitably clash with years of deeply ingrained video game instinct. While the Operation Wildfire missions function as a surprisingly comprehensive introduction to CS:GO, there’s still room for improvement.

Well, actually, I lied. There is a tutorial in the game. That’s right. It’s nestled at the bottom of the “Play Now” menu. Most players miss it entirely–I know I did until several months ago, when I accidentally clicked on it and was startled when the game started loading a map I’d never seen before: the Weapons Course.

Of course, I exited to the main menu as soon as I could, because I’m great at Counter-Strike and totally don’t need a tutorial for anything.

It’s funny–because the game does nothing to point newer players in the direction of the Weapons Course, it’s almost only the more experienced ones who actually end up playing it. Sometimes, people just get bored and start clicking on menu items they’ve never clicked on before. It’s a way to pass the time, I suppose. What’s fascinating, however, is the small community of die-hard speedrunners who compete against one another to get the fastest completion time in the Weapons Course. This video, although it’s no longer the world record, should give you a good idea of what I’m talking about.

When I started playing CS:GO, my brother was patient enough to hold my digital hand. He took me into an empty server to explain and demonstrate recoil control, counter-strafing, and the basics of the economy metagame.

I had no idea what I was getting myself into.

The map loads in–I’m in a poorly lit room. There’s an SMG on the table in front of me. It reminds me of a horror film.

A voice with an accent that I can’t quite place–it’s definitely American–starts speaking to me. I tune him out until he tells me to pick up the gun. I’m eager–maybe a little too eager. He tells me to watch the “kickback” on the gun as I fire it at a wooden target. Boooooooring. It’s a half-baked explanation of recoil control, but it’s better than nothing. I rip that wooden target a new wooden-target-birthing hole and get ready for my next challenge.

Oh crap. He’s said something about how he hopes I’m paying attention. Now I’m supposed to shoot 5 bad guys. Wooden models of Ts and CTs pop up on the range in front of me. Well, which ones are the bad guys? This was never covered in orientation. I don’t even know who I’m fighting for. I was just given a gun, and now I’m supposed to decide who lives and who dies? It’s a lot of power for a new recruit, and I feel like it’s a test of my loyalties. I try to shoot a CT. Wrong answer, apparently. Fine. I kill 5 wooden Terrorists and feel oddly accomplished.

I pace around the room while my non-corporeal guide drones on and on. He mentions the phrase “short, controlled bursts,” which becomes increasingly obvious is this dude’s catchphrase. I shoot some more wooden targets while he explains wallbanging in a very vague way. I’m unable to ignore the fact that it’s basically impossible to wallbang with an SMG. My commanding officer is clearly a noob. Sigh.

Finally, I’m released. Next stop is a live firing range, I’m told. Excellent. Time to show off my skills. The narrator tells me he hopes I haven’t “forgotten about headshots.” He’s starting to get on my nerves.

I’m given an M4A4 and a Five-SeveN, and told to aim for the head. Shooting people in the foot, according to my new boss, is not very effective. Anyways, these wooden Terrorists have health bars attached to them, so I can see how much damage I do. Kinda neat. The disembodied voice whispers something about “short, controlled bursts.” When I run out of ammo, he reminds me in a soothing tone that I can switch to my pistol whenever I want to.

Once we’re done at the firing range, we make a pit-stop at a “grenade range” full of mannequins and, curiously, watermelons. There’s a whole box of high explosive nades, and a whole bunch of mannequins that need blowing up. I’m more than happy to oblige. Of course, my boss neglects to mention the fact that your HE grenades aren’t going to be anywhere near as deadly on real enemies. I’m beginning to think he wants me to die in the line of duty.

Now, I’m told, my reaction times are going to be tested at the pistol firing range. It’s a small, claustrophobic room that looks like it was designed by an ex-carnival worker in their terrifying, creepy old age. 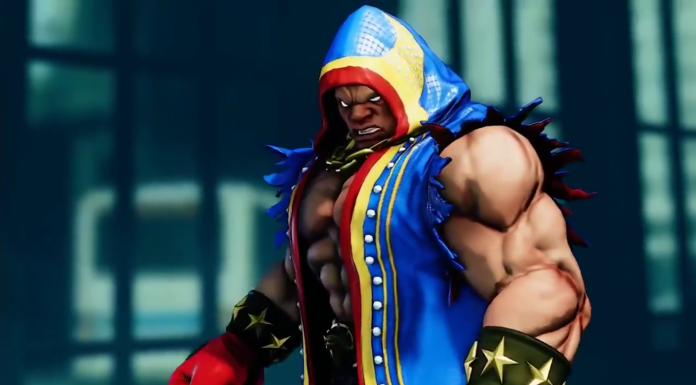 I’m given a Glock and told that I have 5 seconds to shoot two targets. If this is the level of training that I’m getting, I must be severely underpaid. I pass the first test with flying colors. He asks me to do it again. Just to make sure. Except this time, the asshole drops a flashbang onto the course, entirely without warning. Using military-grade equipment to temporarily blind an employee is definitely an OSHA violation. Funnily enough, he tells me I did an excellent job avoiding the flash. I guess sarcasm has a place in the military after all.

I walk out of the pistol firing range into a small corridor. At the end, there’s a table with a stack of bombs on it. I’m not an expert on explosives by any means, but this training course is a tragedy waiting to happen.

I’m told that I have to learn how to plant the bomb, but cautioned that I’d only be doing that if I was a “traitor.” Well, I’m certainly feeling more traitorous ever since I had a flashbang dropped on me by my colleague, so I’m more than happy to get a little practice with bomb planting. But after I plant it, I’m immediately told that I have to run to the other bombsite and defuse a bomb that’s already been planted. I contemplate letting it explode, but self-preservation wins out and I stick the defuse.

My boss informs me that it would’ve been faster with a defuse kit, but he neglected to give me one. I begin drafting my formal resignation letter in my head as I walk towards our next stop: a huge wall of guns. I gaze lustfully at them, but my boss tells me that “the suits” don’t let us use all of the weapons on the training course. What’s the point of having them, then? Weapons cost money in Counter-Strike, and the management at this facility is apparently determined to run their team’s economy into the ground.

What lies beyond this next door is the actual test–or so I’m told. I realize that this must be the part that people try to speedrun. I grab an AK-47, a knife, an HE grenade, and a Five-SeveN, and get ready to wage war against wooden Terrorists. Commanding Officer Asshole informs me that I can start whenever I’m ready.

I was born ready.

I walk towards the door and try to open it. It clicks–the lock is engaged. I try it again. Still locked.

Seriously? I try walking in and out of the room to see if the door will magically unlock itself. No luck. I try shooting the door. I try throwing grenades at it. I try retracing my steps through the map to find another door. I try blowing myself up eventually, but it doesn’t work. I don’t even take damage. I must be stuck in some kind of Weapons Course purgatory.

I reload the map and run through the entire course again, except this time an invisible wall pops up when I’m learning how to plant a bomb, and I can’t make it to the bombsite. I try shooting the invisible wall. It does not work.

I load the map. Again. This time, I notice that my instructor tells me that I can just walk out of the door to the left to progress directly to the final test. I gladly oblige, and find myself in front of my old nemesis–the door that wouldn’t open. And guess what? It’s still locked. I exit the game, fuming. After I shoot the door. A lot.

I still haven’t completed the Weapons Course. I don’t think I ever will. I’m just not cut out for the army. 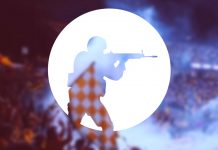