The LAN is a cultural institution unto itself in the world of professional Counter-Strike. I was talking with a colleague the other day about the upcoming MLG Columbus Major. As an avid League of Legends follower, they were curious about why I seemed to dismiss the results of online CS:GO matches–why would these be any less indicative of a team’s current form than their offline showings? It’s a perfectly reasonable question–and as the list of online tournaments and leagues continues to grow, it deserves a proper answer.

For professional CS:GO players, there’s little glory to be found in online victories. Former Fnatic player and tactical mastermind Markus “pronax” Wallsten noted in a 2014 interview, “[g]ood online achievements are not bad to have,” but “you have to perform on LAN to be considered ‘the best.’”

I won’t be delving into the long and often oral history of LAN culture and Counter-Strike–that’s for someone else to write a book about–but for new players or observers from outside the scene, it’s important to understand not just how LAN games are different from their online counterparts, but why these events grant such elevated status to the victors and consistently bring in higher numbers of viewers. Why do we love LANs so much?

No Excuses: The Technical Stuff

I’m not an expert on topics like netcode, hitreg, or even how the internet works–I’m assuming it involves massive underground tubes or tubes. Or both. The reality is, there’s an ongoing debate in the CS:GO community about how much–if at all–online gameplay is influenced by ping, the game’s lag compensation mechanics, and other nitty-gritty technical issues. I’m quite out of my depth in this particular area, so I’m inclined to agree with the maker of this decidedly well-reasoned and researched YouTube video. According to him, the bottom line is: yes, ping and the way that the game handles lag can cause ‘peeker’s advantage,’ especially when a player is prefiring a spot and there is a substantial ping differential, but people exaggerate the extent to which these actually influence typical gameplay scenarios in online matches.

While the final verdict on peeker’s advantage, defender’s advantage, clock correction, and other big words may still be out, LAN play removes these variables entirely. If we venture into more subjective territory, it’s easy to find examples of professionals describing the difference–Tarik “tarik” Celik of Counter Logic Gaming, for example, says that the M4a1-s is “literally a laser beam…on LAN.” Or, as analyst and ex-professional player Joona “natu” Leppänen noted with vague Nordic stoicism in an interview before ESL One Katowice 2015: “There is a significant difference between online and offline play.”

For younger professional CS:GO players, there is a great deal of pressure to perform on LAN, especially if you’re a new pickup on an established team. Part of this pressure comes from the community, who have unrealistic expectations about adjustment periods–if a player signs with a new team and goes to a LAN the next weekend, there’s only so much preparation that can be done ahead of time, and to expect perfect cohesion is nothing short of ridiculous. The presence of a crowd at LAN events–particularly in a large arena–is another stressor, one that younger or less “LAN-proven” players are more susceptible to. Some players, especially those with plenty of titles to their name, appear unflappable at offline events, feeding off the energy of the crowd. Others, despite their experience, still seem to have difficulty finding their comfort zone in the LAN environment.

And this is a good thing. Seriously. It’s this level of pressure that produces amazing games and highlight reels. You can watch a player’s crosshair shake in a clutch and feel their nervousness in a way that’s far more visceral than anything you’ll see in an online matchup . This clip of Ninjas in Pyjamas player Adam “friberg” Friberg doing what can only be described as “totally freaking out” is a good example of what I’m talking about.

If you watch enough online matches, you’ll start to notice that most teams use simple default setups or basic executes–teams rarely deploy complex strategies in these matches. The highlight moments in online matches, it must be said, are almost always the result of massive individual plays, not coordinated team efforts. This is not a slight against the work ethic of professional players by any means, just an observation. It makes perfect sense to save your strats for LAN events, where you can deploy new and unexpected tactics to rescue your team from the risk of tournament elimination, instead of wasting them in an online match. There’s a reason why we hadn’t seen Na’Vi’s incredible boosts on Overpass before IEM Katowice 2015–by selectively choosing when to reveal these ‘secret’ plays, teams are able to control their opponent’s ability to anti-strat them before a LAN event. Fans of teams will grudgingly blame a loss on a team ‘saving strats’ for an event, and, of course, we have no way of knowing how actively teams decide to hide certain tricks. But most online games, unless a team is facing elimination from a league, simply aren’t of enough significance to merit taking out the proverbial ‘big guns.’

Do It On LAN, You Filthy Onliner

In a Reddit AMA nearly two years ago, before the matchfixing scandal, former iBuyPower player Sam “DaZeD” Marine explained the cautiousness of the scene when faced with undiscovered talent: “If you are good[,] people will take notice and you will get offers to join teams…[Y]ou will always be called an onliner/cheater unless you do well at a major LAN in this game. Just how it is.” This suspicion is, although maybe unfortunate, an understandable byproduct of a scene that has grappled with cheaters since the birth of its competitive scene. Now, at least, large tournaments are willing to devote time and resources to thoroughly inspecting player peripherals and computer files in order to ensure a cheat-free LAN. While there’s no shortage of tinfoil hats, pitchforks, and other witch-hunt friendly instruments that the community uses to accuse players of cheating, more reasonable minds should recognize that it is borderline impossible to cheat at large offline events in 2016.

I won’t lie–I’ve often wondered how easy it would be for a professional player to cheat in an online match. See, if there is cheating going on at the higher levels of play, it would be happening in online matches. For established players or newcomers on established teams, the risk of getting caught at a major LAN would, with the current safeguards in place, be far too great. There’s a twisted sort of logic behind the decision to cheat in an online game to make it to an offline event–if everyone’s accusing you of being an “onliner” who needs to “do it on LAN,” but you’re unable to qualify for a LAN to “prove yourself,” then I can easily imagine the temptation a player might face.

This is one more reason why the Counter-Strike community fixates on LANs–these events can’t be marked with an asterisk in the same way that an online matchup could. Guilty until proven innocent may not be the best system, but I can live with it. I don’t have children, but watching a player make the transition from “onliner” to LAN-proven veteran probably feels exactly the same as watching your child grow up.

So What’s The Point of Online Matches?

The short answer: yes. They’re worth it. Players do–and should continue to–take these games seriously. But there’s a potent combination of factors that make online leagues seem less and less appealing for players and their organizations. Part of CS:GO’s fixation on LAN events stems from the lack of online events that carry either significant prestige or a hefty enough prize purse. There have been a handful of noteworthy online-only events–Aftonbladet’s recent Fight Night showdown between Fnatic and Astralis and RoomOnFire’s Caseking King of the Hill tournament both took place online and attracted a sizable numbers of viewers. I don’t see CS:GO moving away from a LAN-centric competitive scene anytime soon–or ever, to be entirely honest. But if the popularity–and substantial prize pool–of the ESL Pro League is any indication, it is quite possible that the future will see more online matches that are not only worthy of our attention, but worth watching. 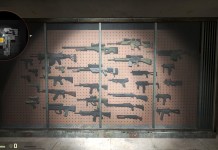